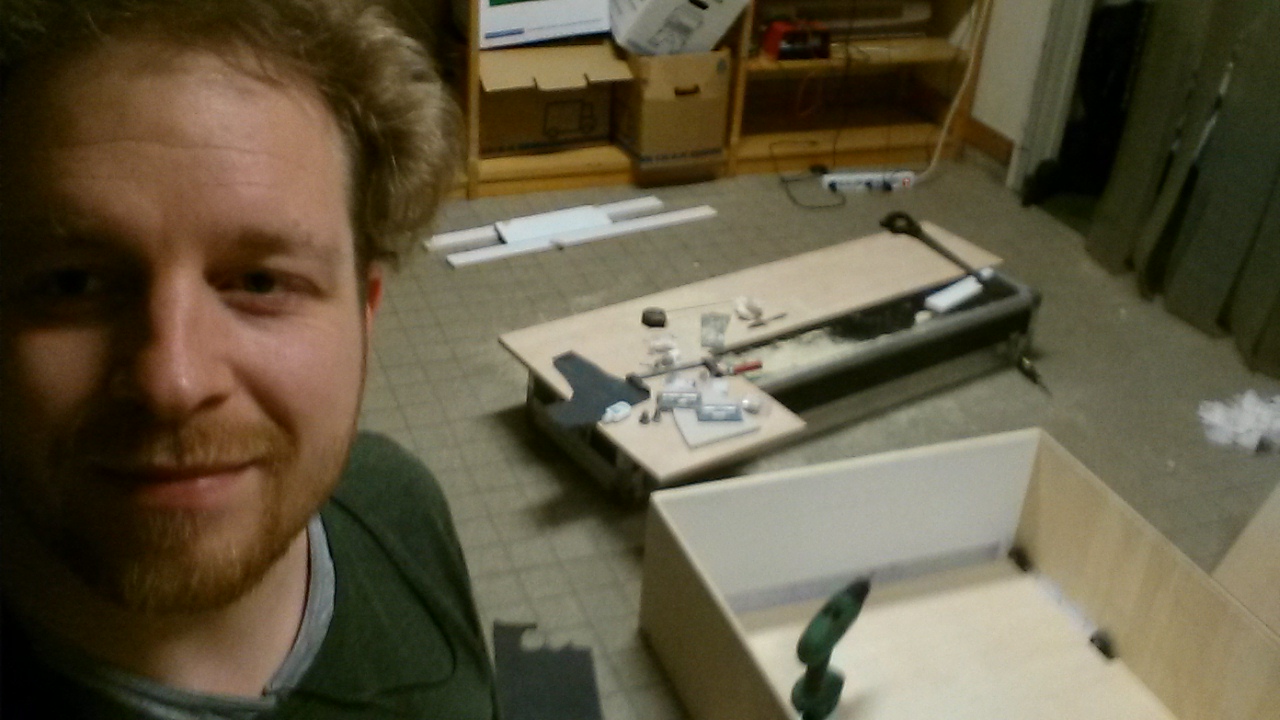 Yes, I’m an idiot. First, even though I know that I would be leaving in the beginning of summer, that I would drive through Iran in mid-summer (+50˚C) and would end up in Russia in mid-winter (-50˚C), my mind was still made up to do it this way. Thinking more deeply about this, I figured that a lot more preparations and modifications are necessary to the car, to be able to actually survive the trip. something I neither have the money nor skills for at the moment. 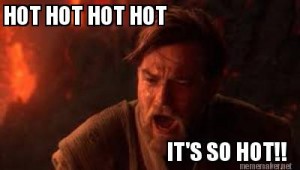 So, what does this mean? There are 3 solutions to the problem:

The preferred option is 3, if I can find a job for half a year. This is also because it’s possible to plan the trip more loosely. I haven’t been studying the visum requirements of all countries, but I don’t want to rush my trip to be at certain borders.

So, Soon I will post my new plan. I’m sure the new plan and route will also be much more forgiving on the people that want to travel along with me. So, to be continued… 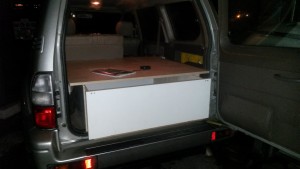 Secondly, I have been working on a drawer system / sleeping platform for in the back of Brutus. After measuring, sawing, and putting it all together, I tried to fit it in the car. It looks pretty good but it didn’t work out as I planned. 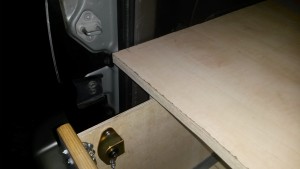 The whole design was based on 108 cm of space behind the rear seats, while there was only 103 cm there. Back to the drawing board and saw bench I guess :P. Can’t wait to get it right though!

Thirdly, I got my new tires installed at the Toyota workshop in Utrecht. However, I forgot to mention that they should leave one of the tires (an all-season tire) on the rim, put one of the tires on the spare rim, and put that wheel under the car. So I had 4 freshly installed wheels, and a leaky summer spare tire on the back of the car. This, however, was solved by the garage when I came to pick up the old tires. Because they like my plan so much they put the tire on the spare rim, and balanced the wheel for free! Thanks, Toyota Kooijman!

I hope the next post will be less idiotic.

Some more pictures of the building process: 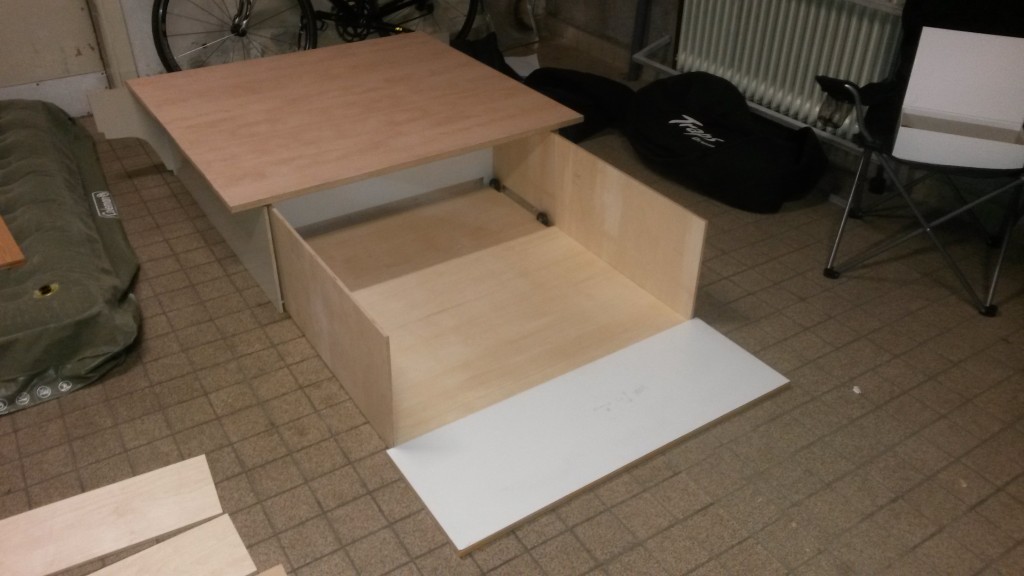 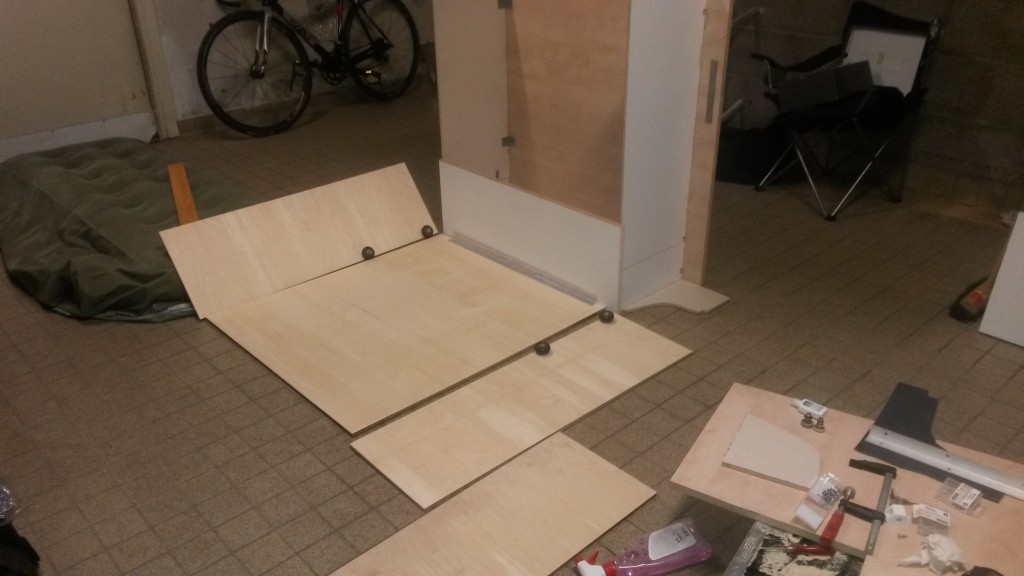 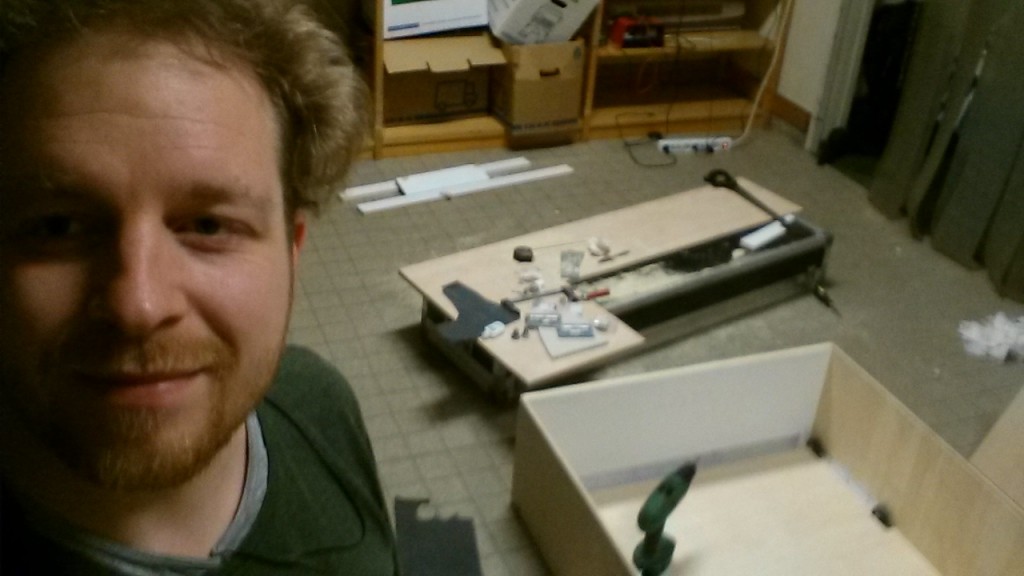 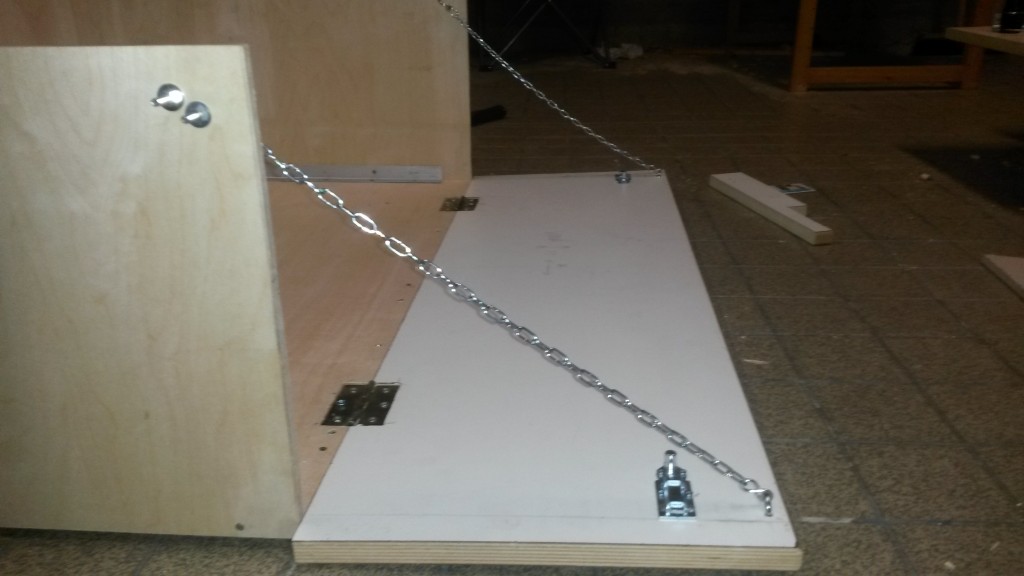