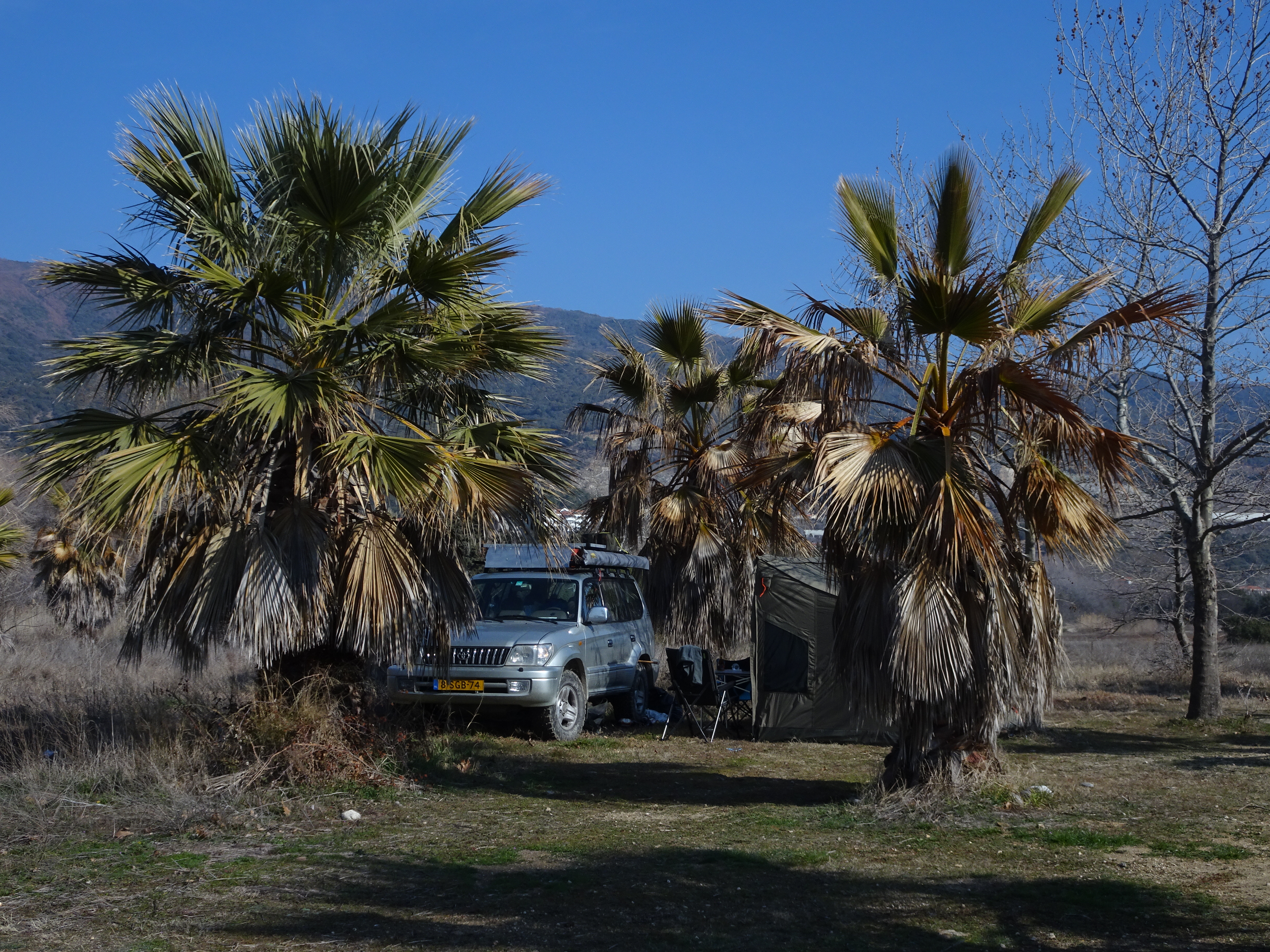 On the camp site in Montenegro we took our time to warm up in the winter sun and do some repairs while having a nice breakfast. 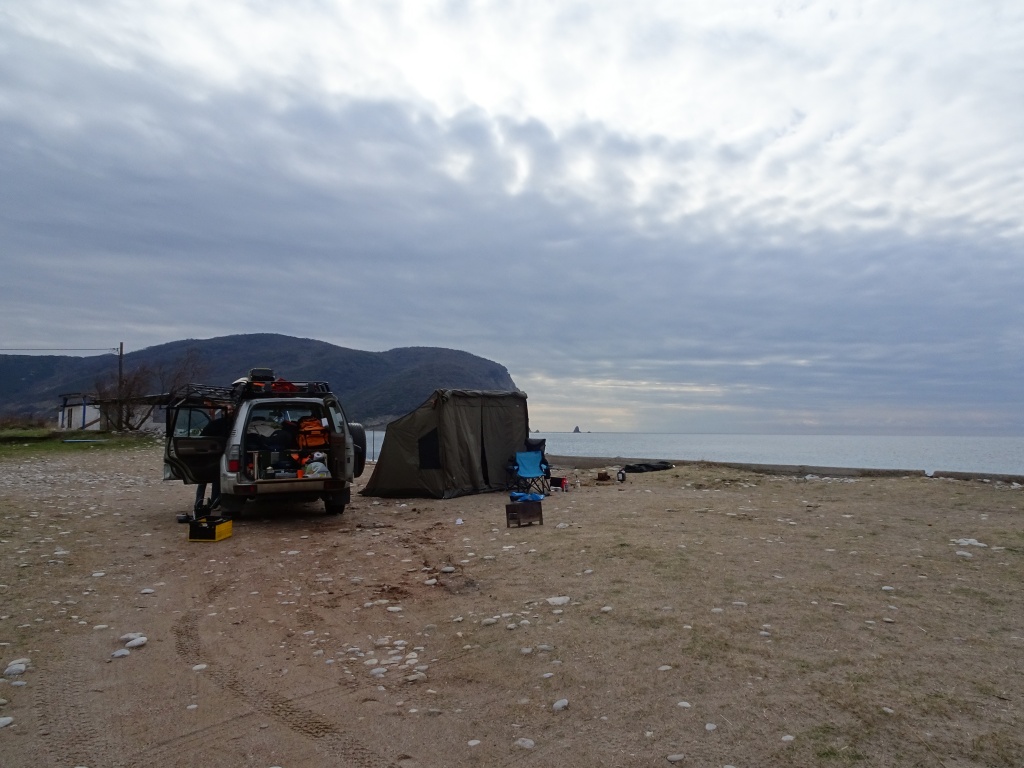 Our beach camp in Montenegro 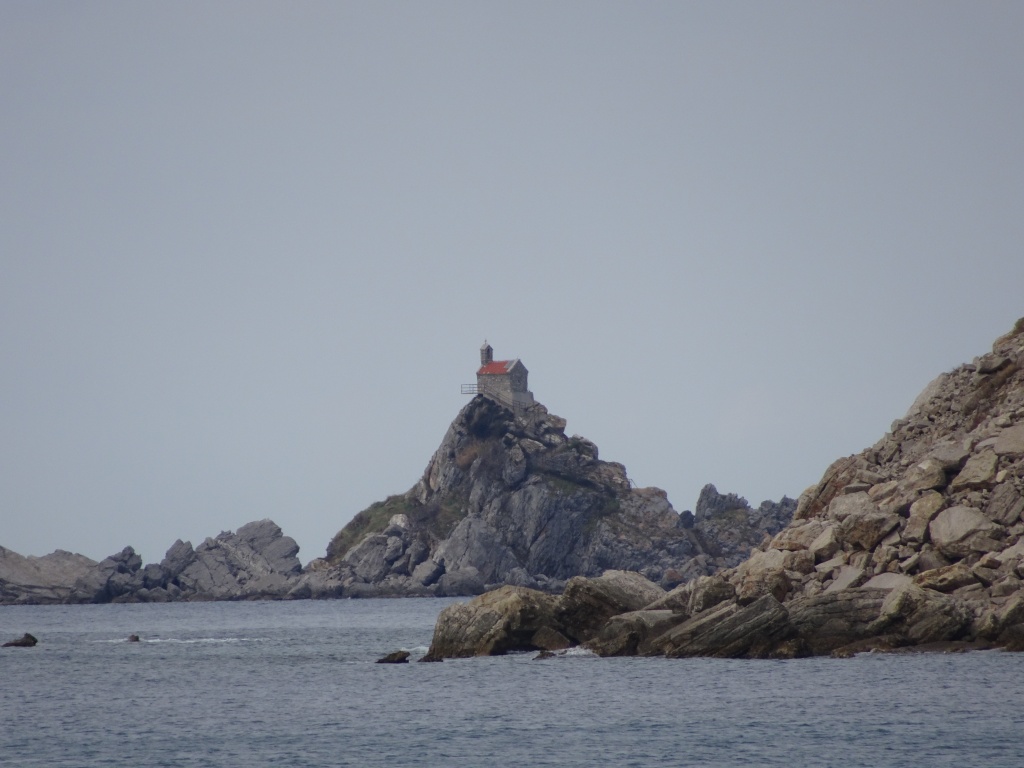 A nice island near the coast

Now it was time to drive into Albania where, as we discovered, it wasn’t as easy to drive anymore. But first we went past Shkrodër, where a beautiful old castle stands that had to be checked out. 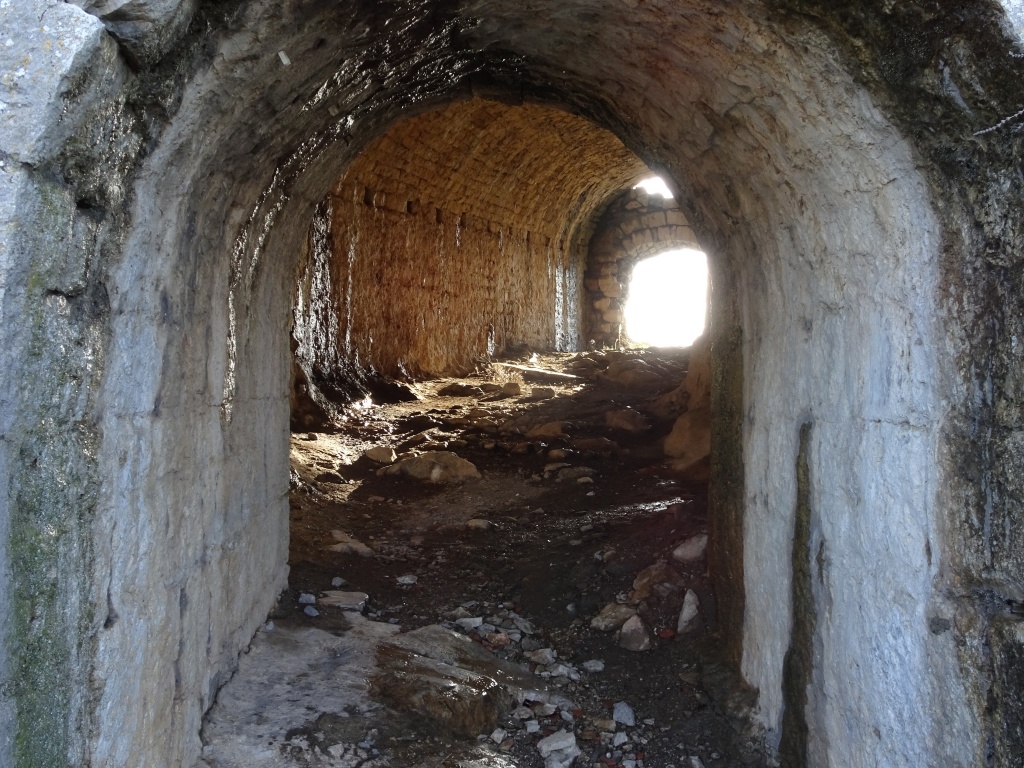 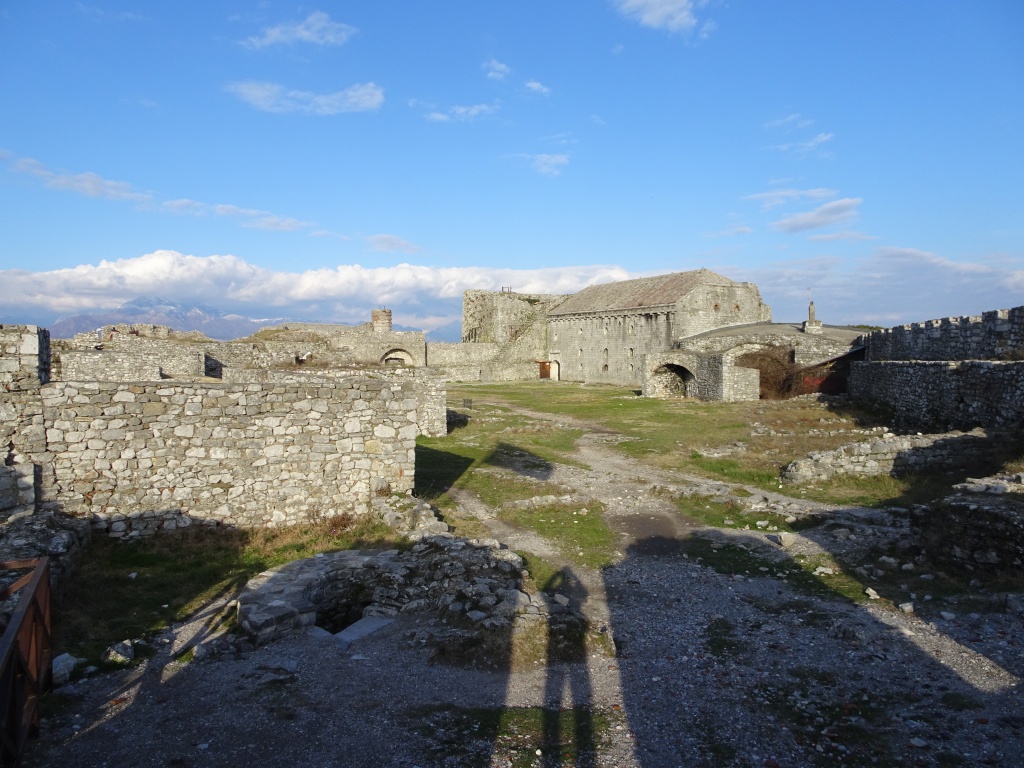 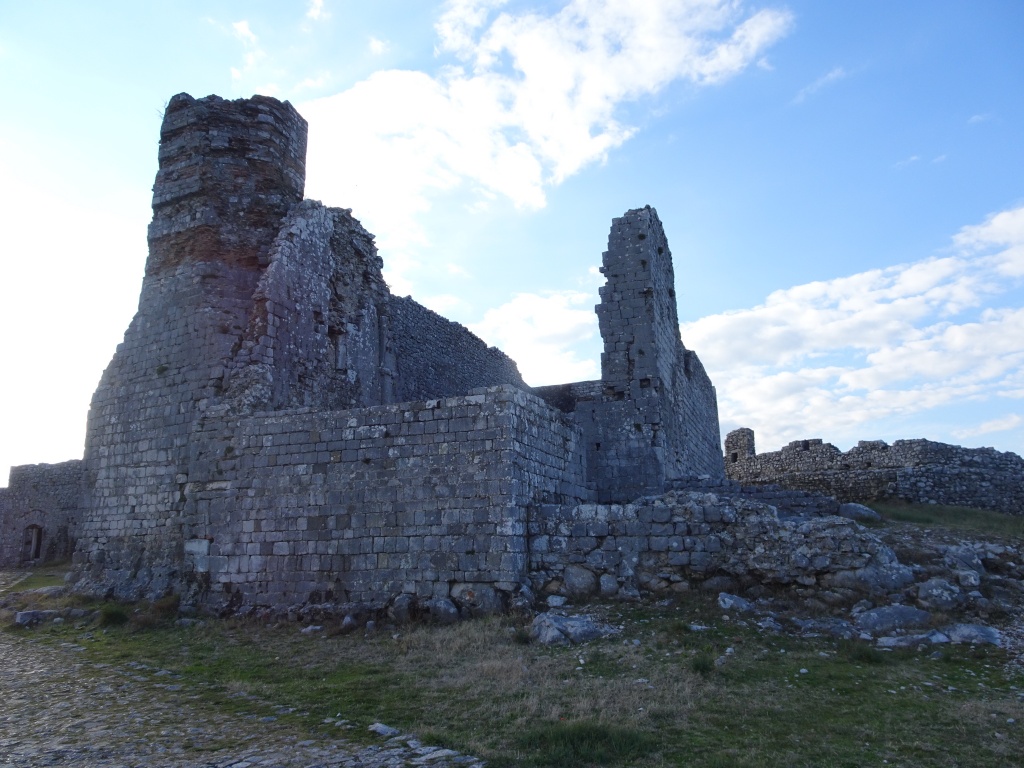 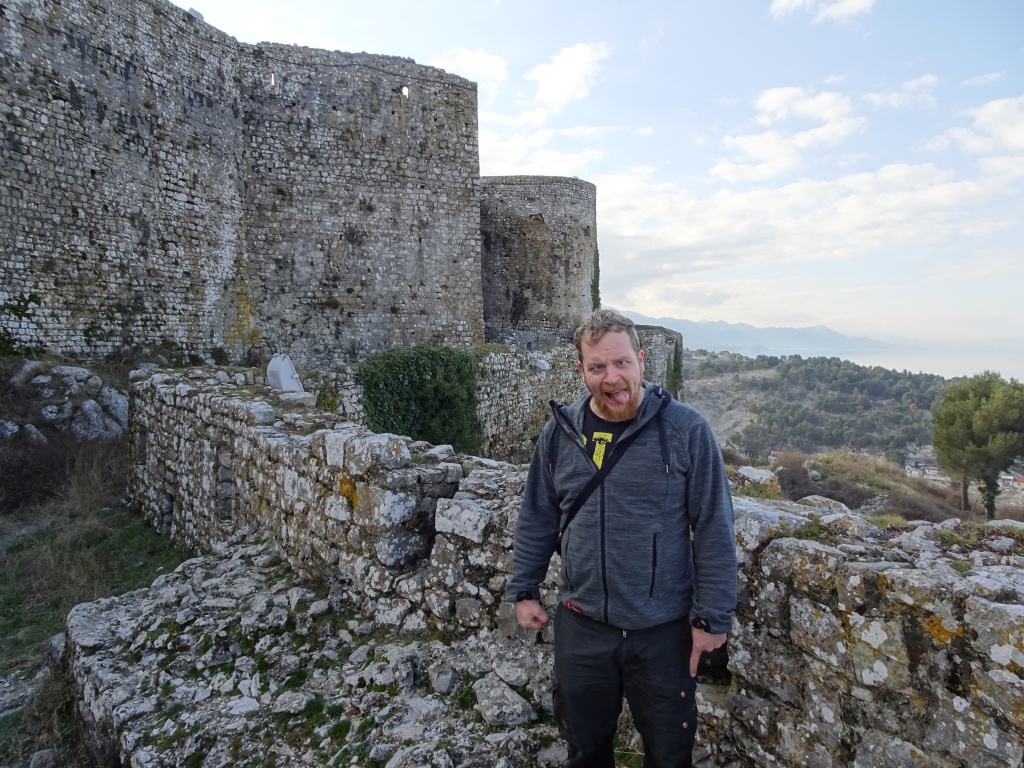 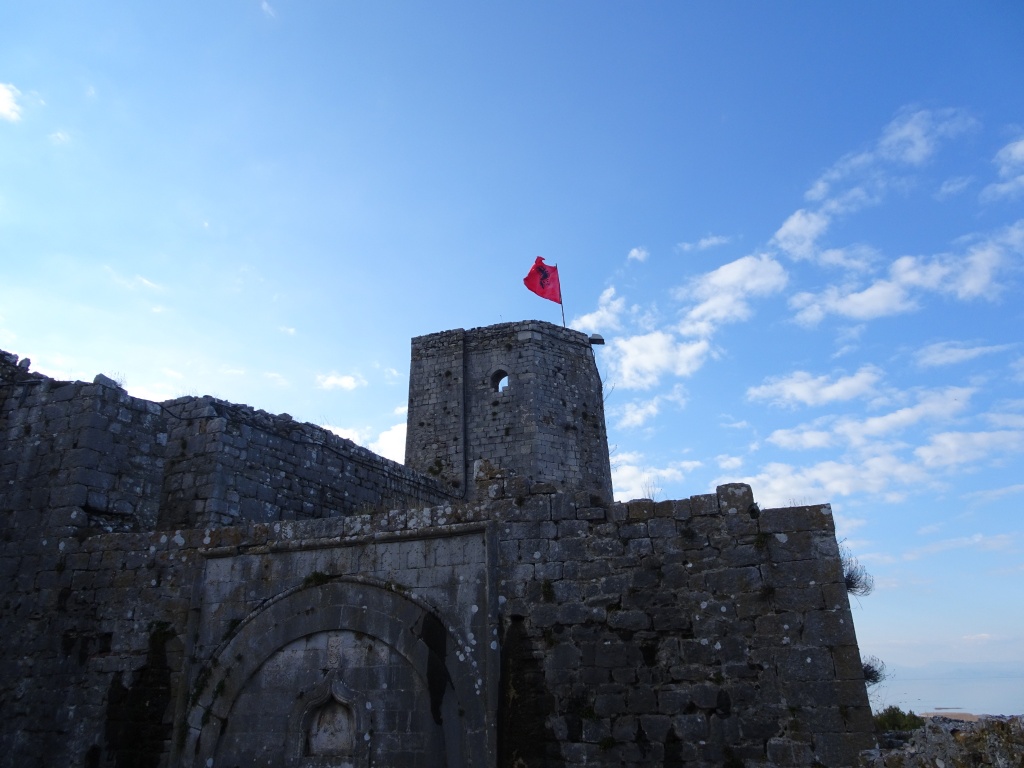 There is a whole different traffic culture and a shitload of potholes to navigate past. We somehow ended up in downtown Tirana and it was quite an experience. Roundabouts are just flowing like water. If you’re first, you win. Quite the driver skill test and good practice for the countries to come. It is a beautiful country so it’s well worth the trouble.

Jasper found a camping spot near Durres called Pa Emer. It was quite well hidden and very dark but the parents of the owner were there and were very welcoming. We could set up camp for €10 and they prepared a local fish dinner for us. Also they told us we were the first guests this year

The next day we discovered that this camping is actually being improved and well on its way to become a little slice of heaven with a very cool man made island in front of it. But, after a simple breakfast and some route planning, it was time to move on again in the direction of Macedonia. 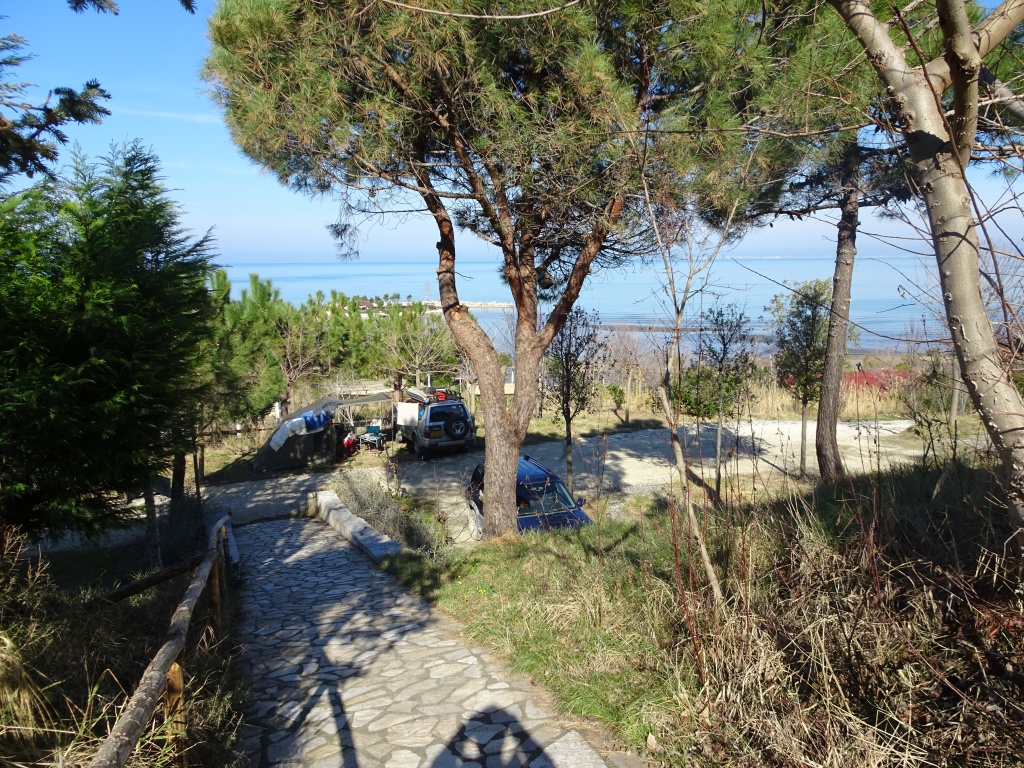 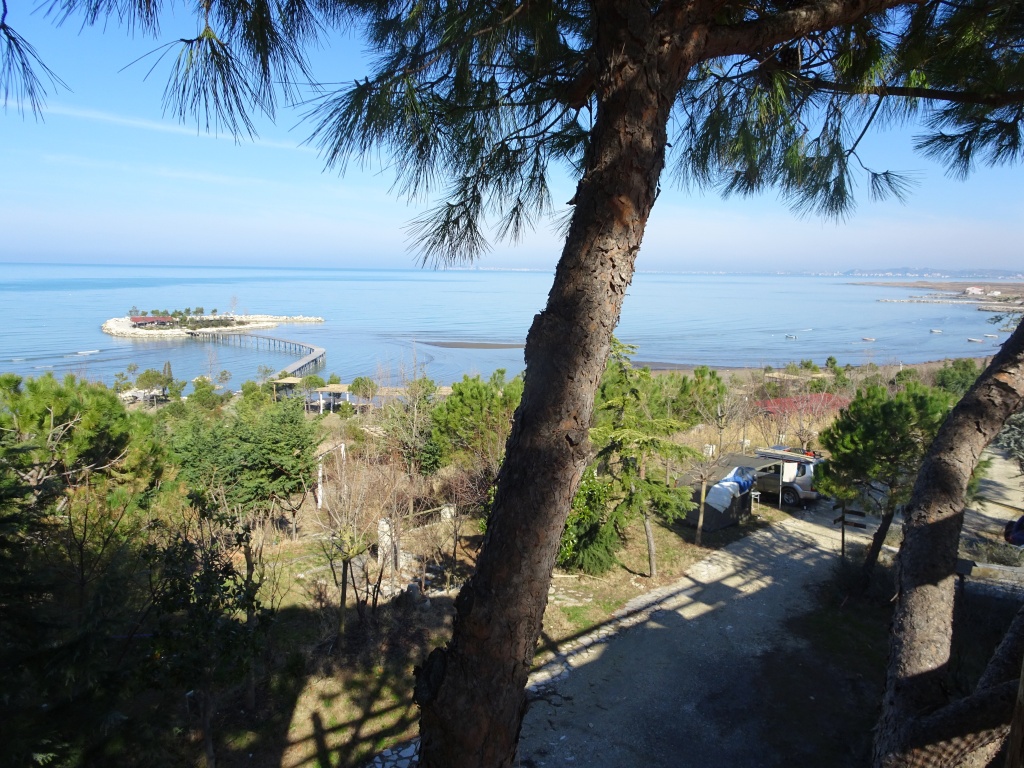 There are 2 large lakes in Macedonia, and Maps.me gave us a few suggestions for camp sites. Of course, this time of the year they are closed, but some are still accessible, like the one we drove on to. We found a nice spot at the shore of lake Ohrid where we set up camp and lit a fire. It was about 1 degree so we were very happy to find good dry fire wood. At some point we were a little startled by a big light beam coming from the water, but they seemed to be fishermen who were checking our activity on the camping. After a cold night and a great bacon and eggs breakfast we left for Greece. 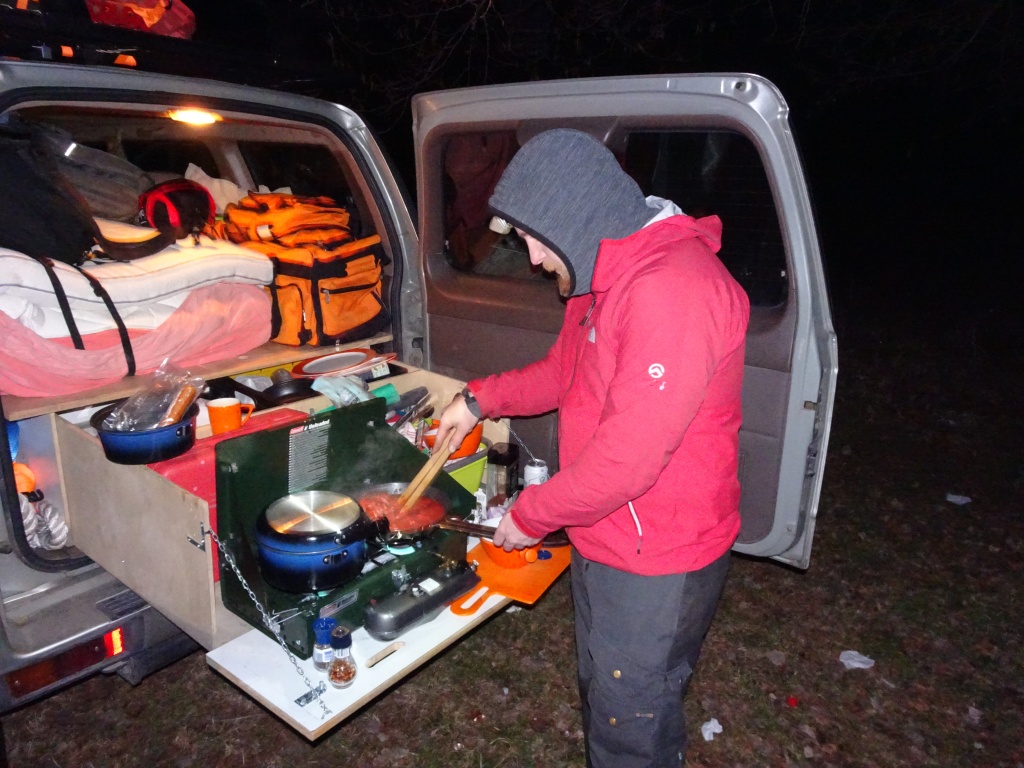 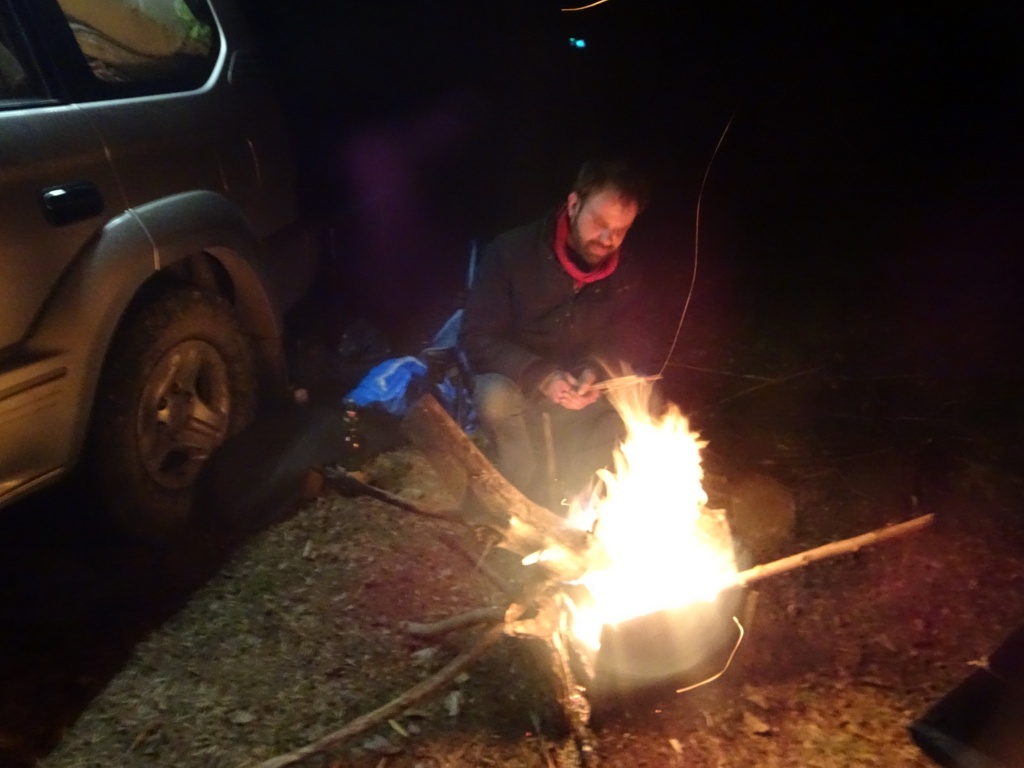 Building a much needed fire 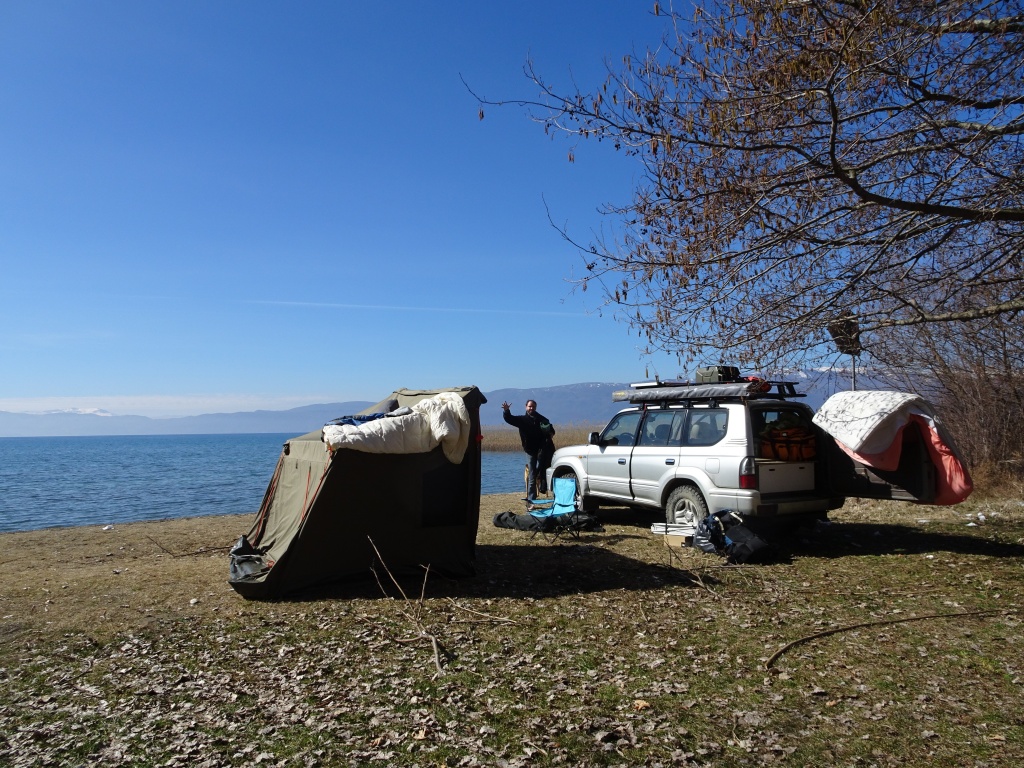 There weren’t many kilometers to drive in Macedonia left. But we made a stop in the old town of Ohrid. There is a church from the 13 hundreds and a nicely restored fortress. 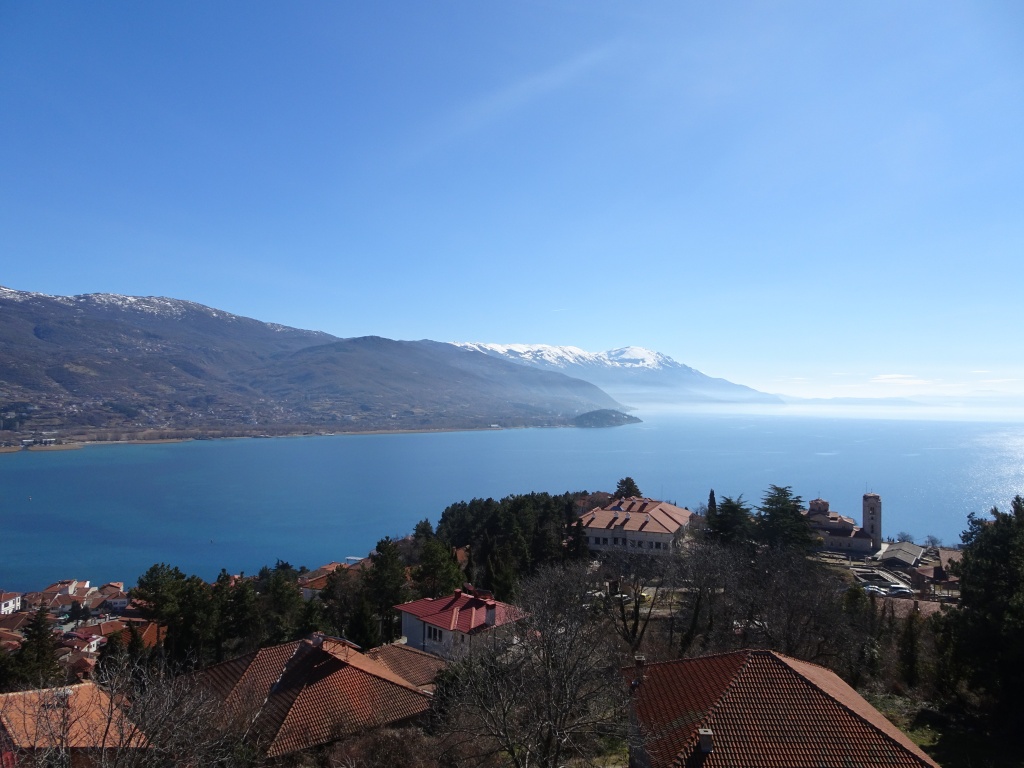 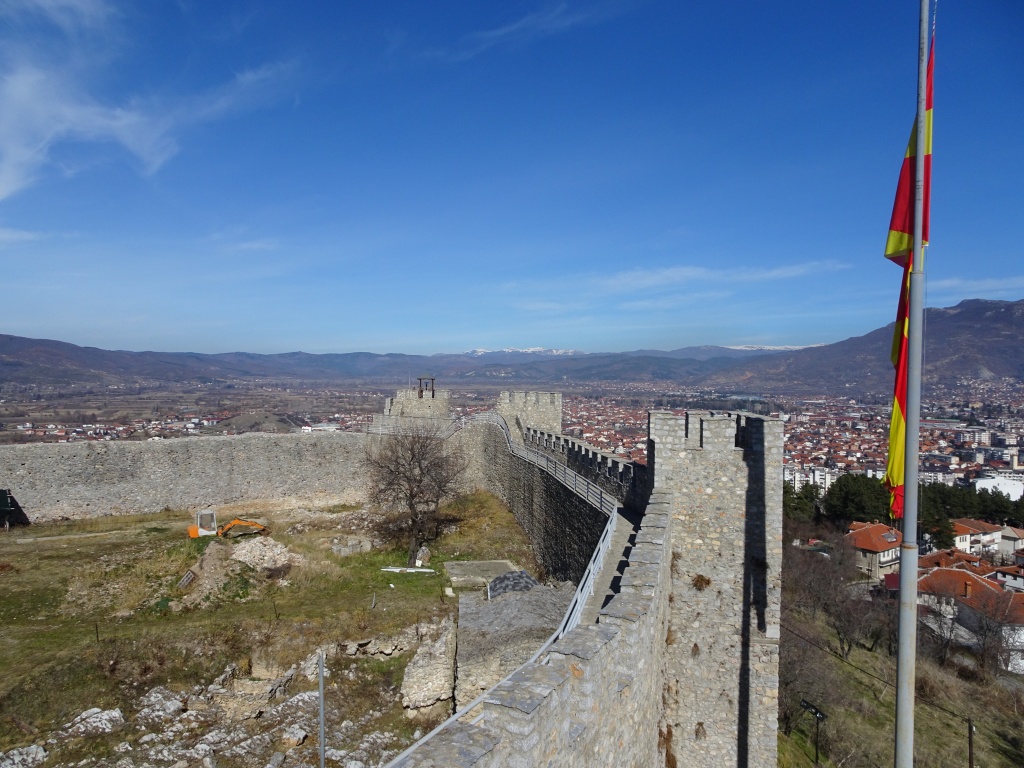 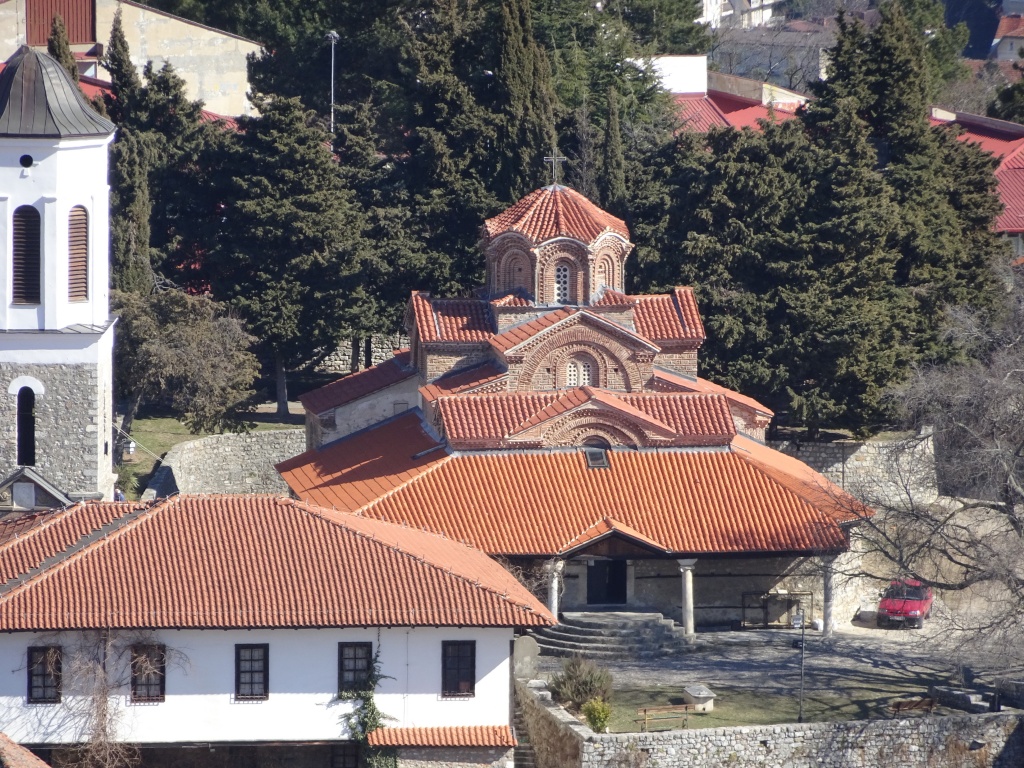 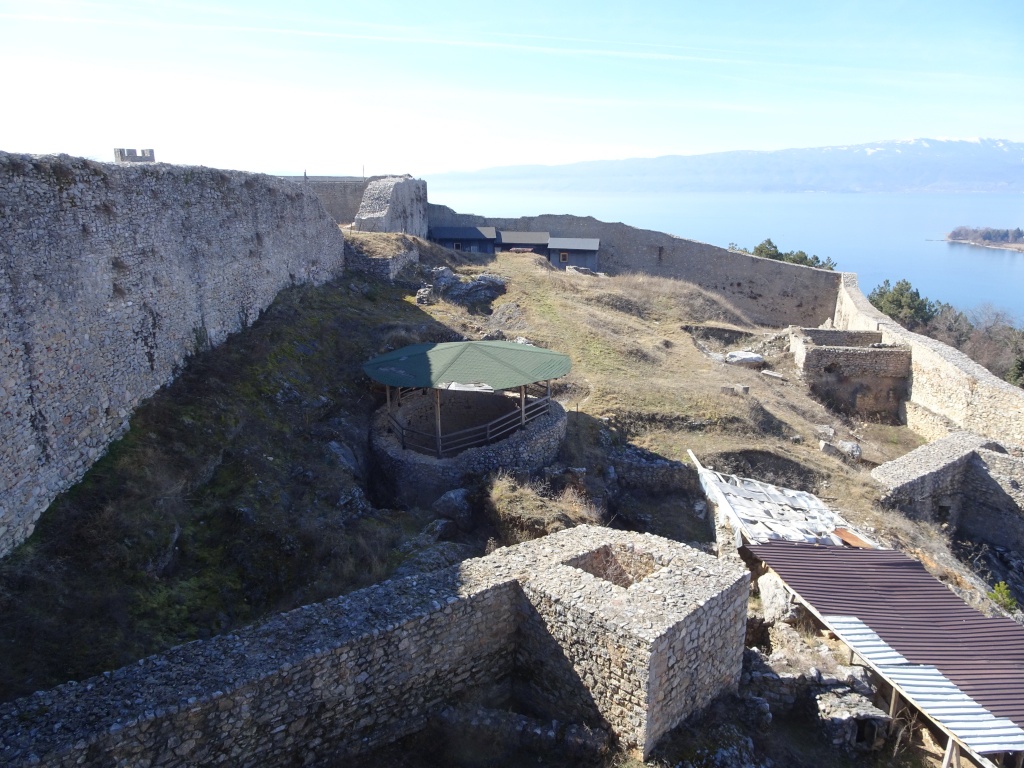 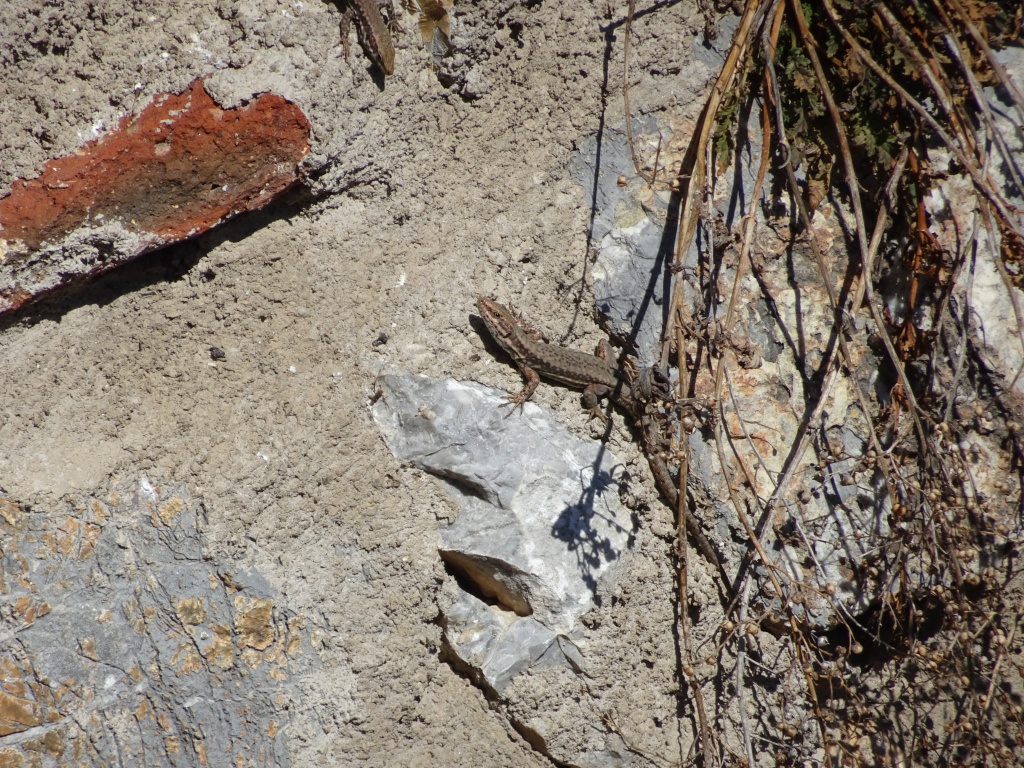 We went to the border and easily transitioned back into the EU, onto excellent roads. We passed Tessaloniki to drive to a little town called Asprovalta. There we had a nice Greek dinner with Tadziki and oily meat. We asked if it’s ok to camp on the beach. Apparently that’s just fine in winter. We drove along the beach for while until we found a cute little spot between some palm trees. Here we set up camp and we had a few beers. I also tested my 220V inverter on my laptop and it worked fine. So I’ll have to install it somewhere so I can use it on the road. We figured that connecting the solar cell in the evening is a good way to get some amps in the batteries in the time before getting up. 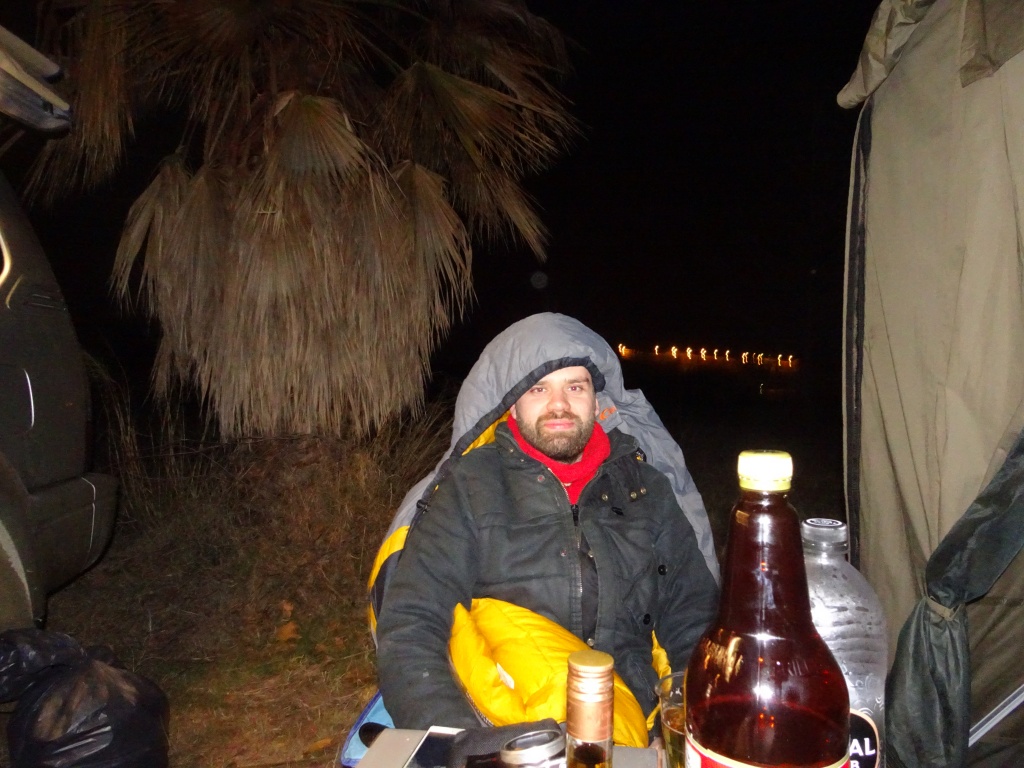 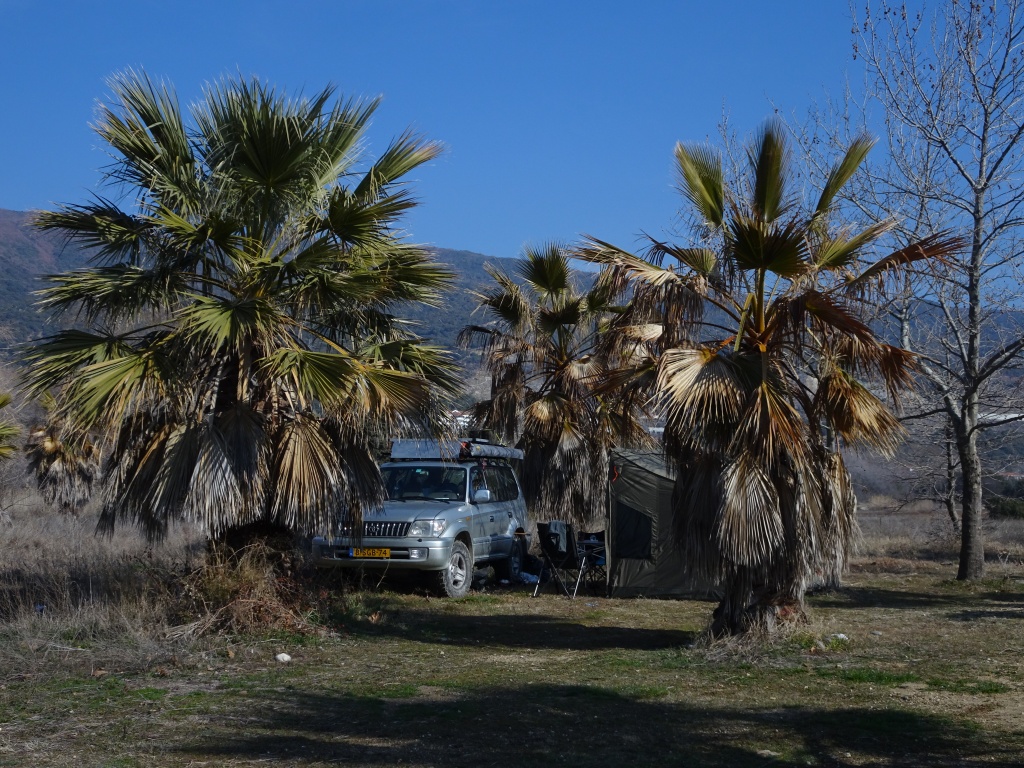 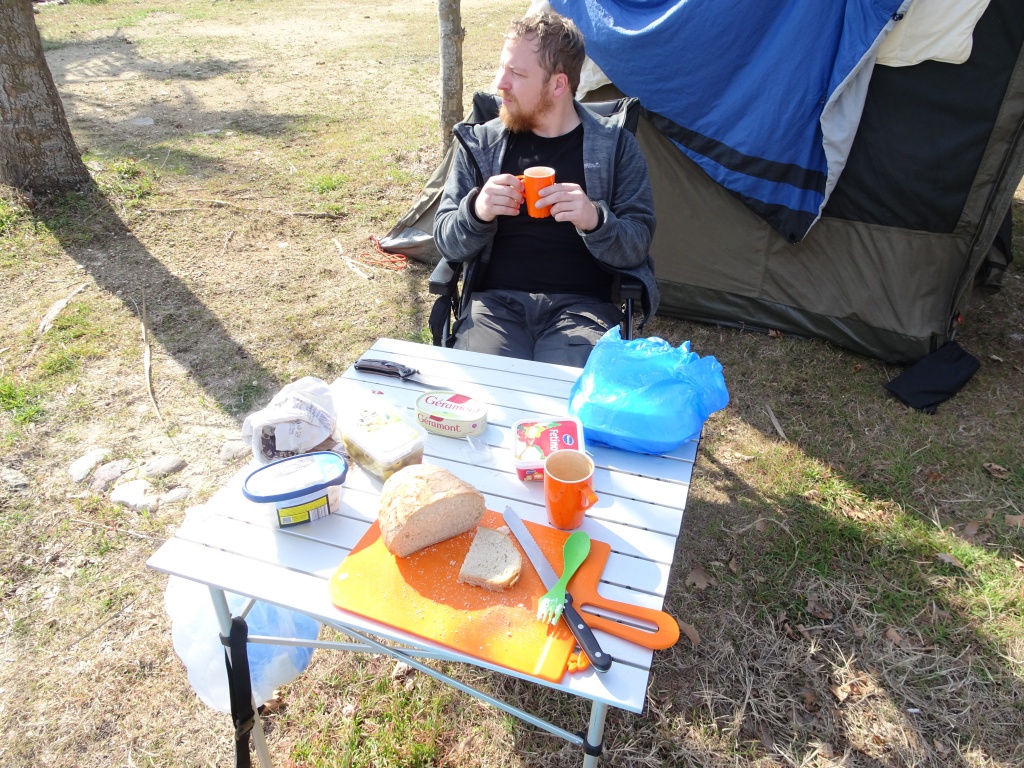 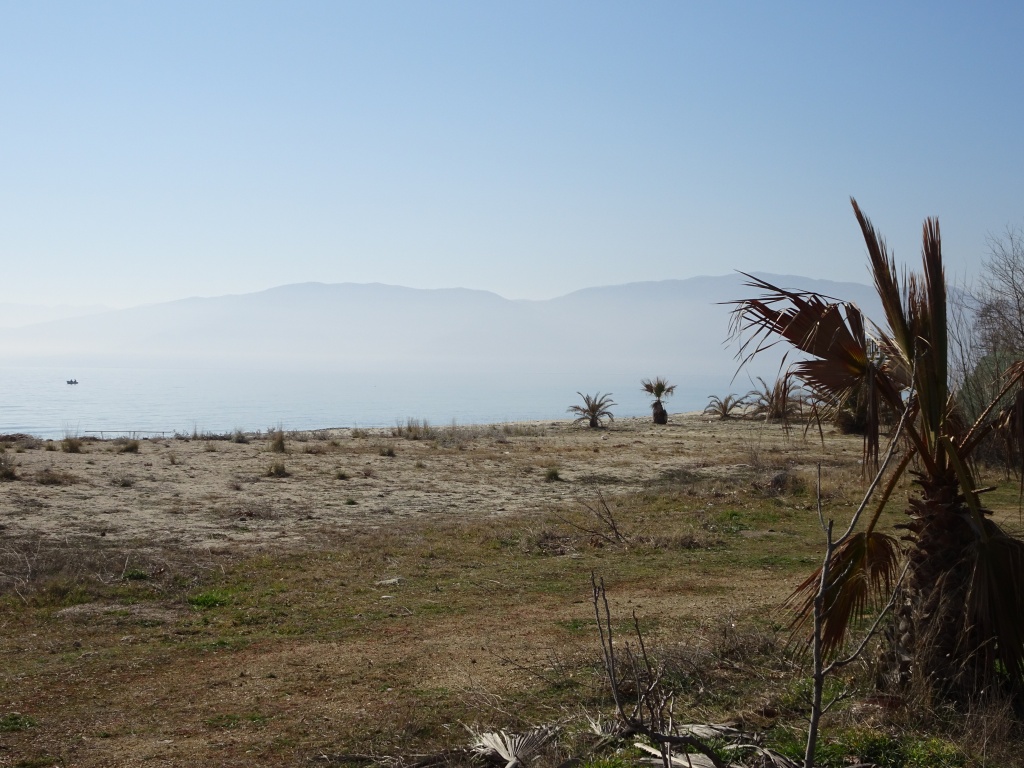