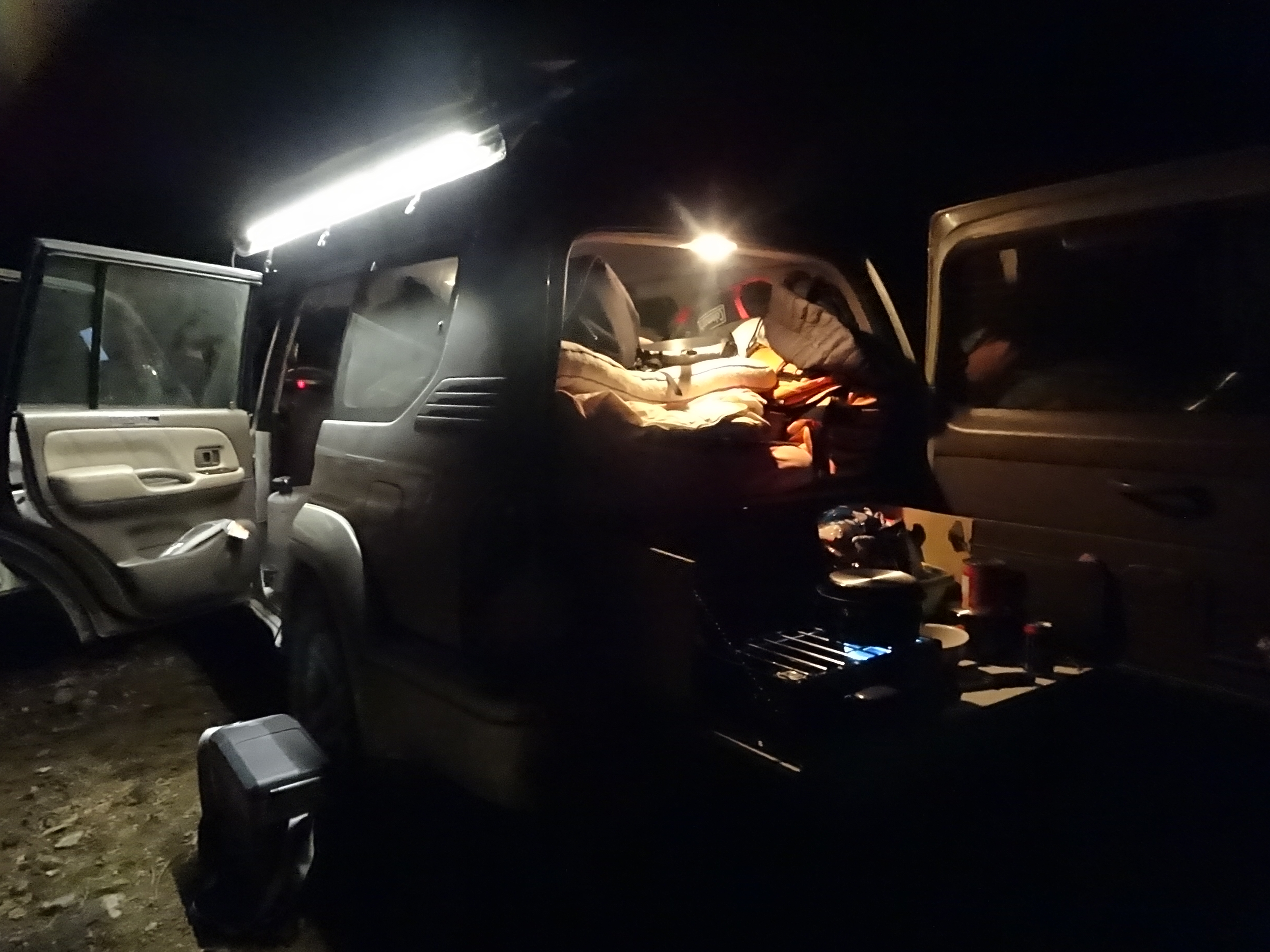 On monday Jasper left on an airplane back to NL and I went on alone. This is what the road looks like when driving alone: 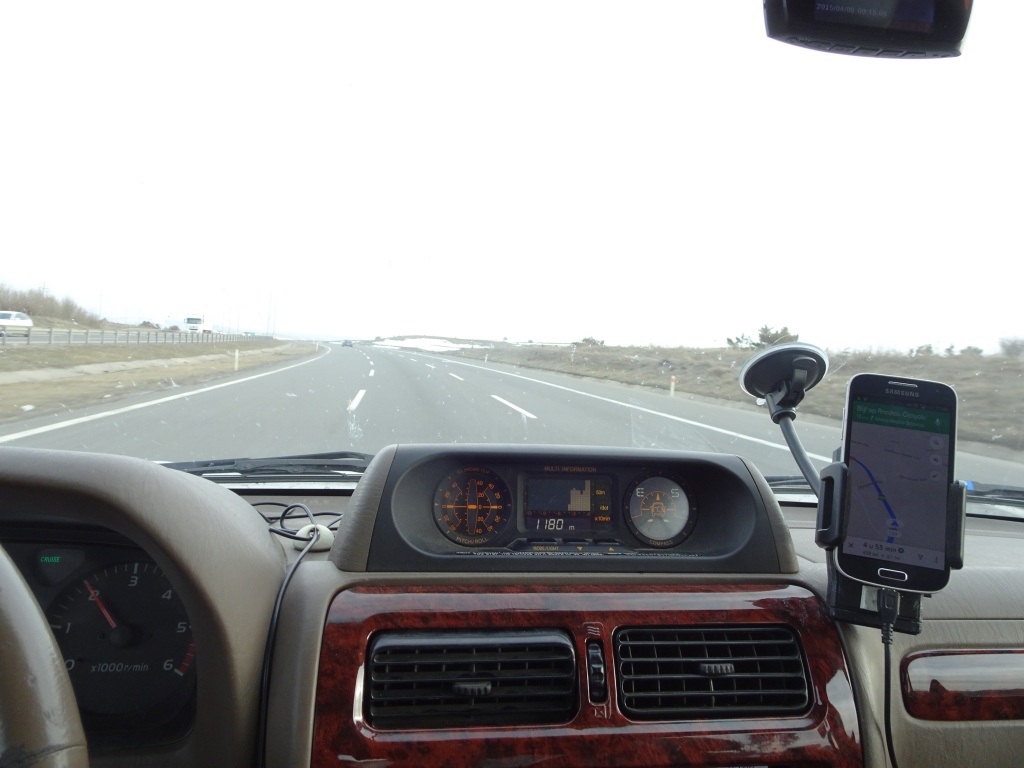 On the road alone

It looks pretty much the same, only I’ve got only myself to talk to. But I’m a good listener so all is well. I drove for quite a while, all the way past Ankara until is was about 20:30 and very dark. I stopped at a gas station for some köfte. The guy serving the food didn’t speak English but I managed to make clear that I wanted to sleep in my car there. He explained that they would look out while I was sleeping. The night was kind of ok and I woke up at 8. I went for some tea and prepped my car back for the road. Breakfast time was half an hour later a few kilometers off the highway. 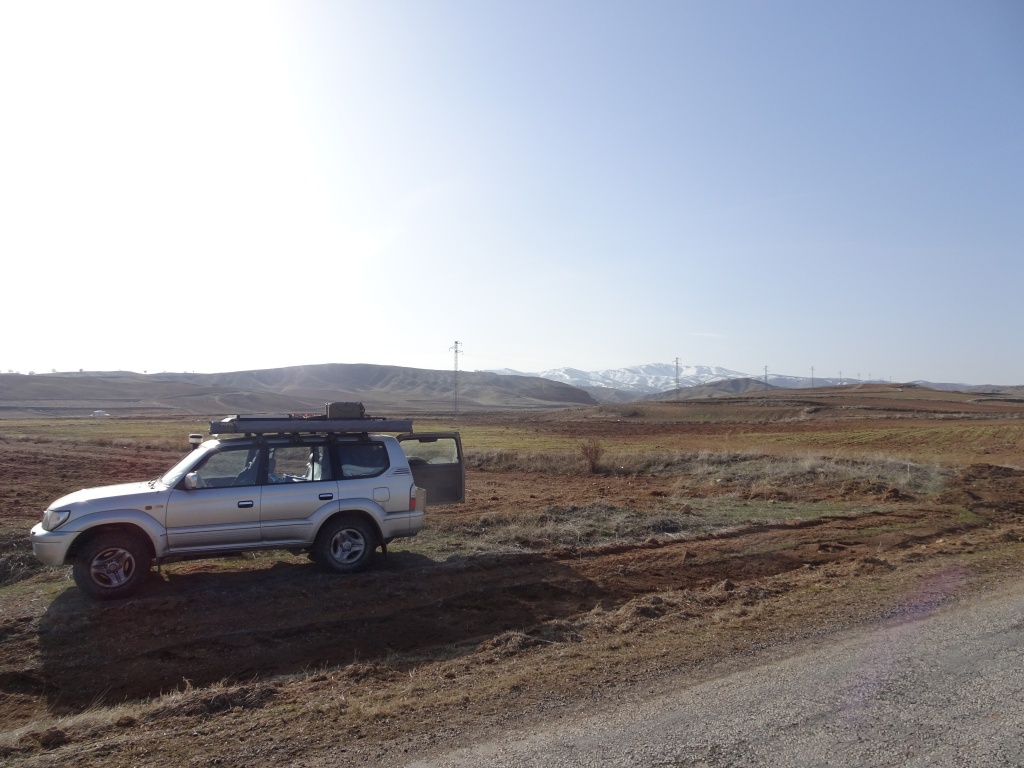 Breakfast in the countryside

A few hours later I saw a bunch of buildings besides the road which looked like car workshops. Perhaps a good opportunity to get my awning fixed. I drove to the back and asked some dudes if they could help me out, hands and feet language of course. 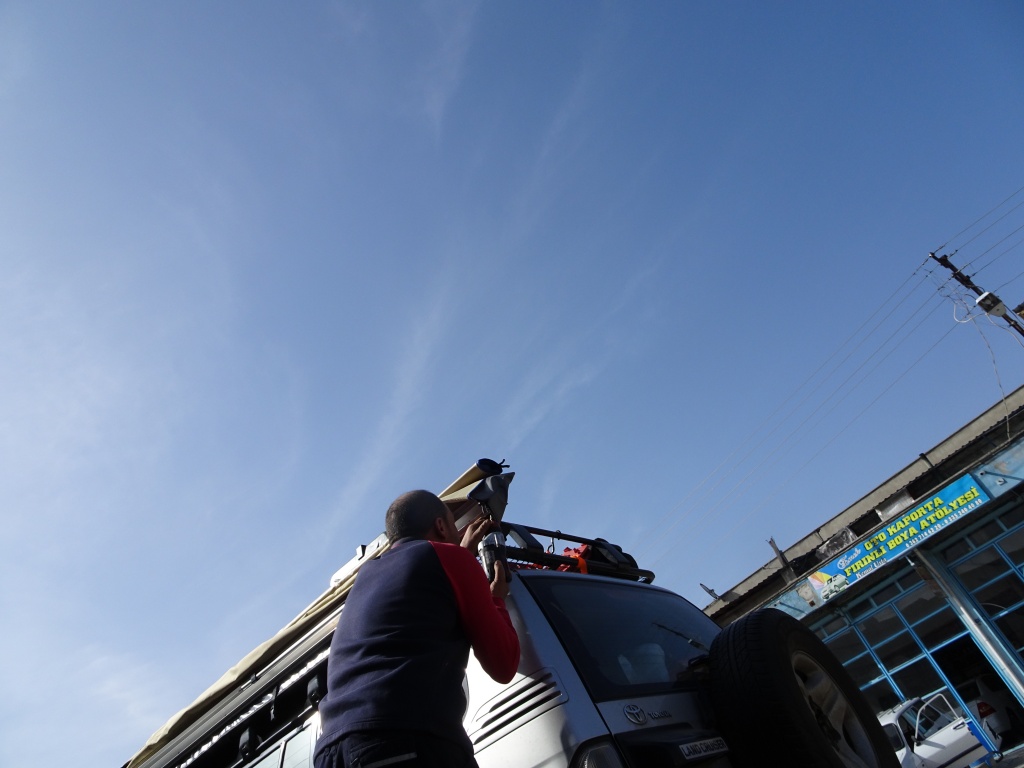 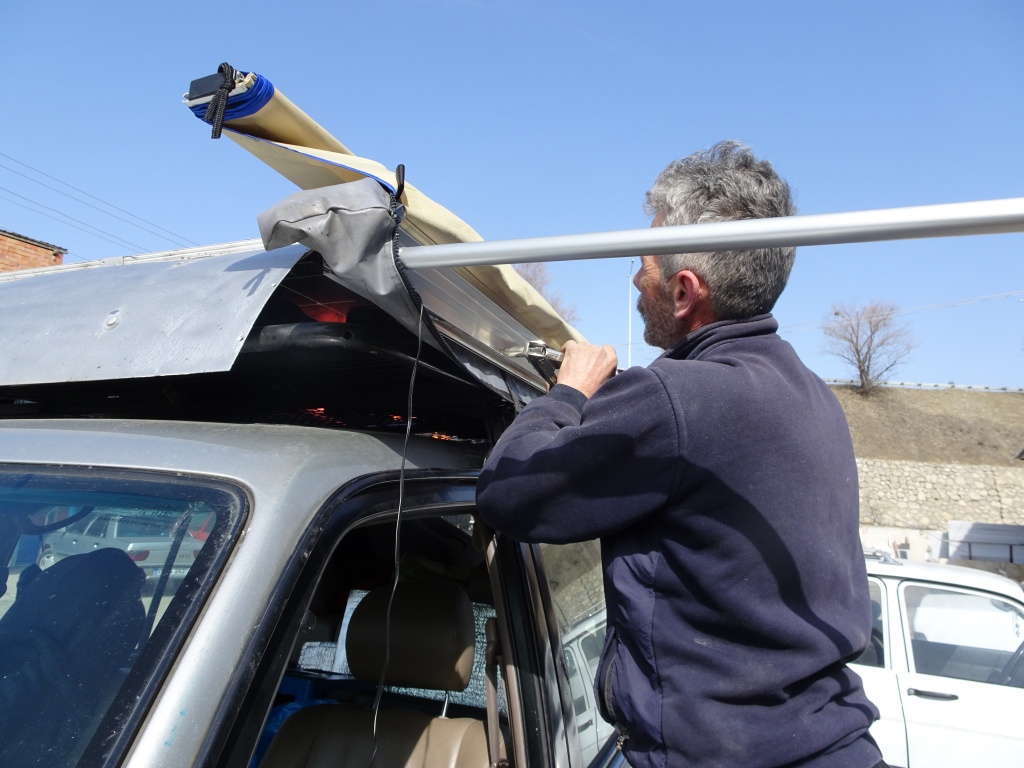 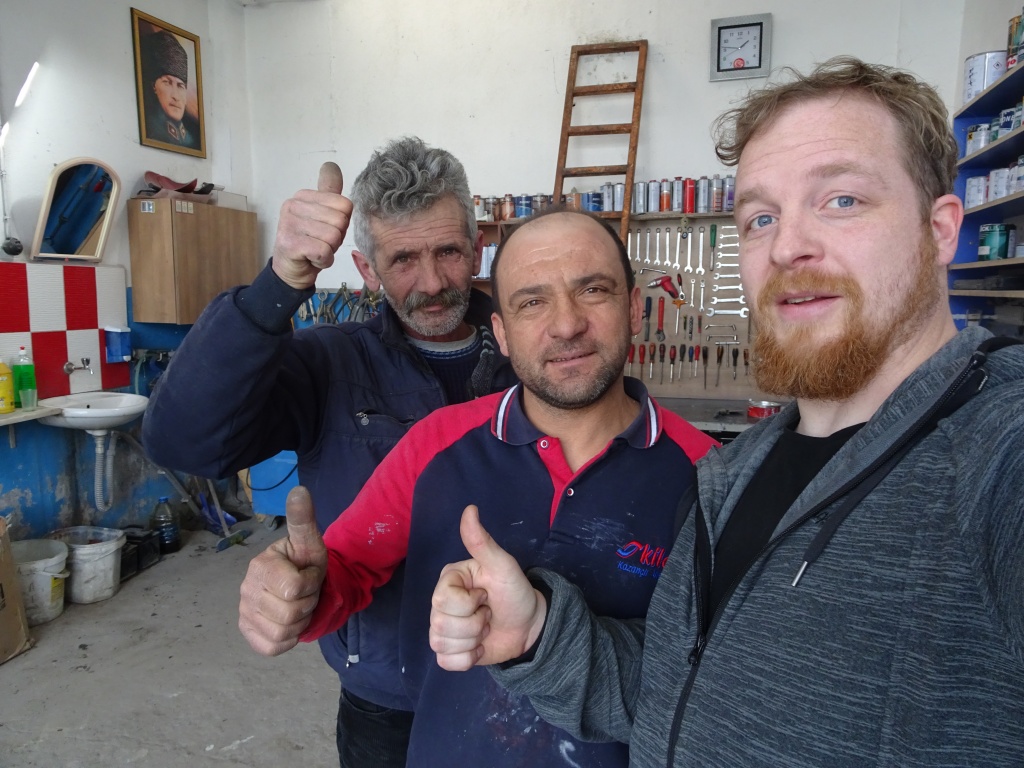 At the gas station I tried Couchsurfing for an address to sleep in Batumi, which I managed, but I decided that a camp site at the black sea with a metal gate and security guards was a better idea. She was still up for having a few beers in town so we decided to go to Liverpool pub, on the other side of town. The owner of the place (Samsun Suada) was so kind as to lend me his public transportation card so I could take a tram. Before I set up my awning to check if it was functional. 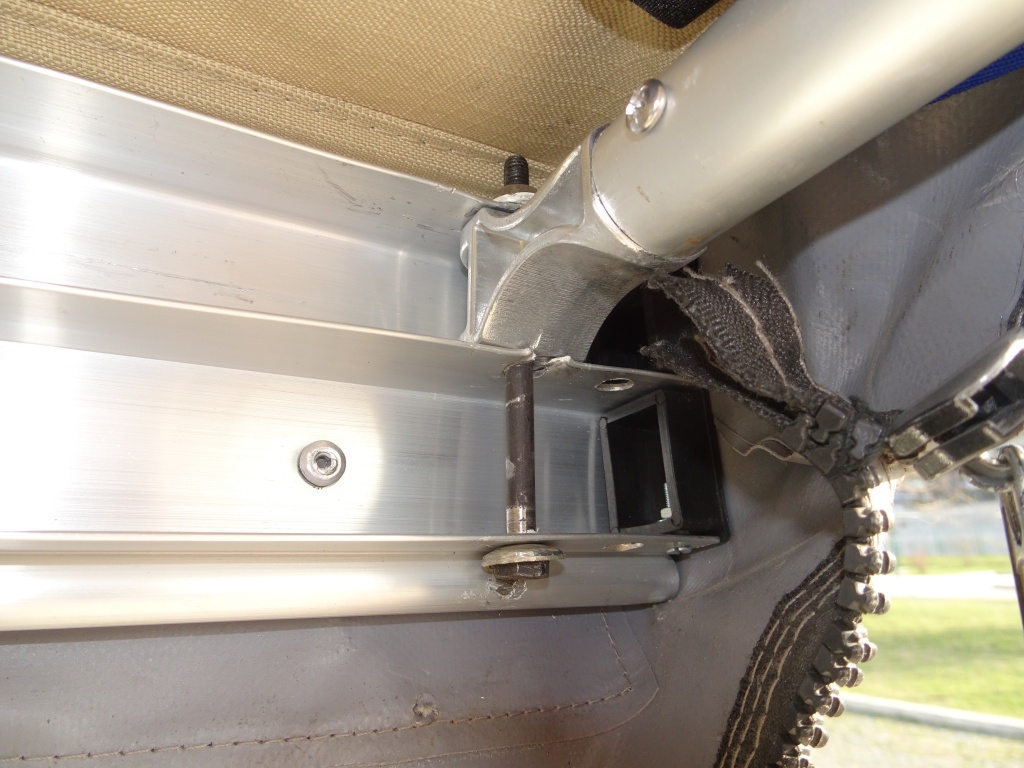 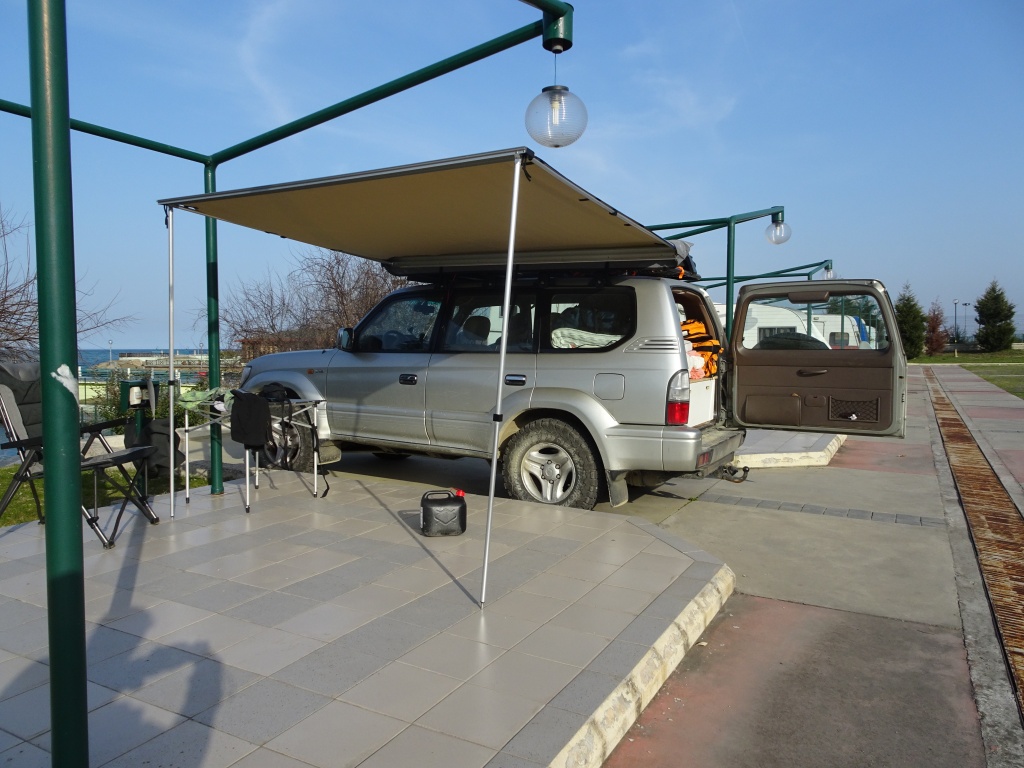 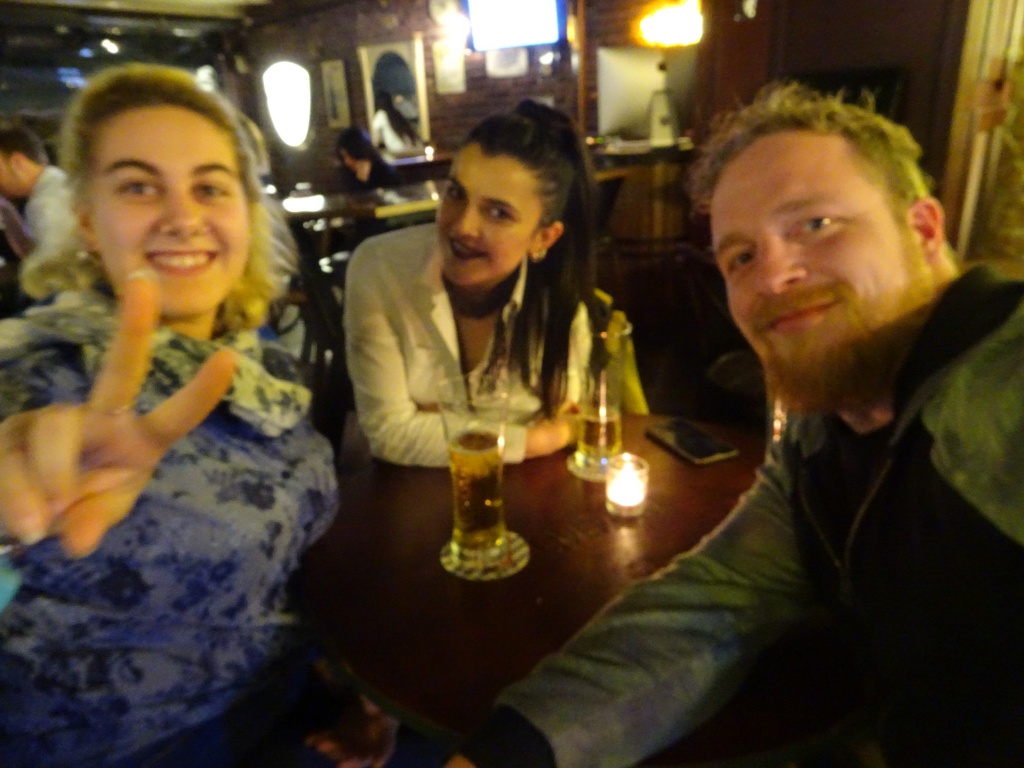 Some beers with Ecem and her friend

The next day I skipped a tour through Samsun and moved on. I followed the coast some more until I reached trabzon. This didn’t look like a nice place to set up camp so I decided to drive on a little more, and head into the hills. I found a tiny car track and followed it for a couple of kilometers until I found a (kind of) horizontal spot to put the car. It was very dark and there was a Blair witch style house near. I wondered what it would look like the next day. Probably not scary at all. I went inside the car and watched some episodes of Big Bang Theory. This is exactly the thing I was looking forward to so much 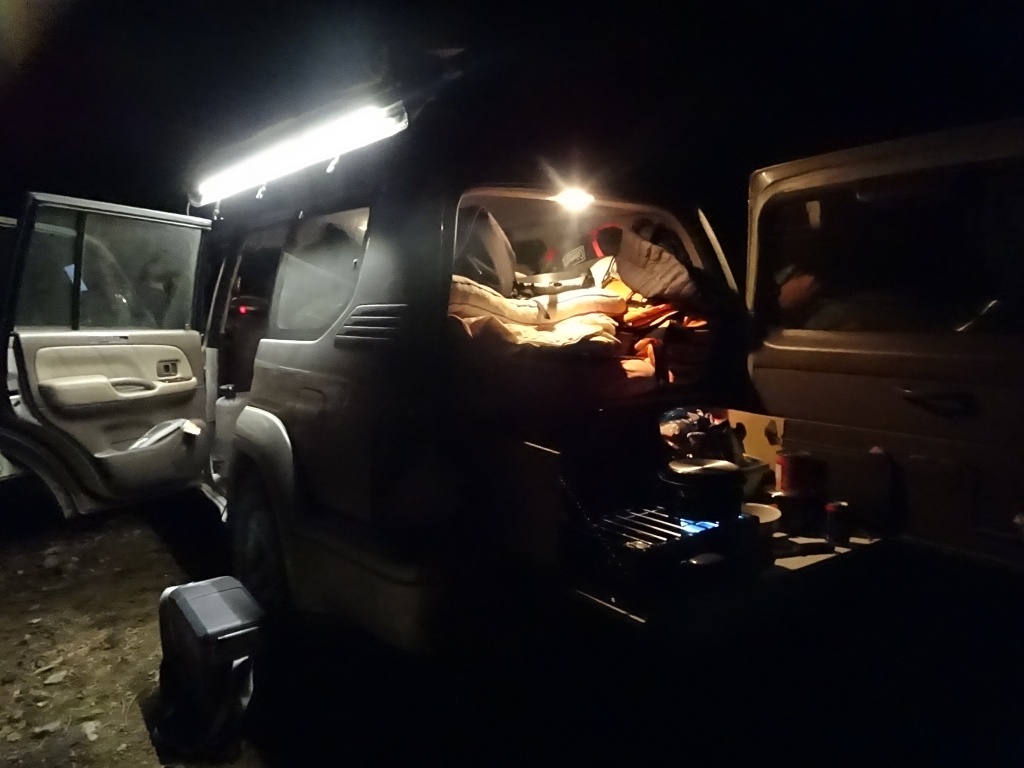 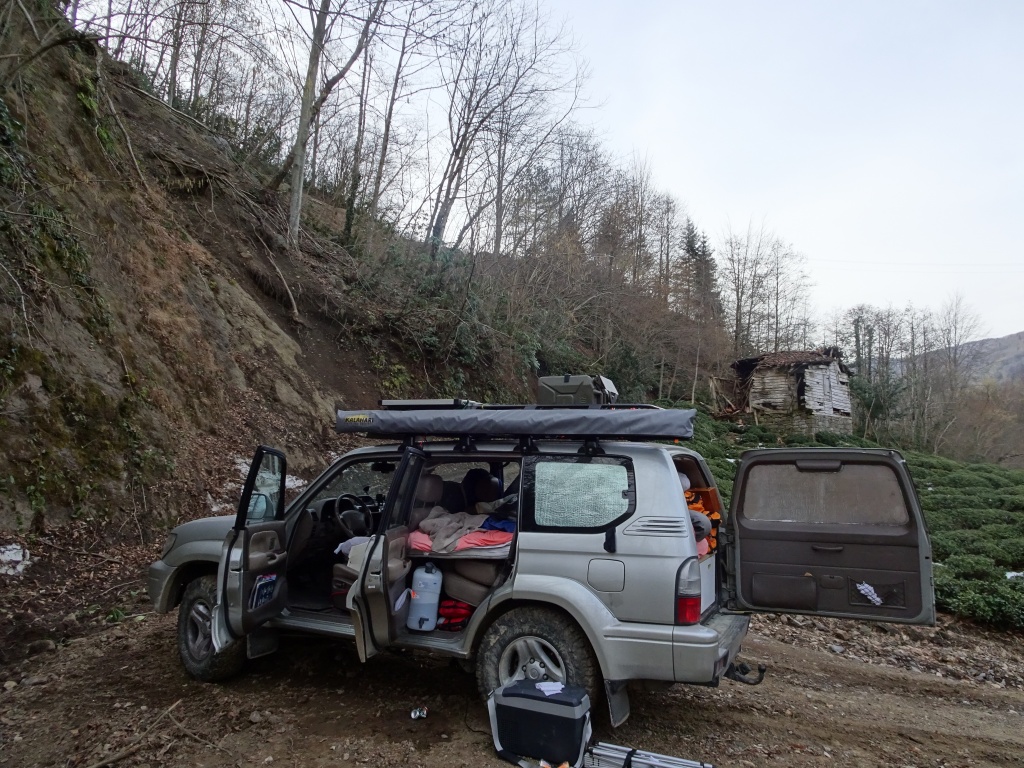 See? Not scary at all! 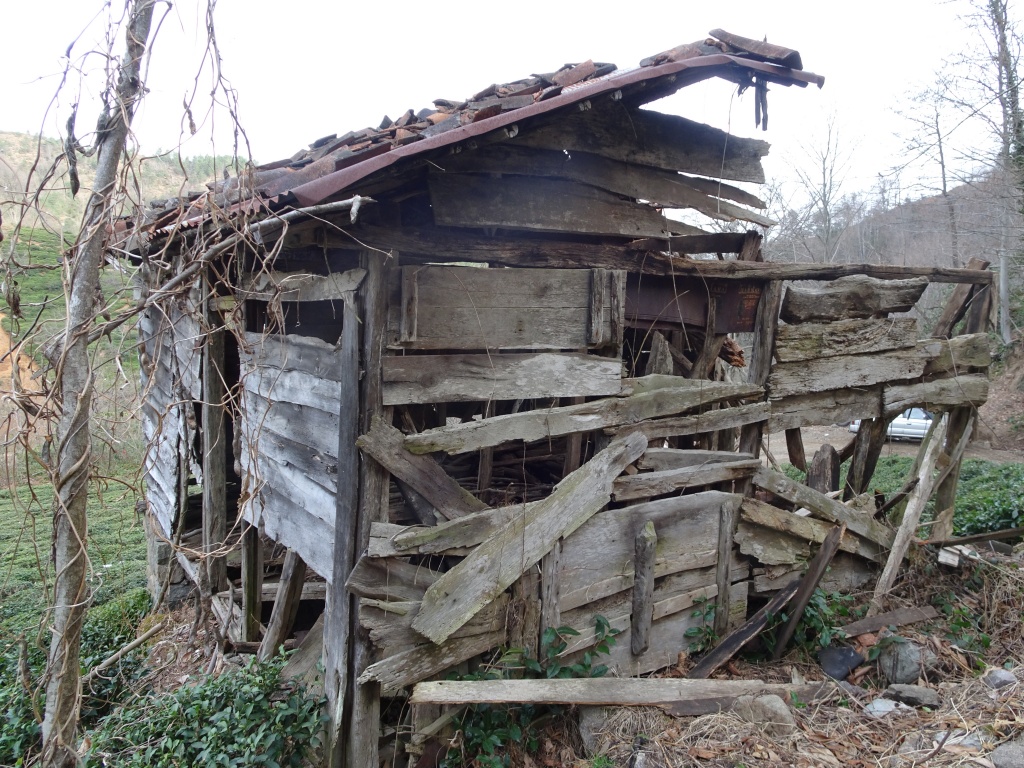 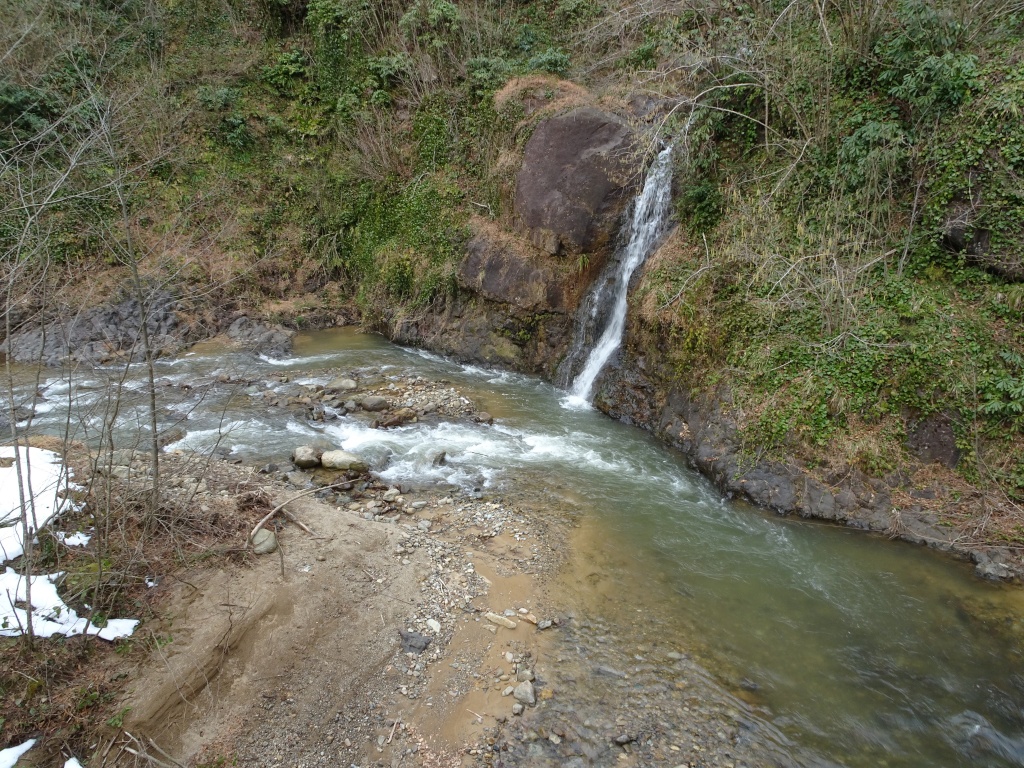 A nice waterfall nearby. Too cold to take a bath in I think.

That day I would drive to the Georgian border. Again, a bit scary to cross a border on my own. It would all turn out just fine.