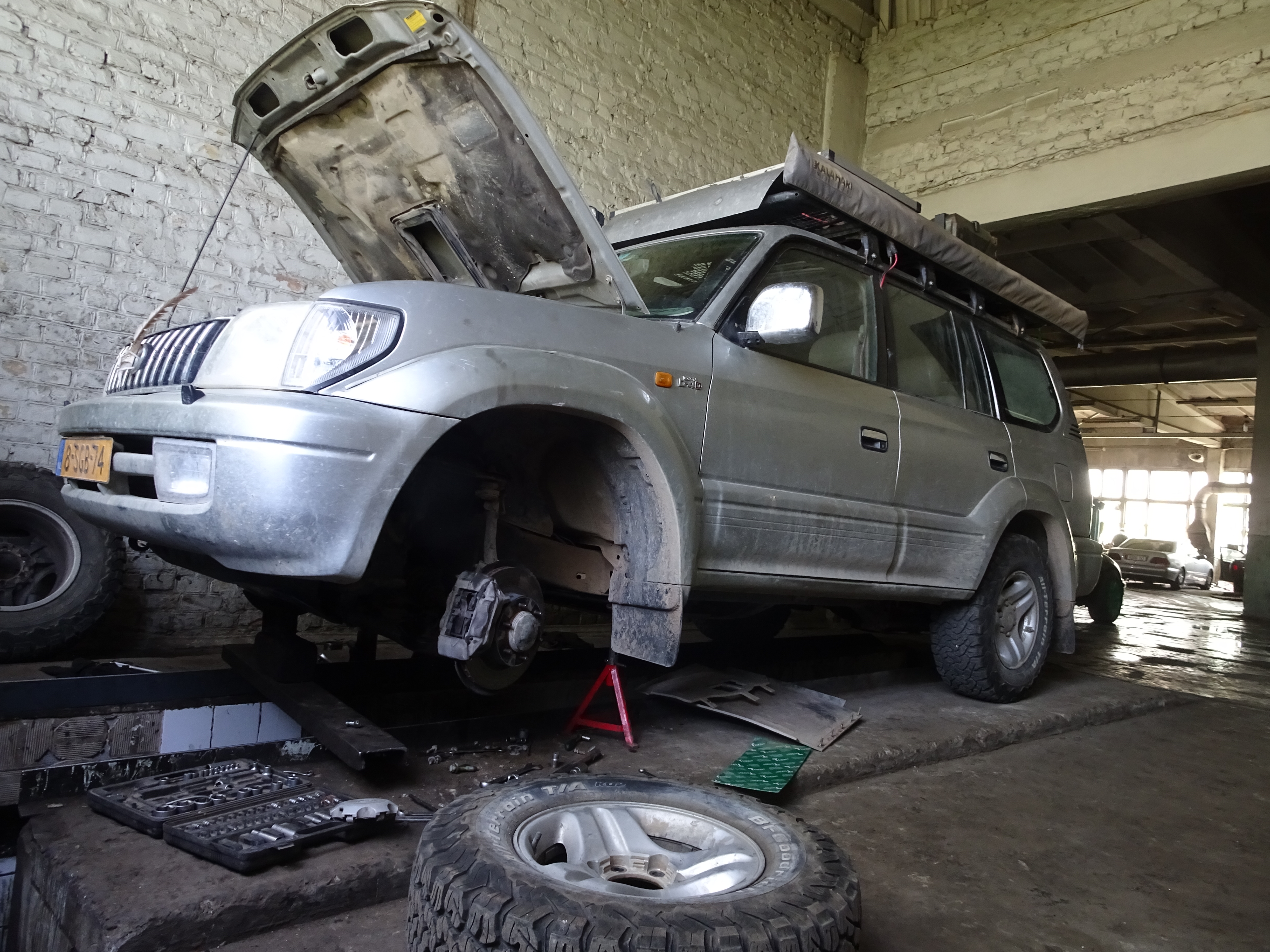 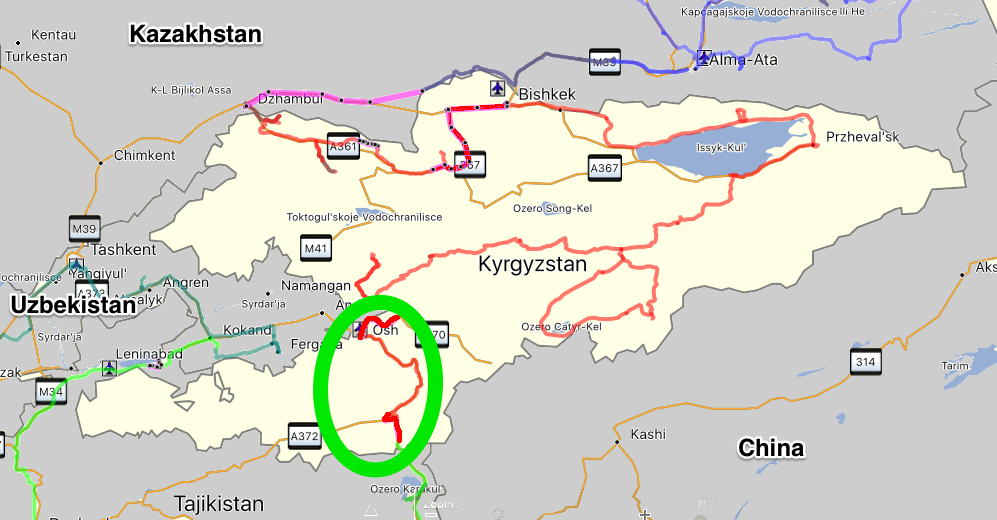 When Fanny and I crossed the no mans land into Kyrgyzstan, we met 2 Polish brothers, an opera singer and a ballet dancer, who were walking the 20 km road to Tajikistan. We had some tea and biscuits with them and when we wanted to continue, also Seth and Kristy, who I met in Murghab hotel, drove past. They had done the whole Wakan valley and M41 in something like 4 days and on the way back to Osh. We were planning to spend a bit of time in the are west of Osh. The Kyrgyz part of the border took a bit of time due to the internet not working. But when we had finally filled in the old style papers for entering, the internet came back and they had to put our information into the computer anyway, which took even more time. There, we met an American biker with which we agreed to find a nice camping spot in the hills over the border. So we drove for a bit to get some supplies in the next village, and went towards the east where, after driving for half an hour or so, we found a road leading to a tiny little village. We followed that and continue past the houses where we found a not-so-sloped patch. We made camp and at there I noticed that my stomach wasn’t doing so well. So I didn’t drink my beer and went to bed where I woke up a bunch of times because of stomach cramps. The next morning it still wasn’t ok. 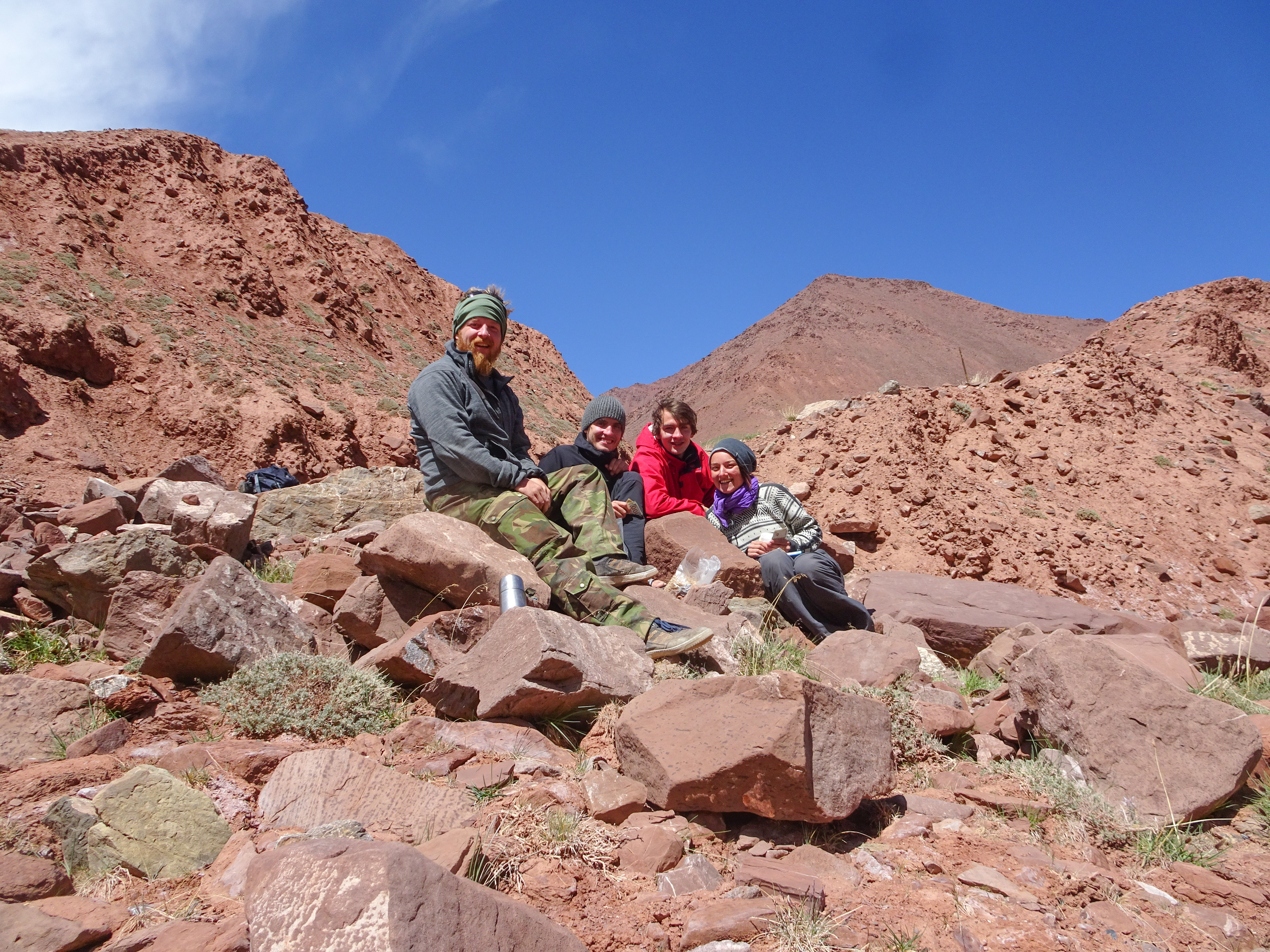 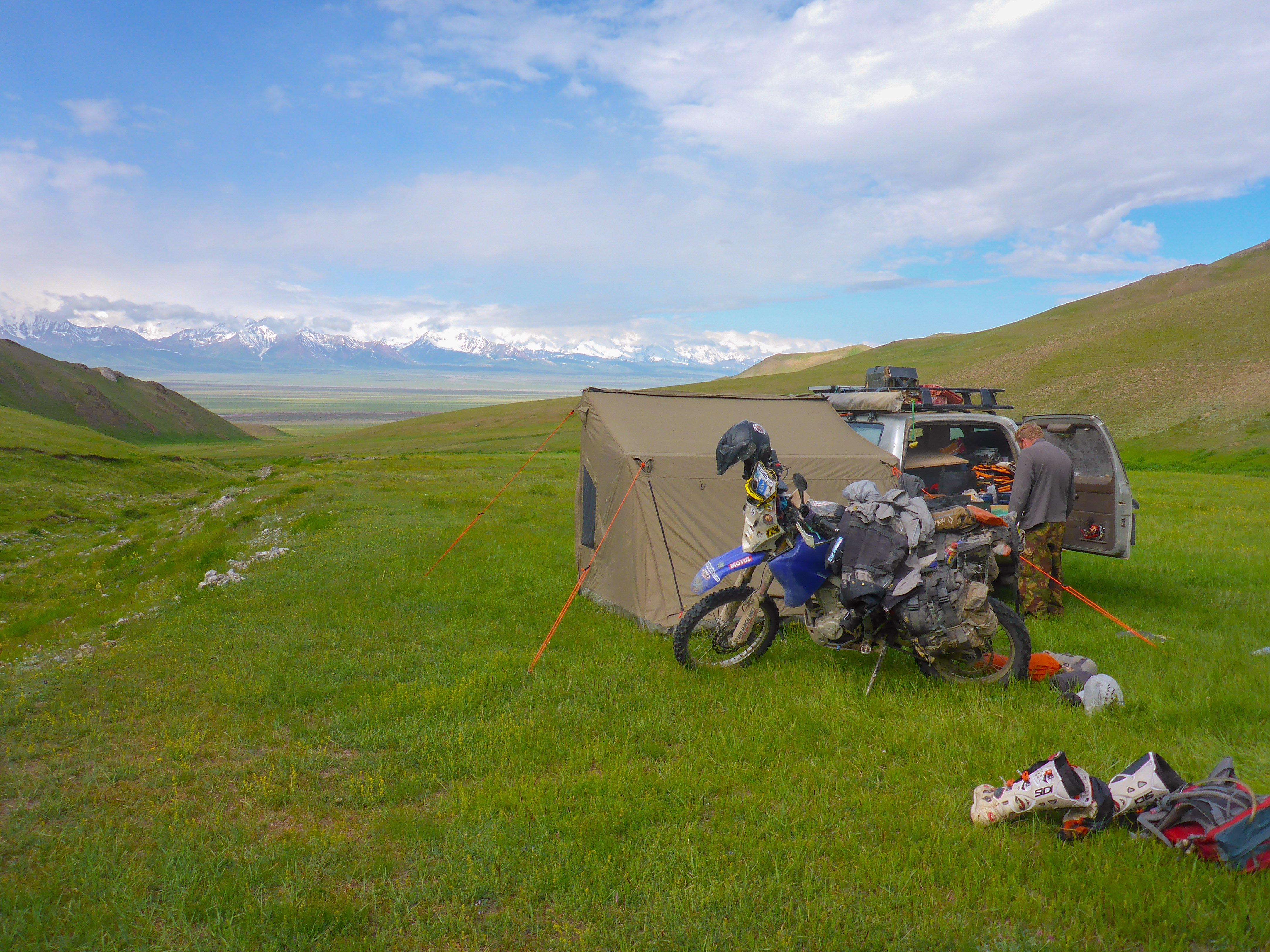 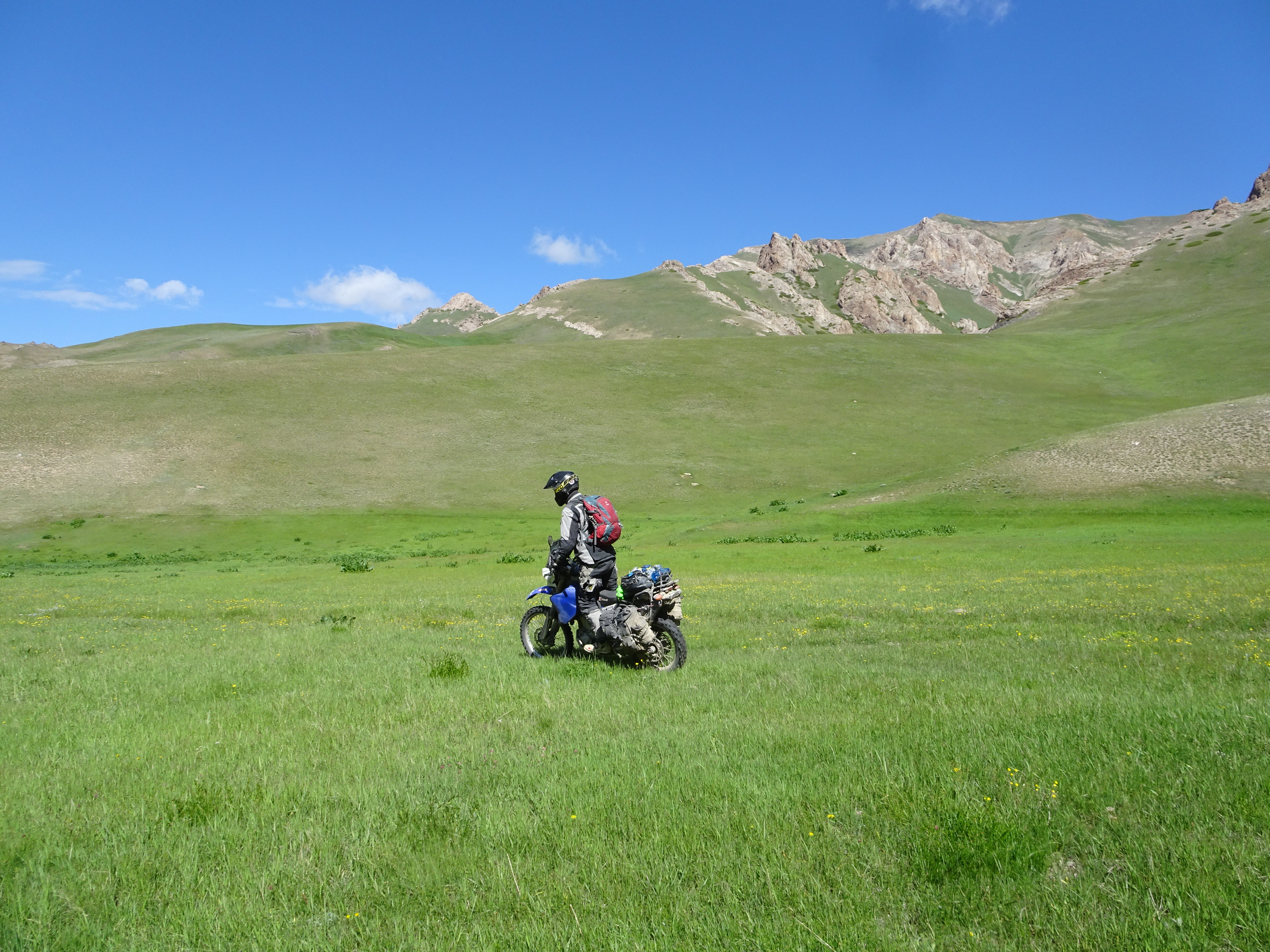 Back into the wilderness 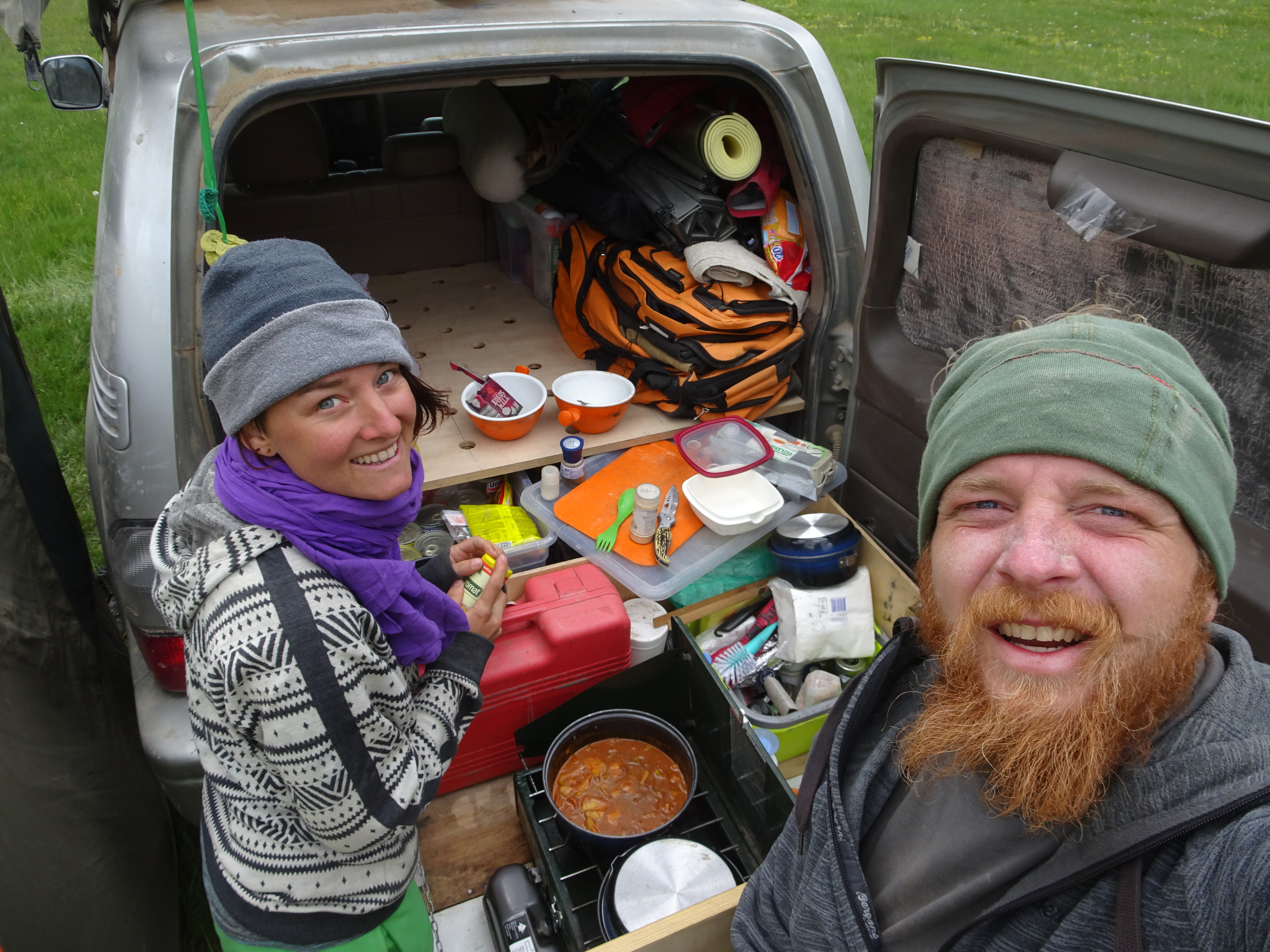 We stayed there for 3 nights because I wasn’t feeling well enough to move around. I tried to chill out and drank cola and ate rice while Fanny was doing some mountain hiking in the surroundings. I filtered some water and made some pictures. The weather was a bit unpredictable. There was sun and rain and thunder. At night it was cold but during the day it could be quite warm. It wasn’t so bad but the stomach only improved slightly. So, after 3 nights we decided to drive to Osh where I would be more close to a hospital, might that become necessary. In Osh it was also time to pick up another friend, Ilse, who would fly to Bishkek, and take a domestic flight to Osh a few days later. She would join me for about 18 days and fly back to NL from Bishkek. I heard back in Dushanbe that hostel Tess is a good overlander meeting point, and that was certainly true. When we arrived, the 3 Belgian cyclists were there, and Sophie and Tali, and a whole bunch of other cyclists, motor cyclists and people in 4wd vehicles. 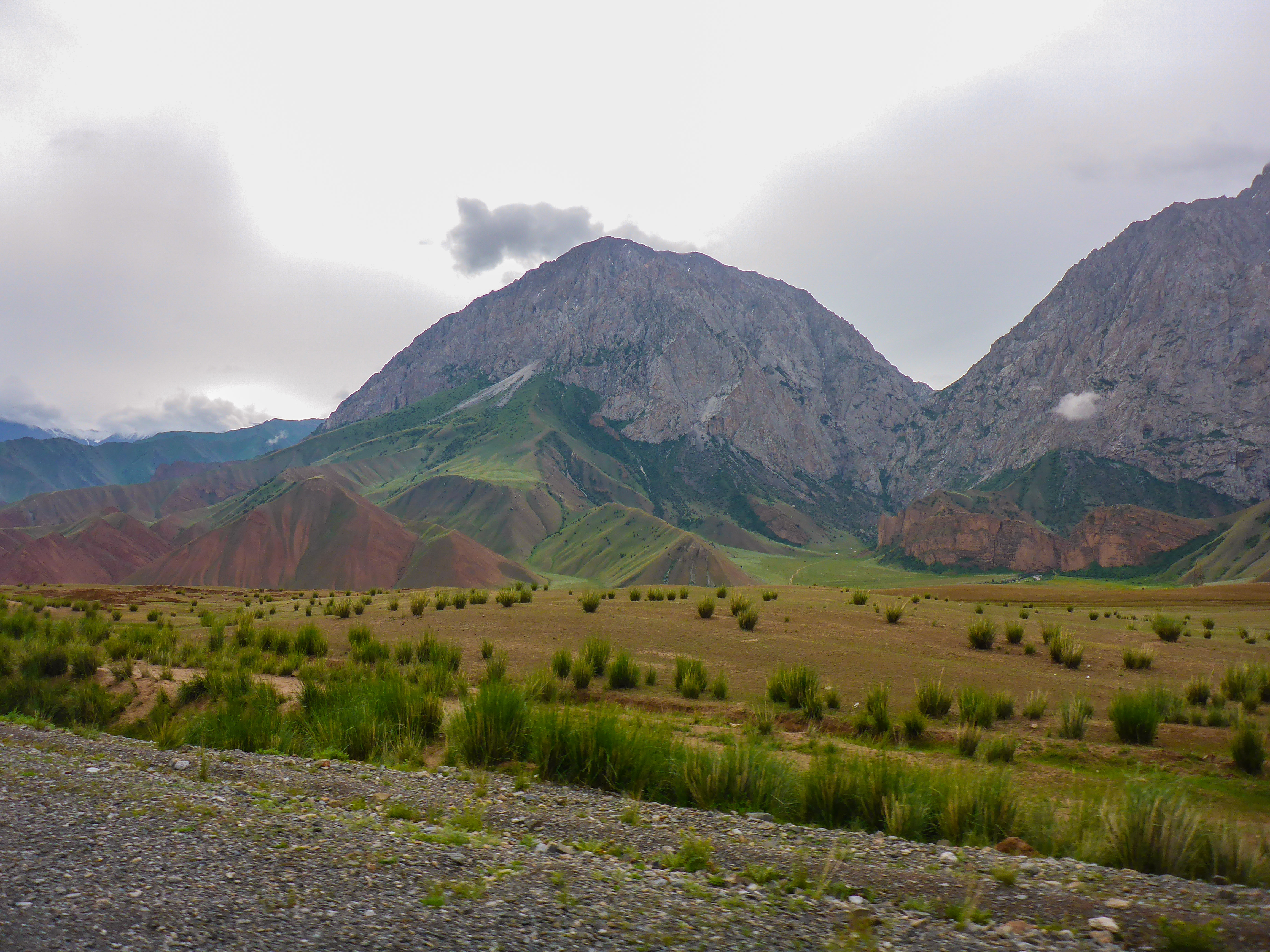 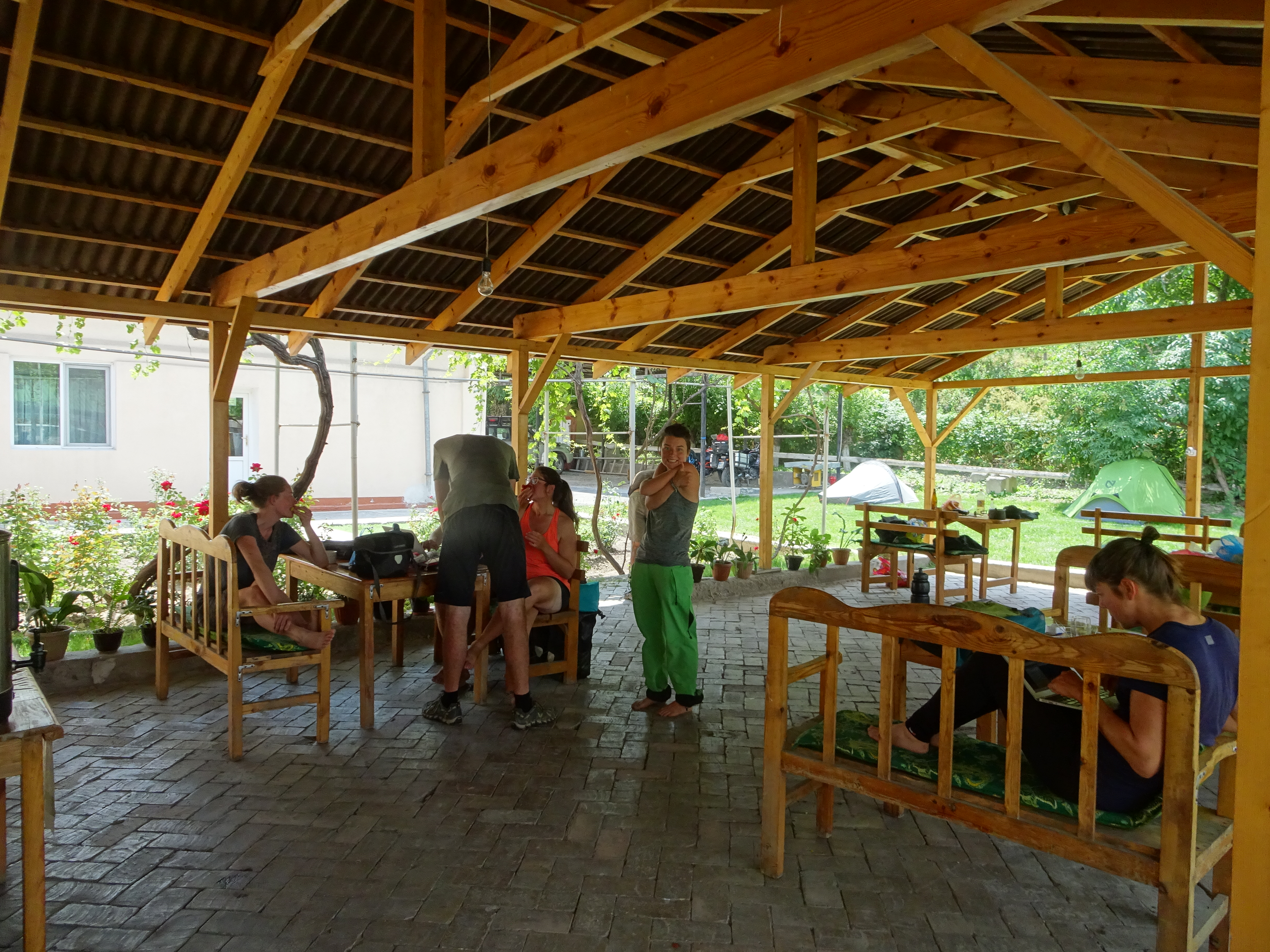 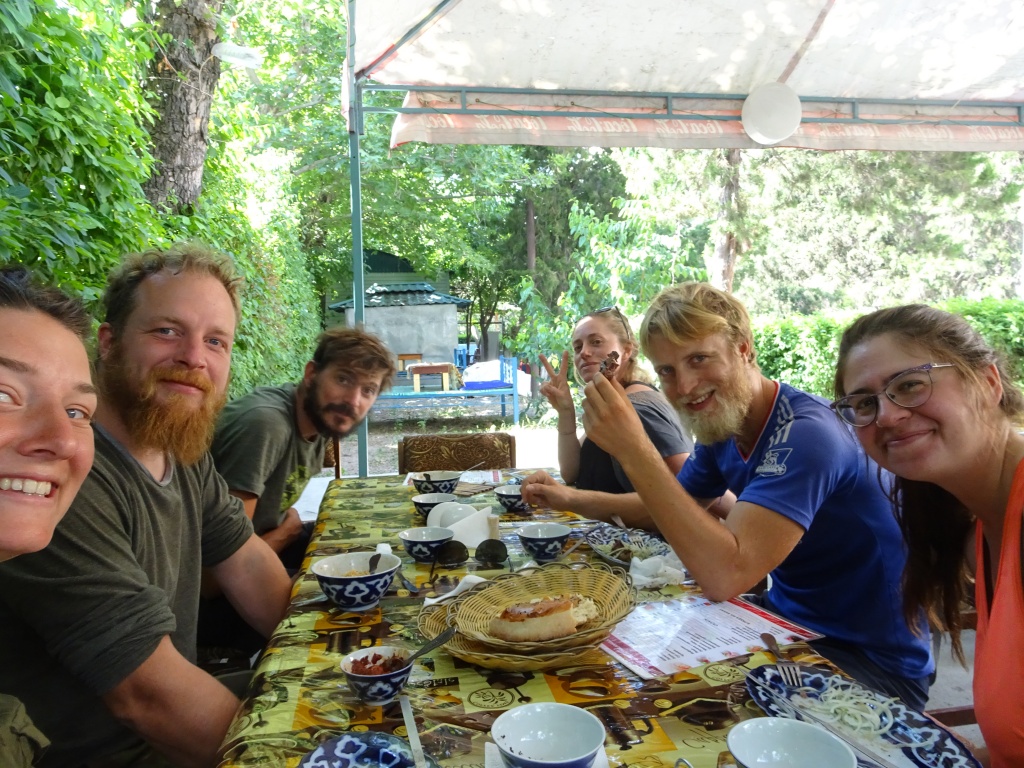 Having some dinner with Fanny and a bunch of cyclists 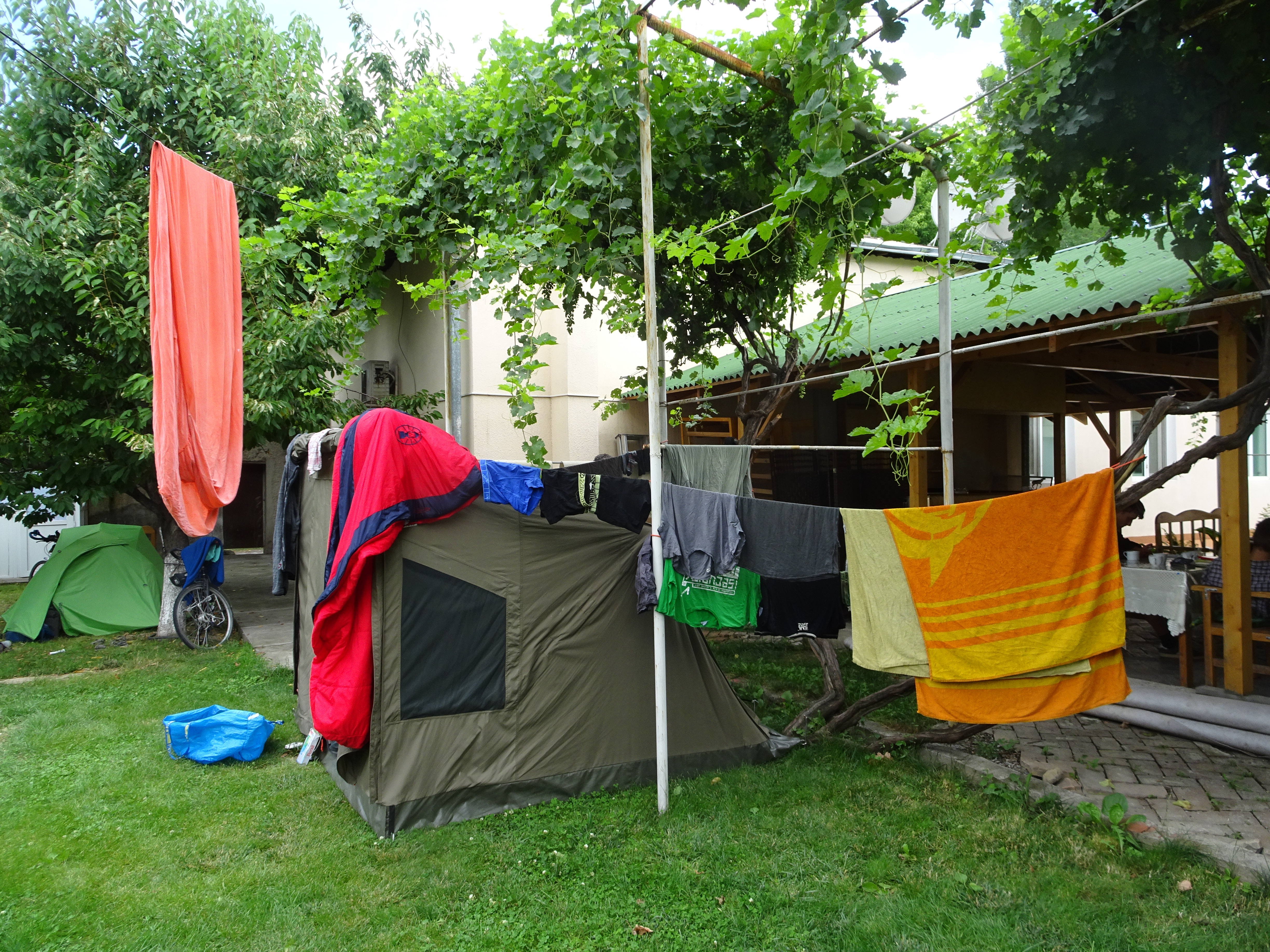 I stayed there for 6 nights so I bother you with covering every day in detail. But it was a nice social week with meeting lots of people, even though I had my stomach problem for quite some time (about 6 days total). I got some steering problems repaired in town. The steering ball joints were very worn out and so the traction alarm went off when making turns. Also, the springs in the back seemed to have been compressed quite a bit so there was not a lot of suspension left. At Vladimir’s workshop they found some second hand front springs form a new Lexus that fit rather perfectly in the back of my car. Also they found oil leaking from on of the front shock absorbers. So they needed to be replaced as well.

In the meantime I went to a Plov making night with some other guests and walked around for a bit. Also this was a perfect time for writing some blog posts about what I did something like 2 months before :P. 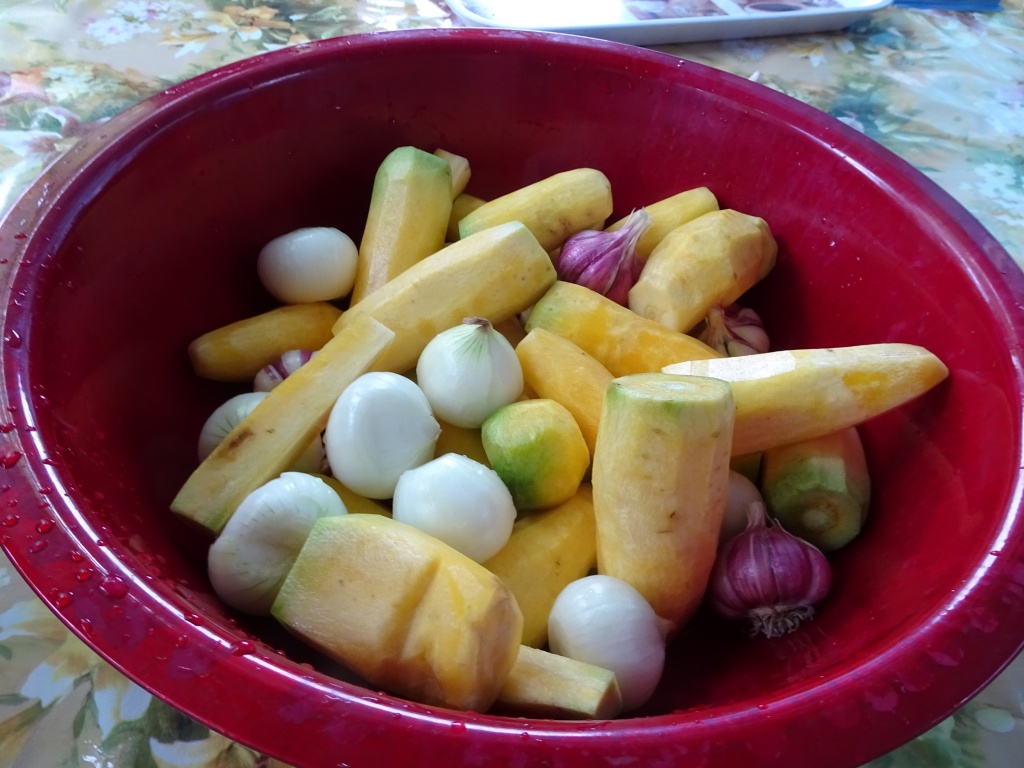 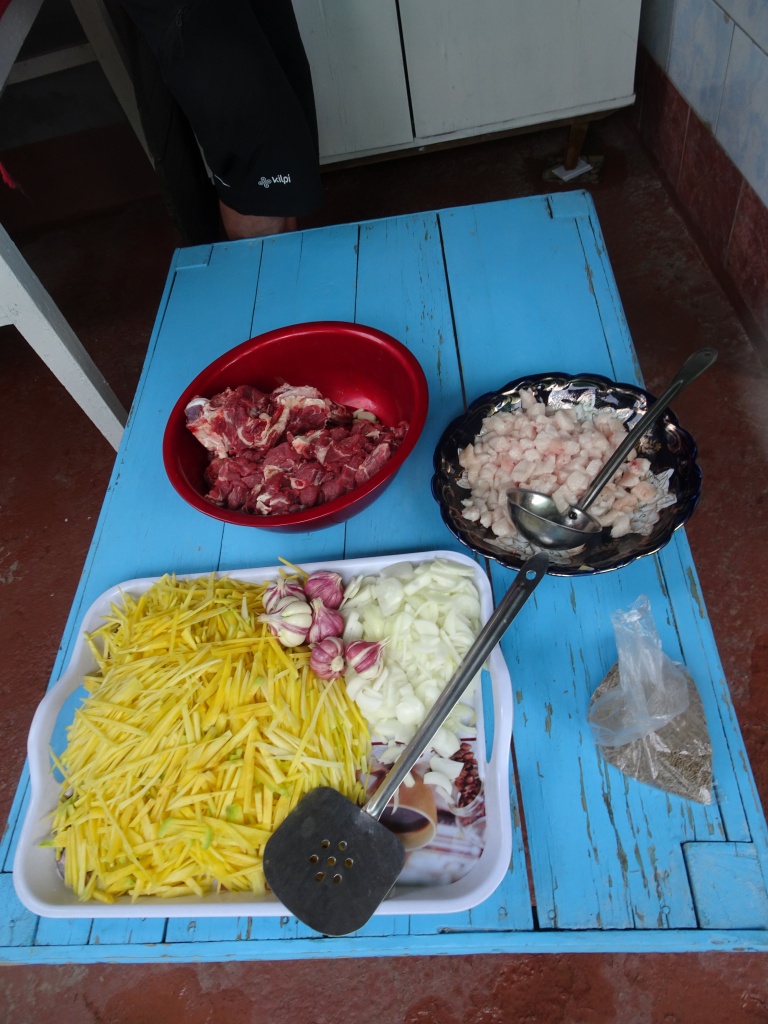 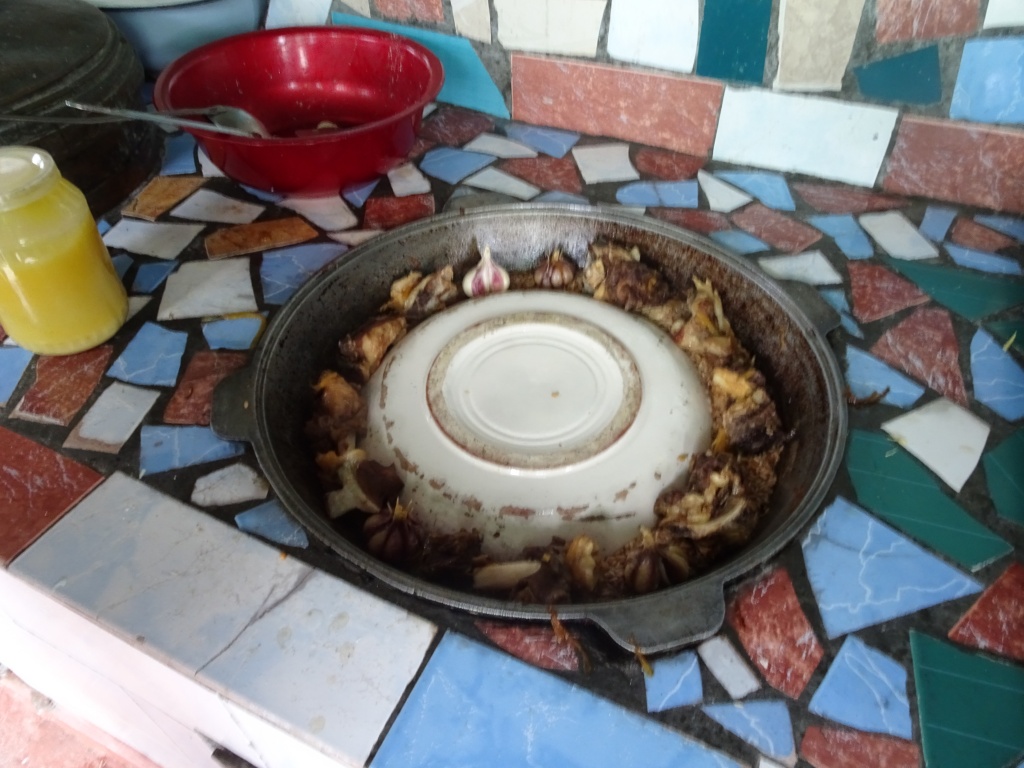 Letting the fat drip into the rice 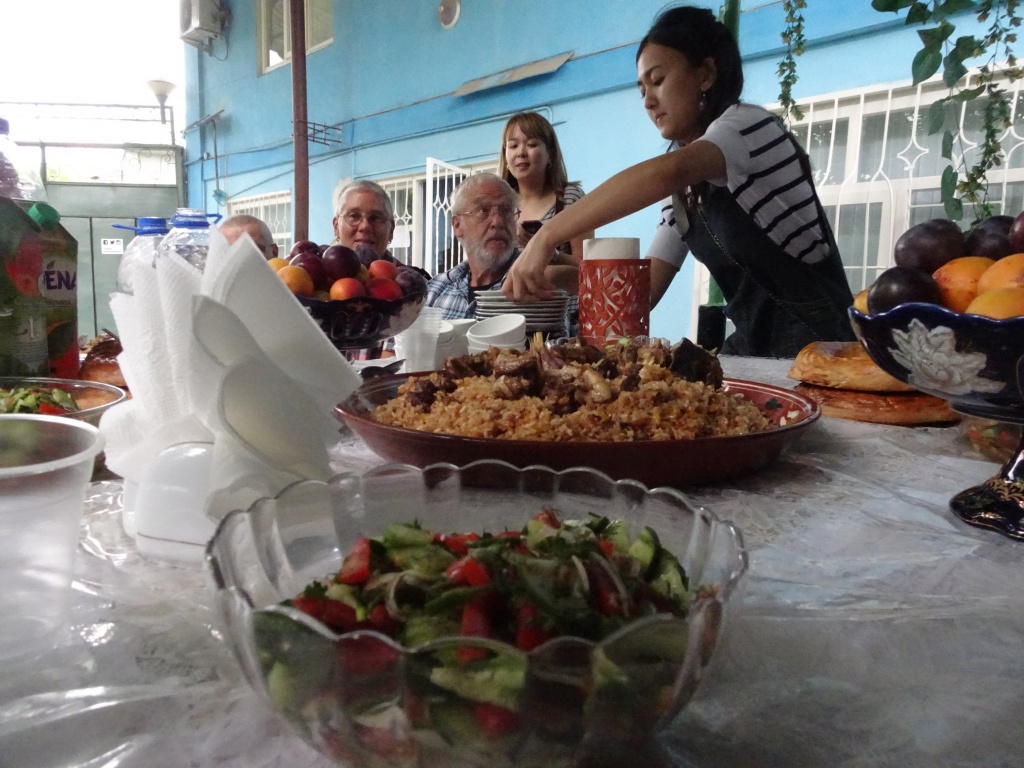 Brute in the garage again 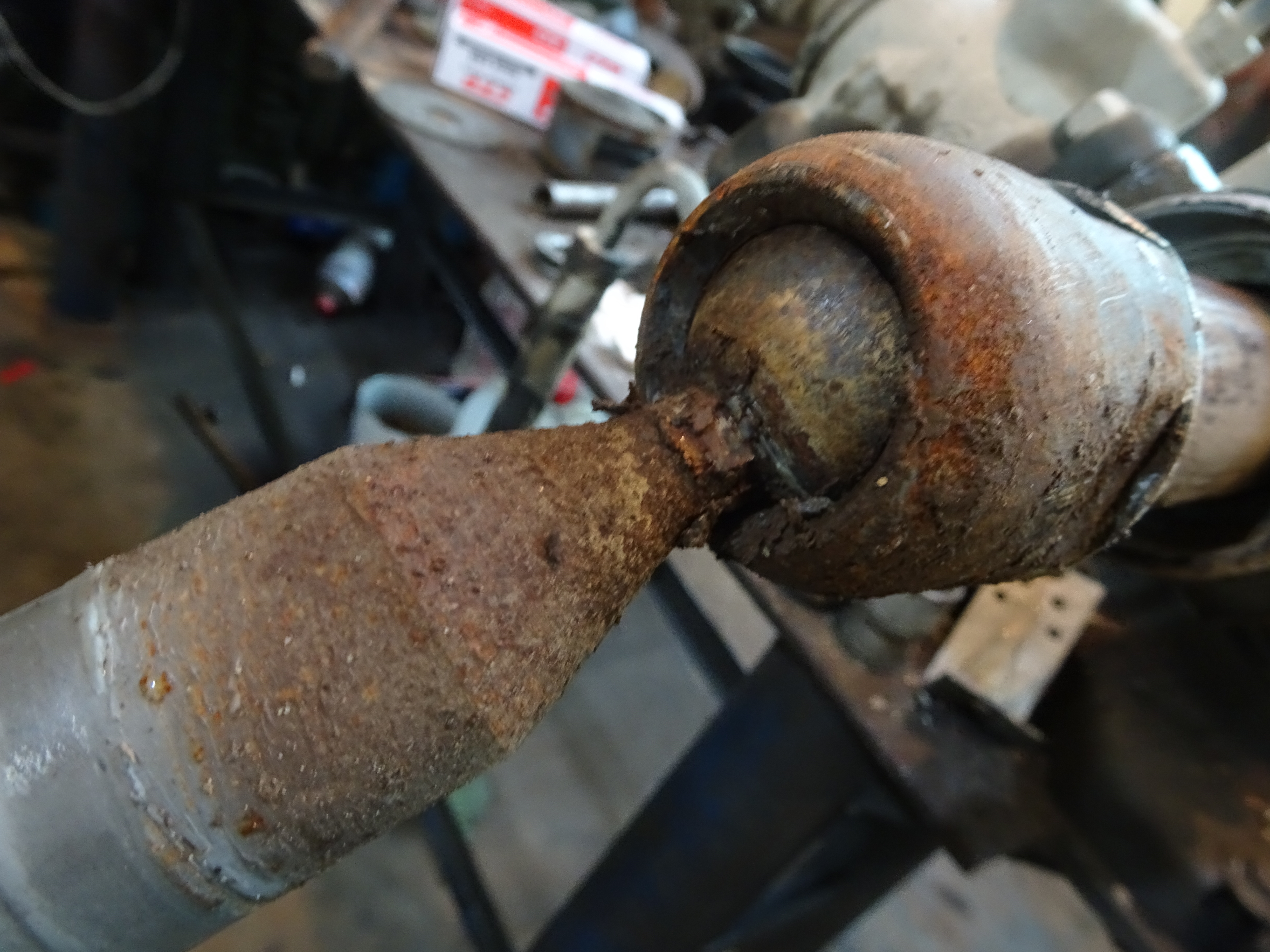 Because this is really not safe anymore 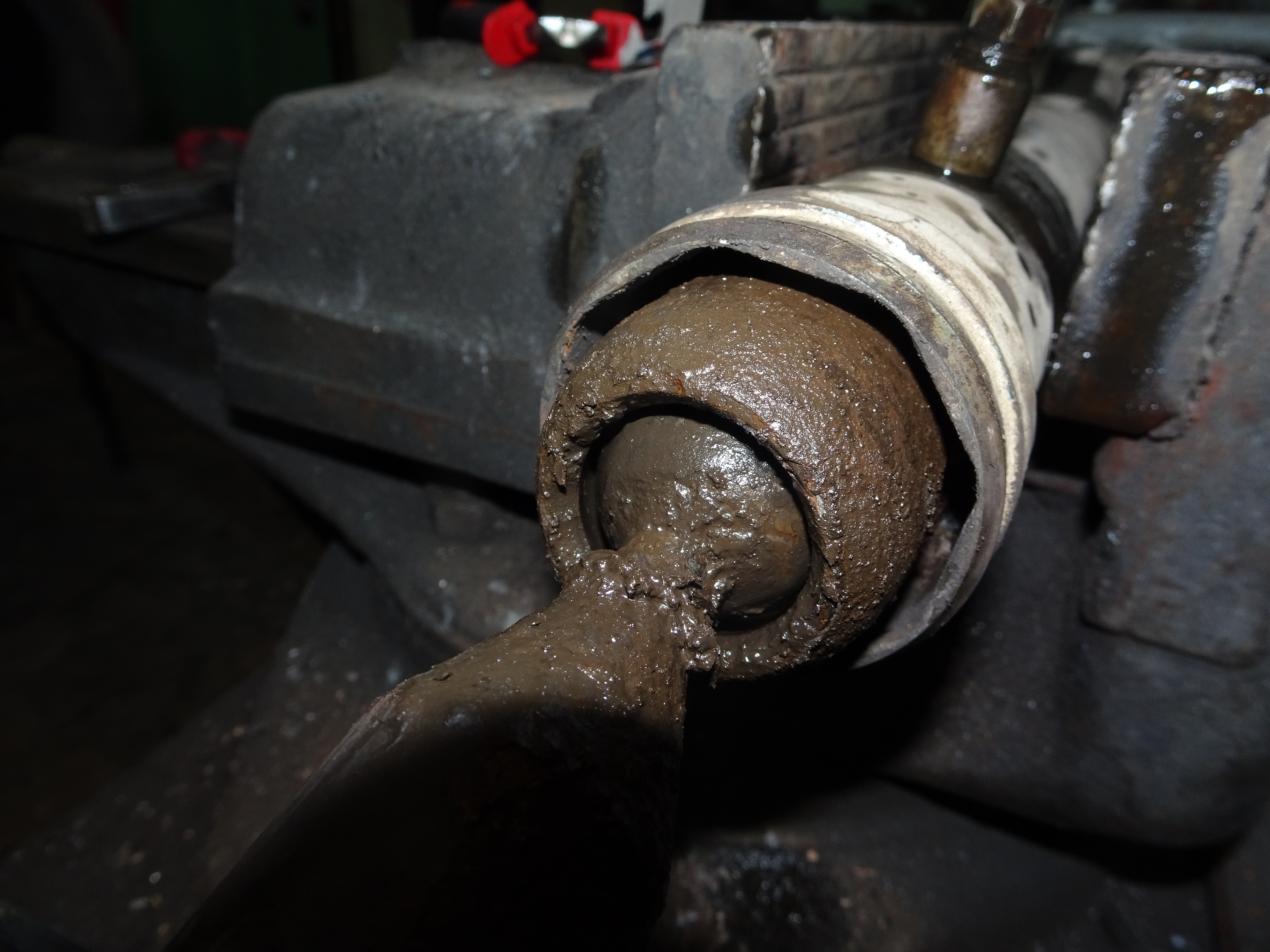 And this even less so 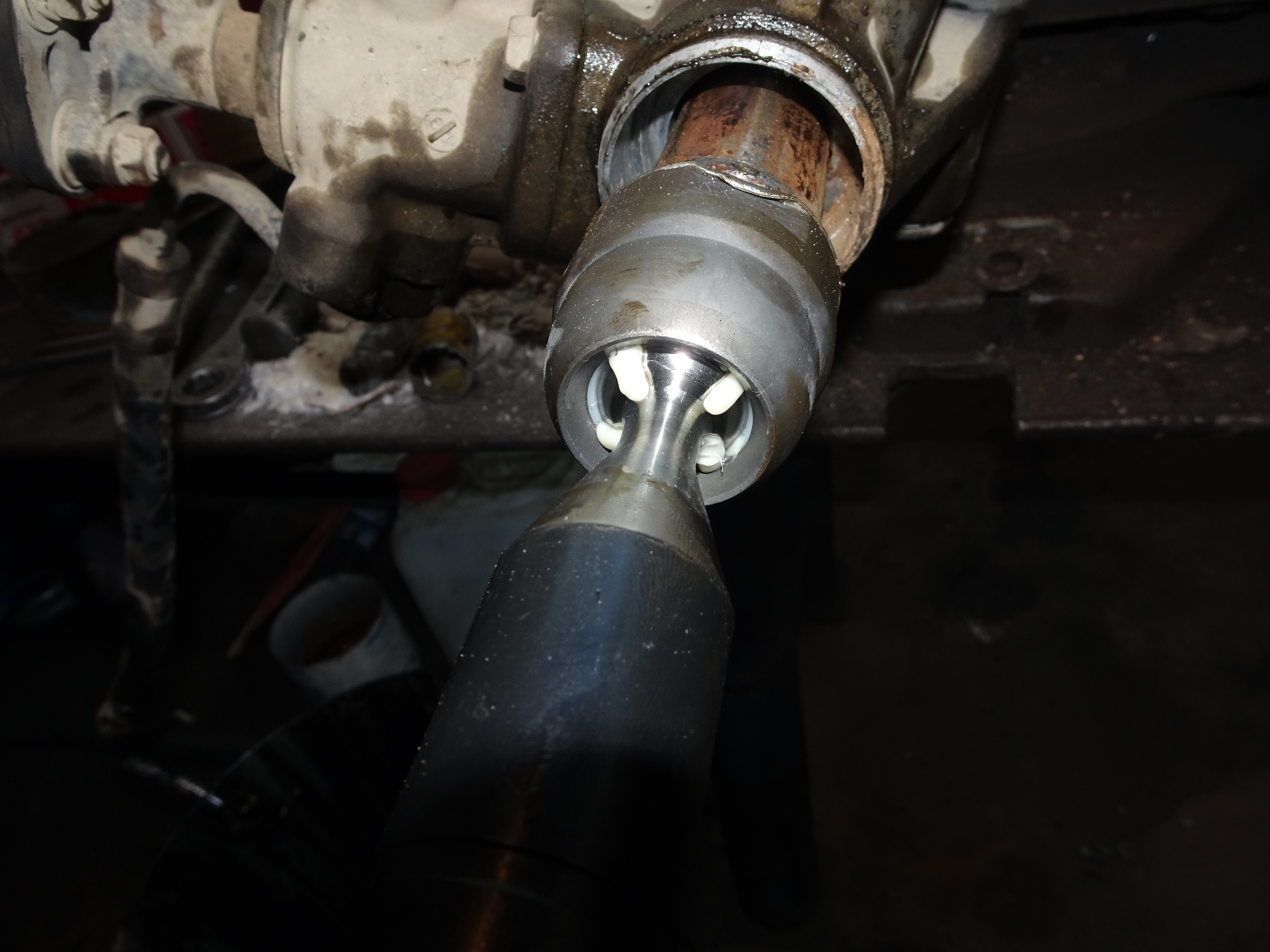 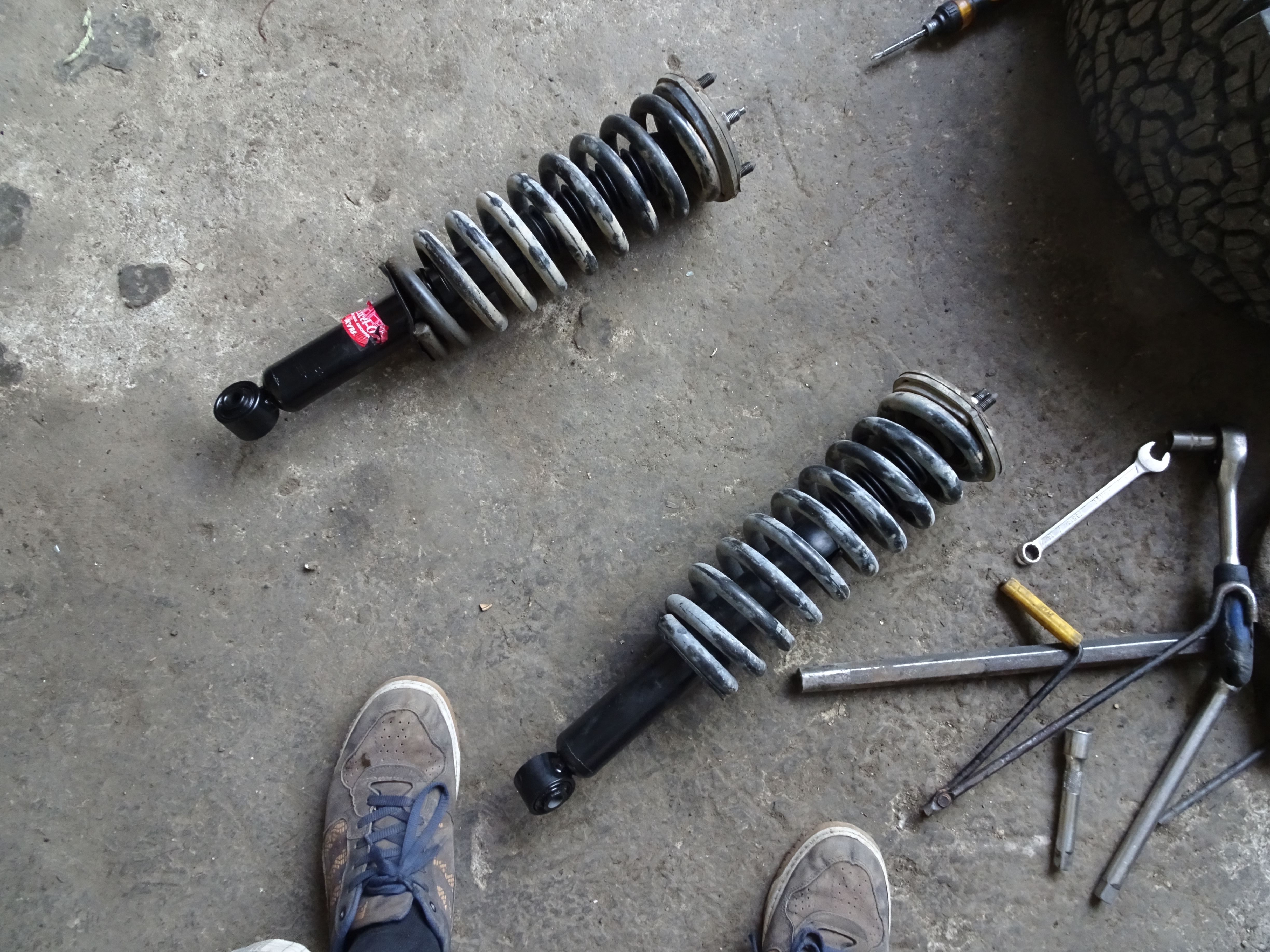 New shocks in the front springs 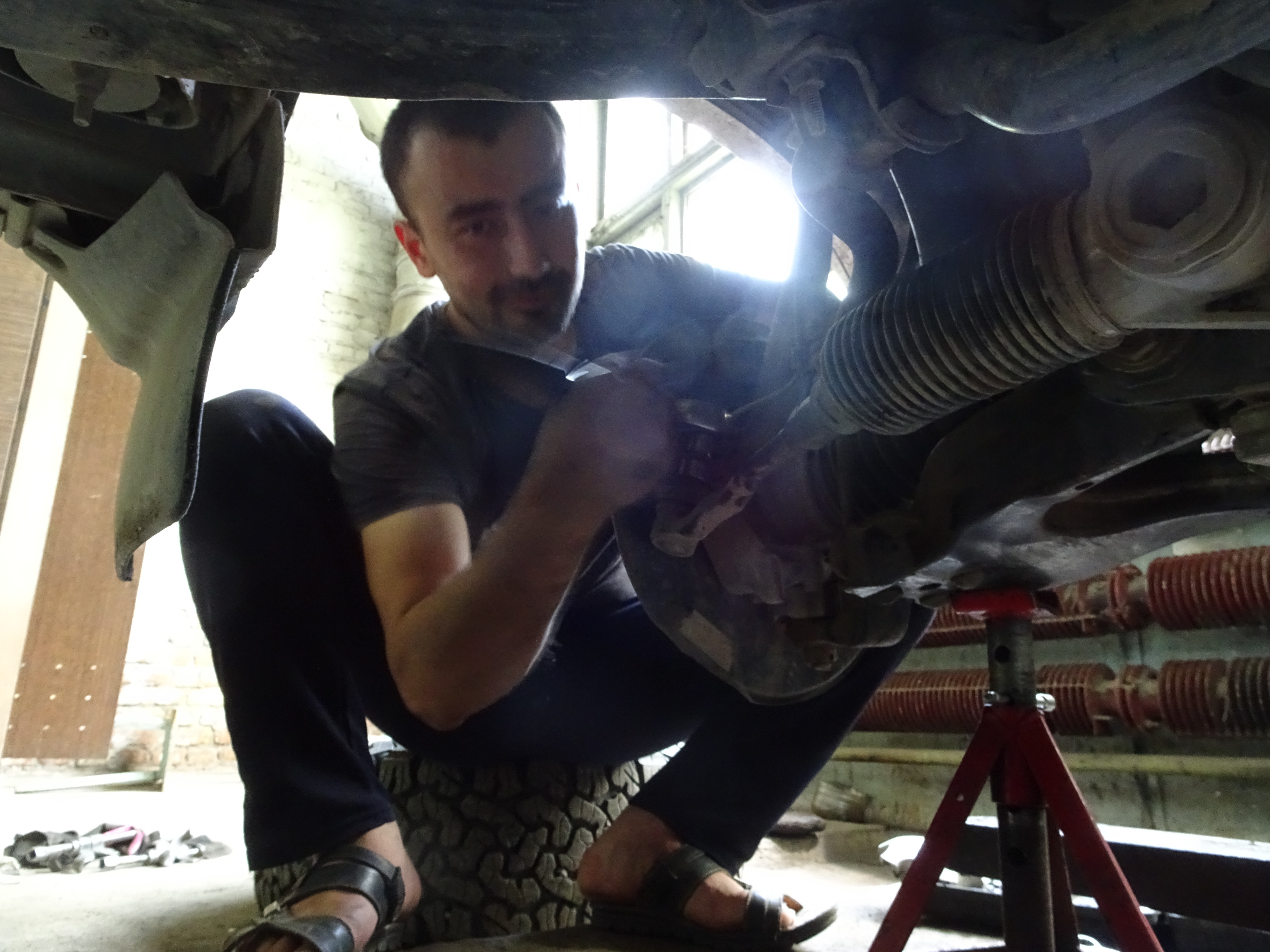 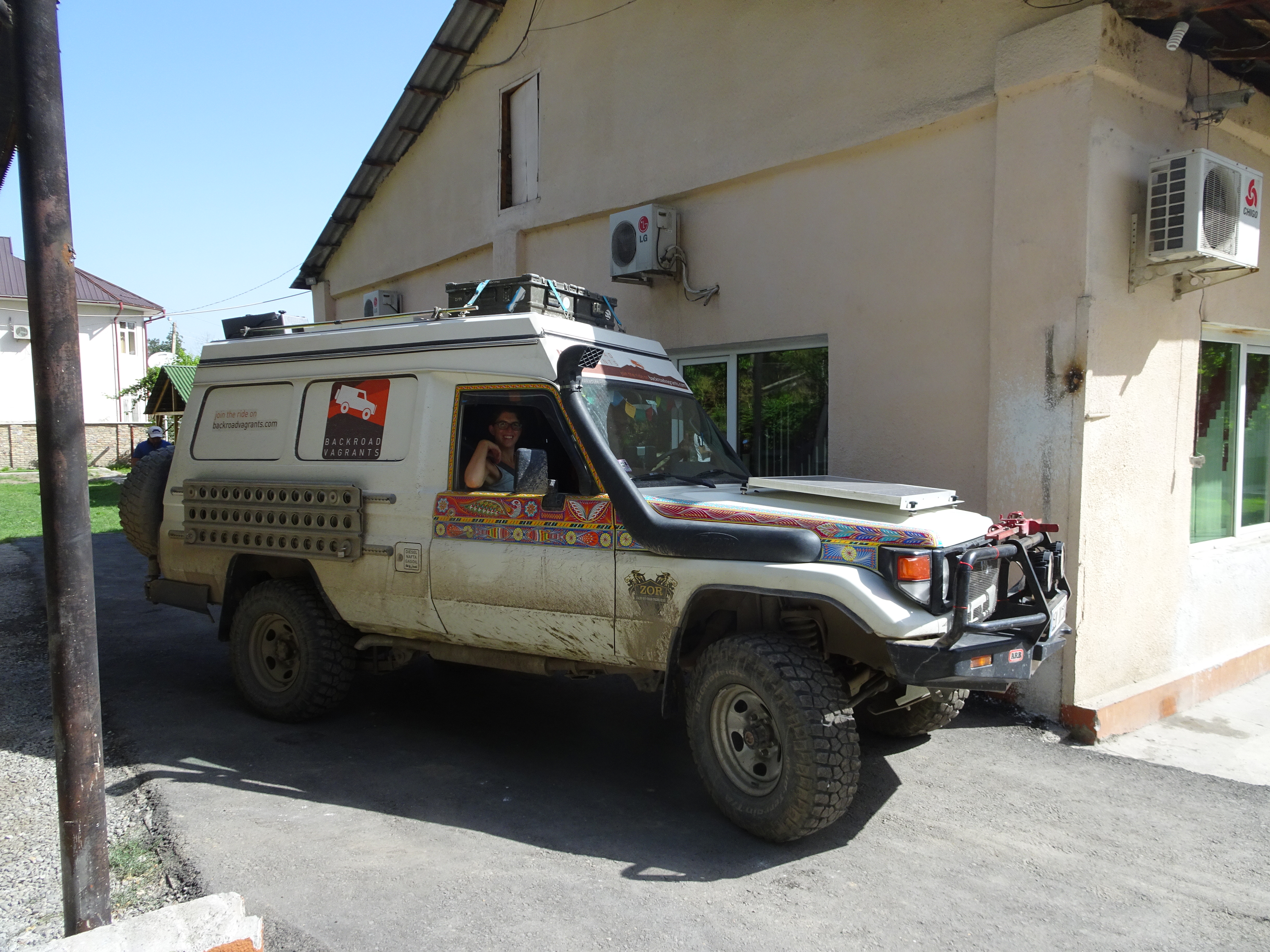 One of the 10-ish other overland vehicles that passed that week, the Backroad Vagrants

Time to pick up Ilse fro the Osh airport! 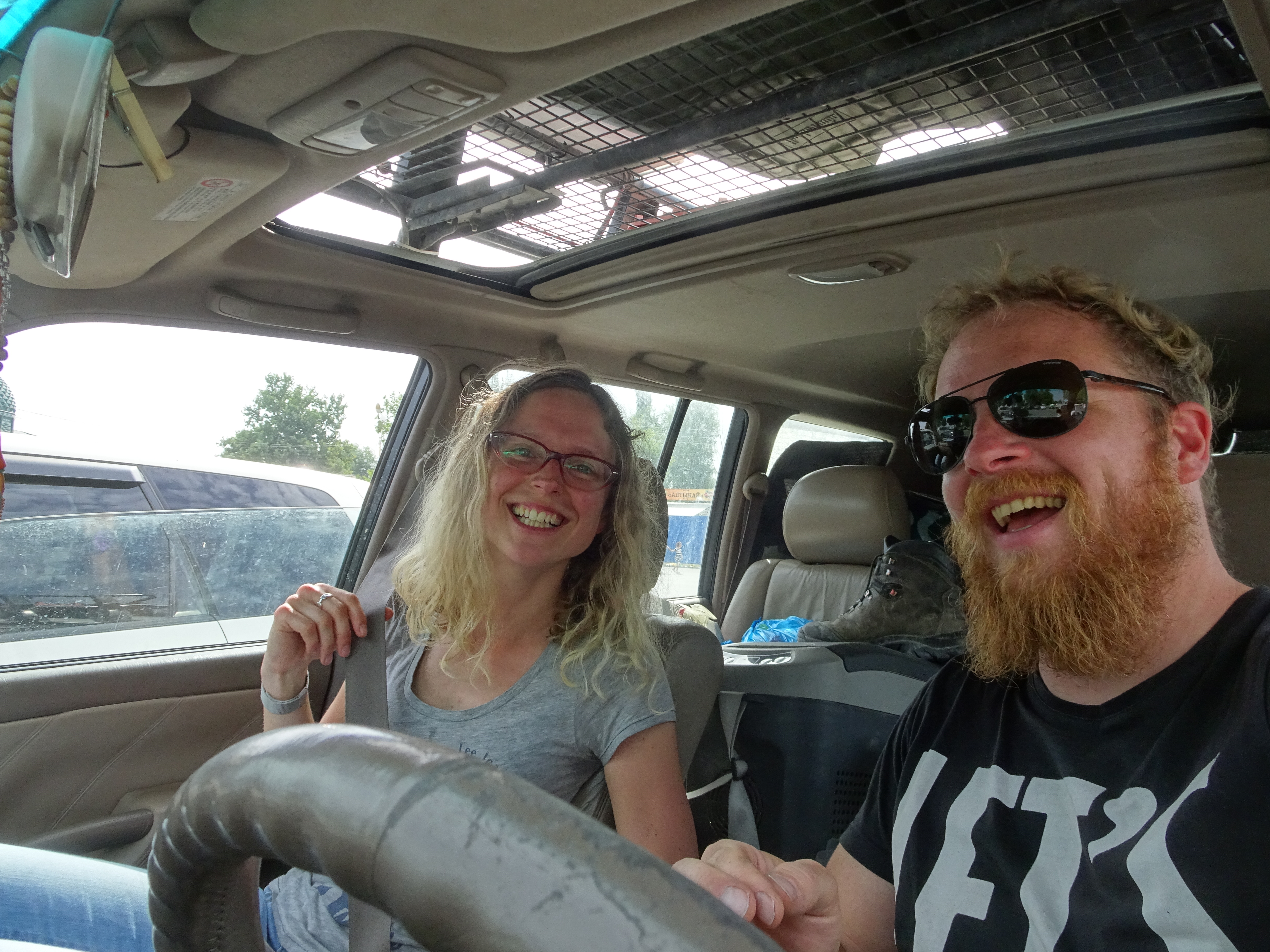 I guess this will be a small post too. In the next post, our amazing adventures in the Kyrgyz outback!