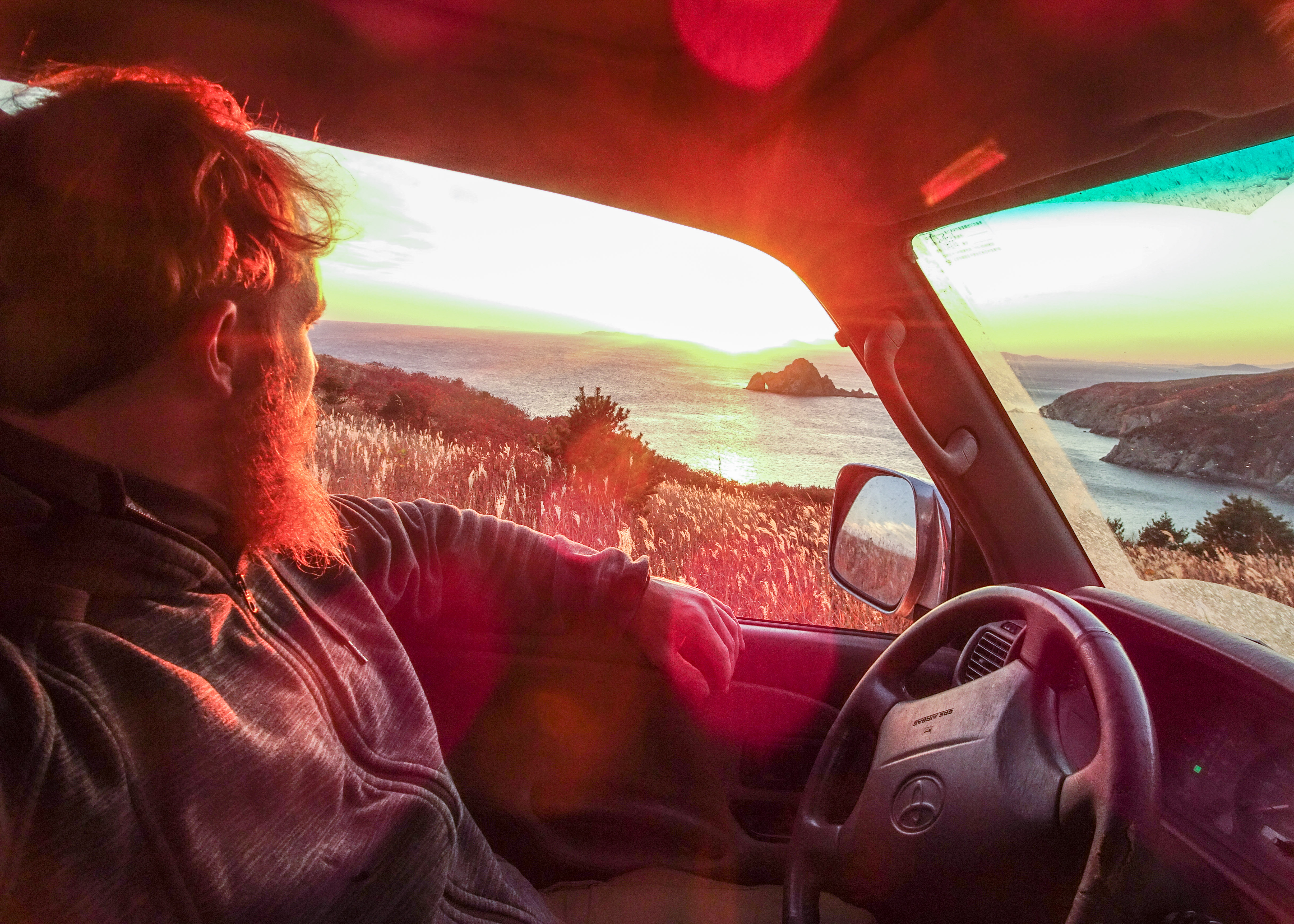 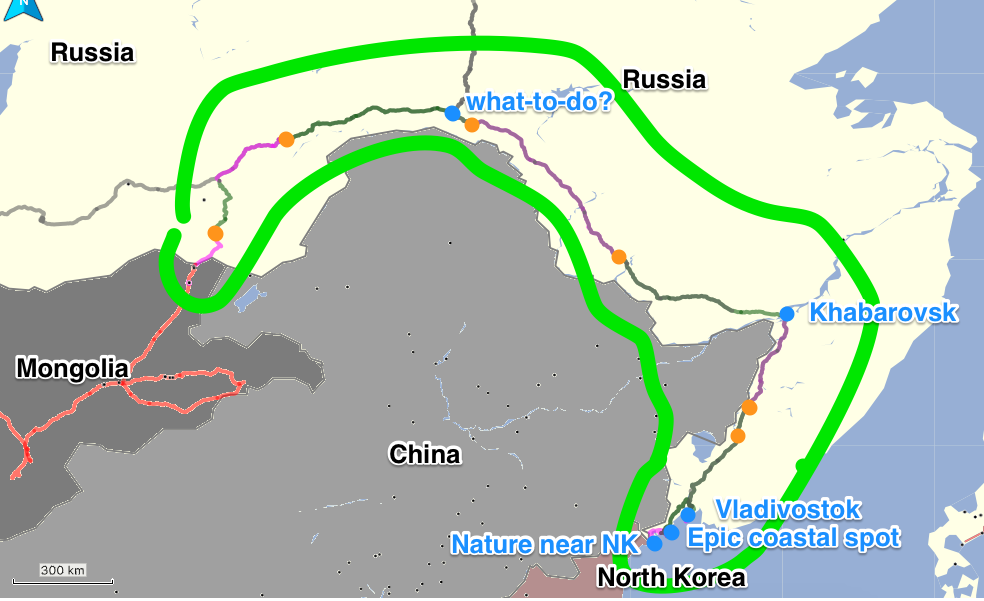 Mongolia seems to continue for a bit into Russia after crossing the border. Except, the road type is mainly tarmac, and the plains are more littered with old buildings and ruins. The first camp site was dark and cold. Winter was really setting in now. No more tent from now on I suppose. It all felt a bit strange, since the first main goal was to go to Mongolia, and that goal was met now. What’s next? Vladivostok looked like a nice option. But I had also read a bit about Yakutsk and maybe Magadan. So I set a pointer on the map where the roads splits in the directions Vladivostok and Yakutsk with the name “what-to-do?”, and started driving. 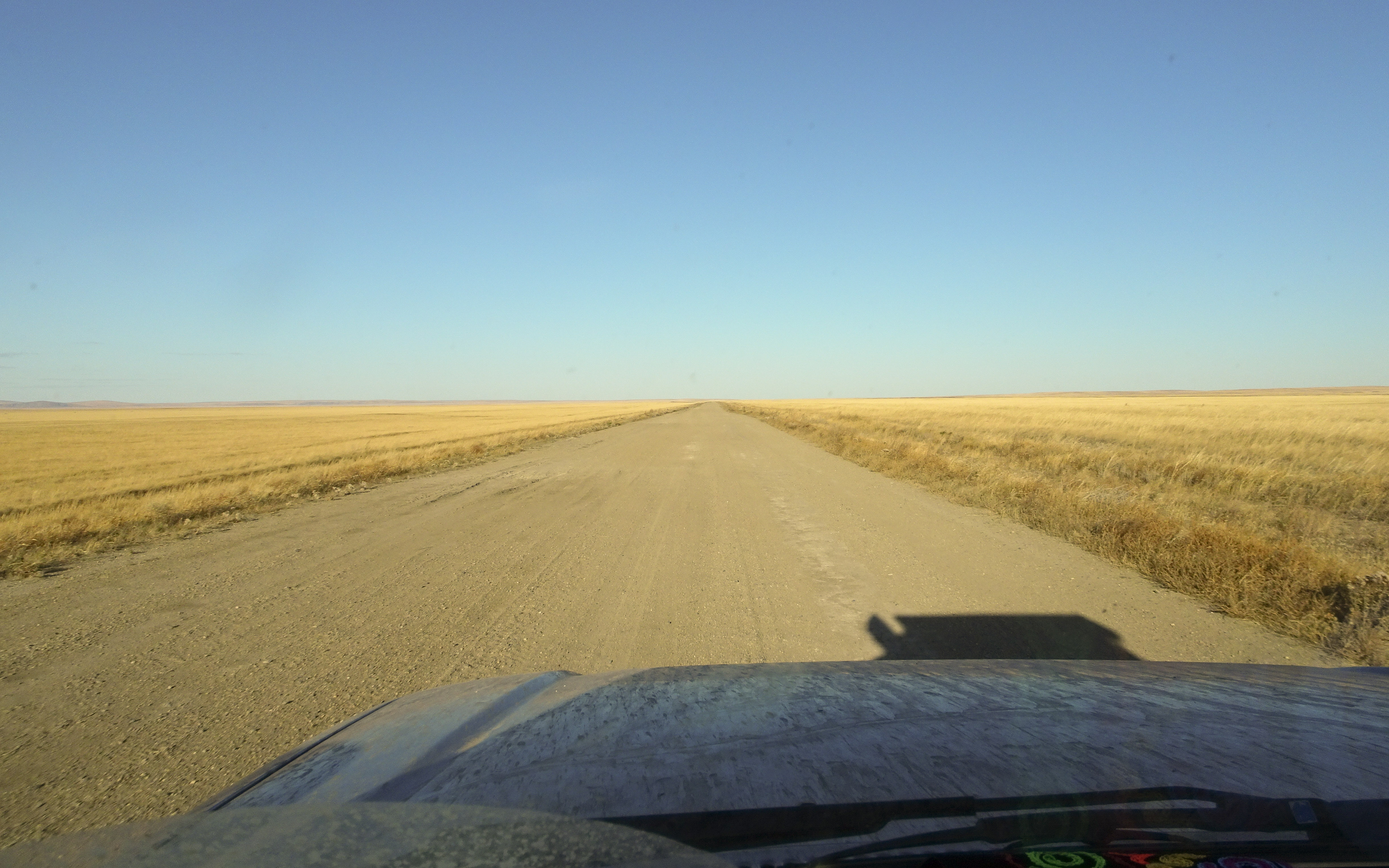 Mongolia continuing for a bit 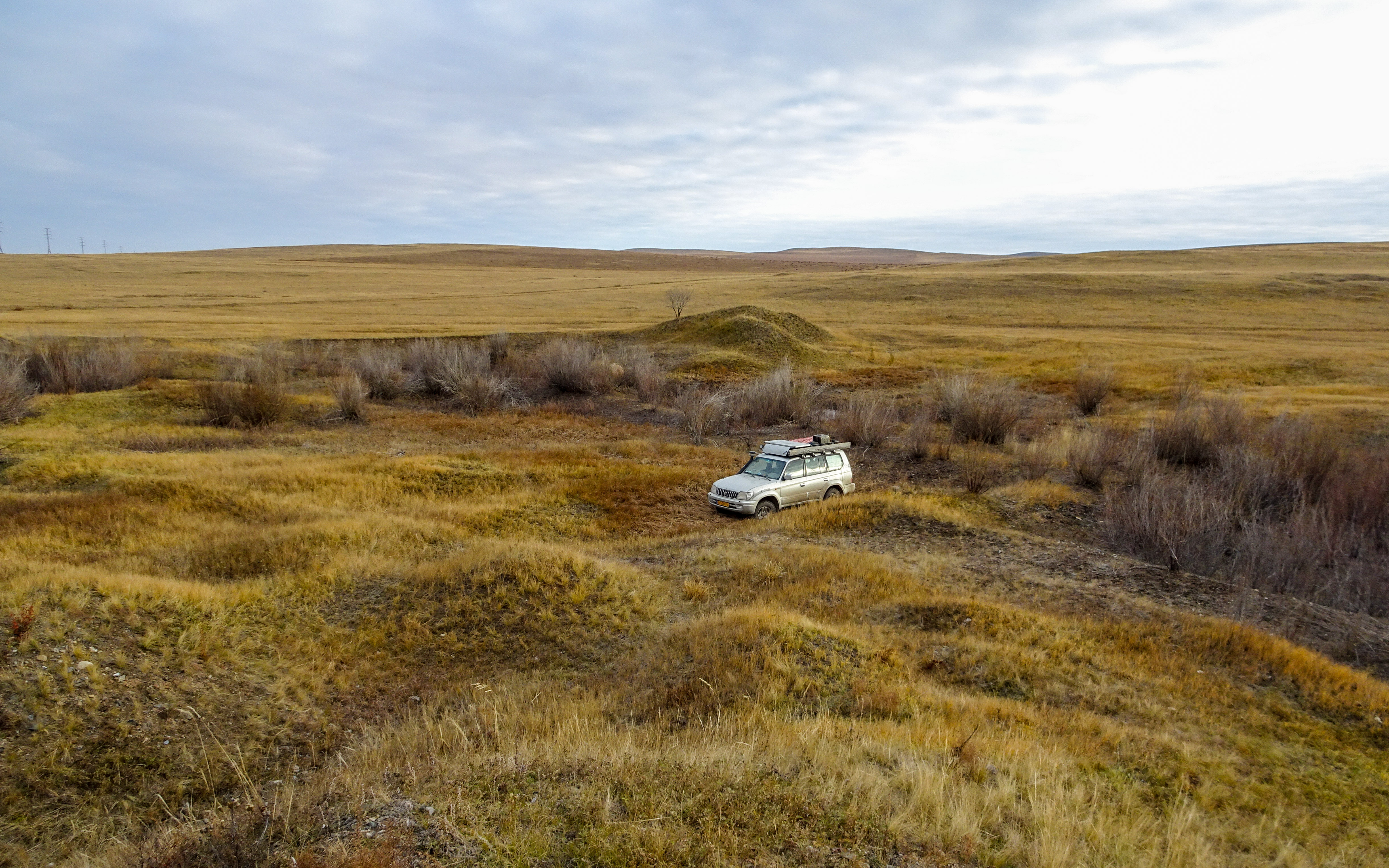 Slowly, more trees started appearing left and right. I made my way up to the main Russian federal highway AH30, through small wooden towns and increasing amounts of forest. It was a relief to find out that this highway is in very good condition. 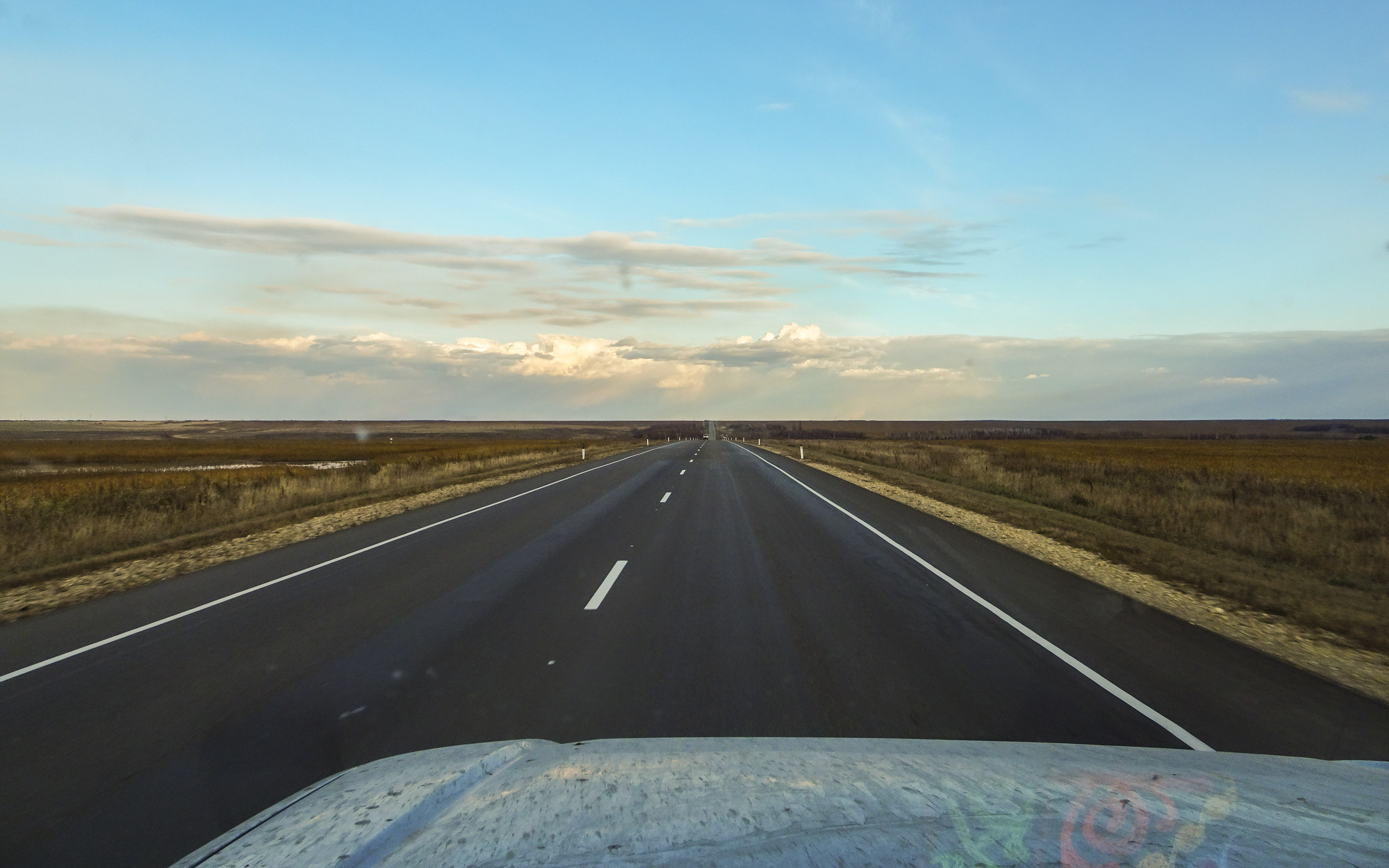 Everything is on fire! It seems to be a thing to burn off old vegetation on the side of roads here. Driving through burning fields of grass and trees has a certain cosy-apocalyptic feeling to it. Sometimes you could feel the heat of the flames through the windows. When I arrived at the “what-to-do”-point, which is very near a little town called Never, I decided to keep going to Vladivostok. I made pictures of almost every spot I slept in the car, but to be honest, they really start blending together lately, into one generic spot in a generic forest. 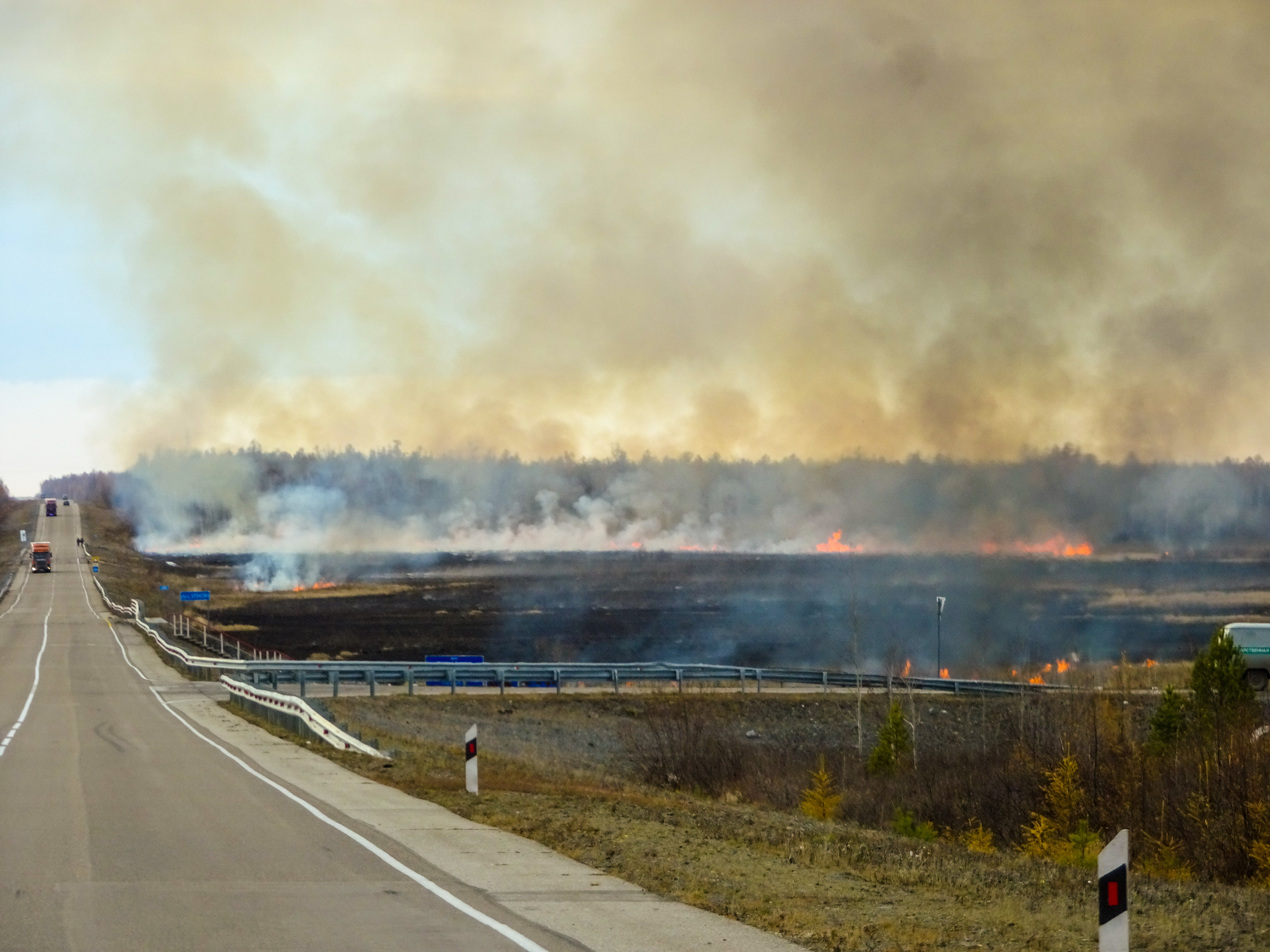 The world on fire

What a looonngg road this is. 600 km per day, a full tank, and you still feel like it’s going nowhere. But, I reached Khabarovsk this day! It is located near the eastern most point of China with a population of about 600.000 people. It felt kind of good to be in a populated area again. I checked in a hostel, found a secure parking spot nearby and went for some food and a beer in the pub near the hostel. The next day I decided that I needed new batteries. Brutus clearly had a bit of difficulty starting at lower temperatures lately, and I was starting to consider going a bit further north. Also, the way back through Russia was probably going to be pretty cold. The owner of the battery shop was very enthusiastic about the trip and gave me a starter pack for free, as a safety measure in cold temperatures. After that I went to get new oil (5W30, for colder temperatures). After that I was invited by the salesman of the oil company to have dinner with him and his wife at his place. After that we went to have a small walk through town with their dog. It was a really good day

Khabarovsk is a good looking town with a long water front along the Amur river. It has, like most towns in the east of Russia, a rather short but diverse history as a city, being swapped back and forth between Russia and China for a bit in the beginning, and developed as an industrial outpost later on. A bit of random info for ya so you don’t have to wiki. you’re welcome. 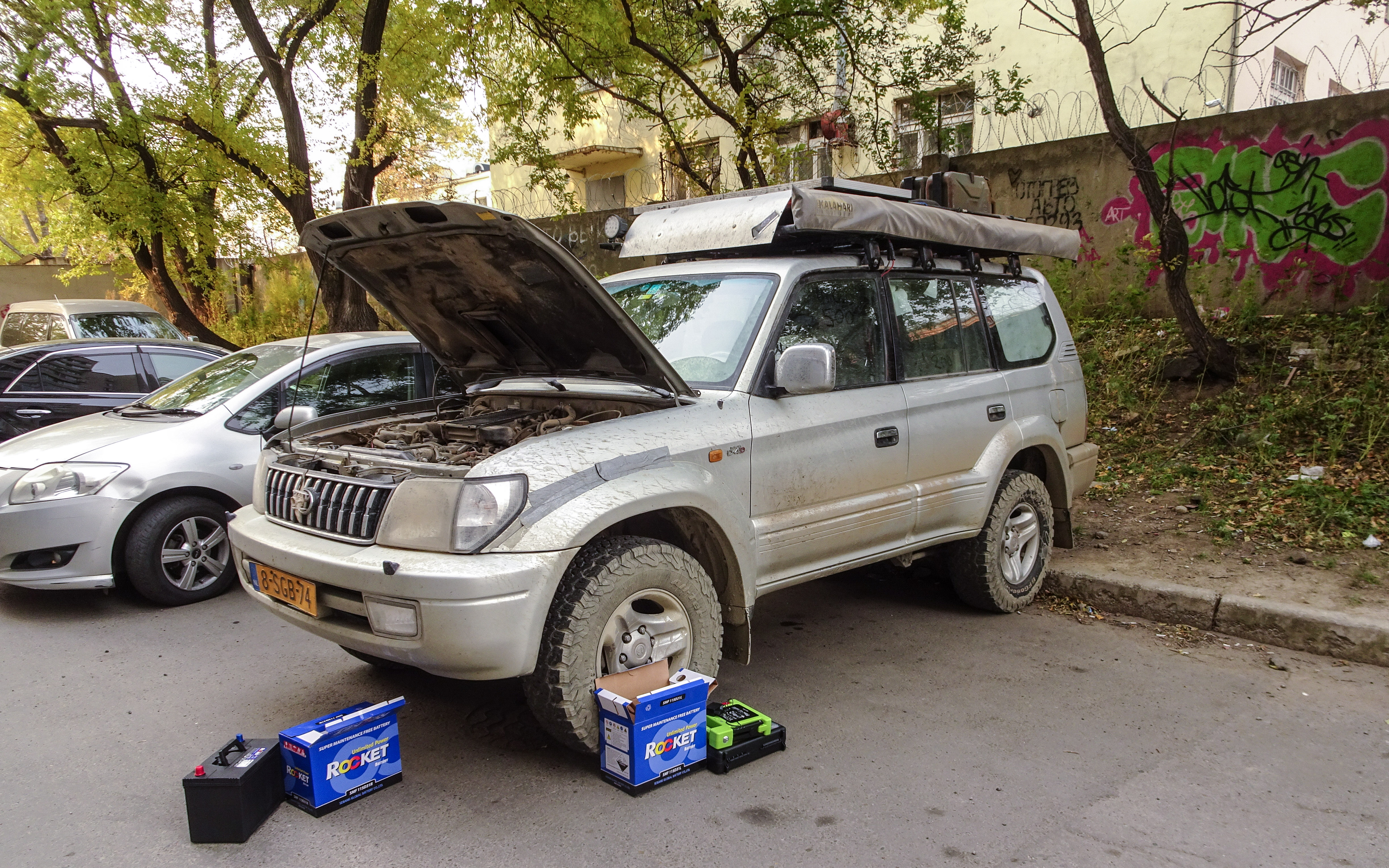 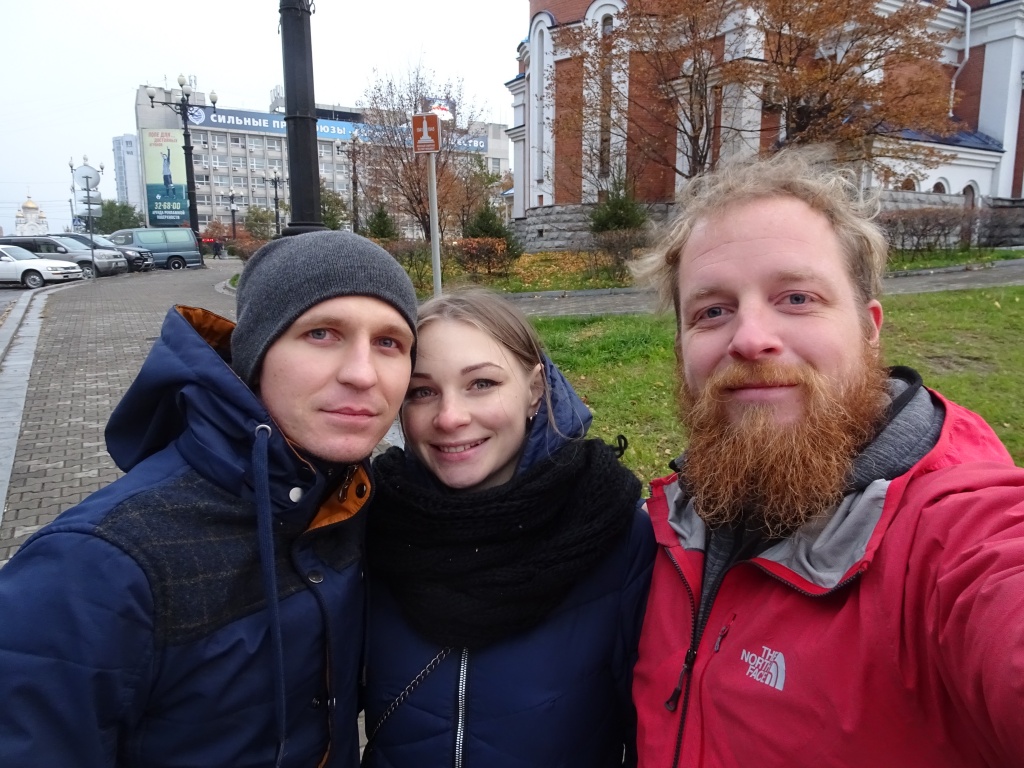 Thanks for the help with Brutus and the tasty lunch!

(all my other pictures in Khabarovsk failed or are terrible )

Time to start driving the 800 kilometers left towards Vladivostok again. A distance I split into 2 days. The campsite in between towns was at the end of a little forest road, on top of a hill that looked out over the surroundings. It was a work site of some kind, but with a good view. 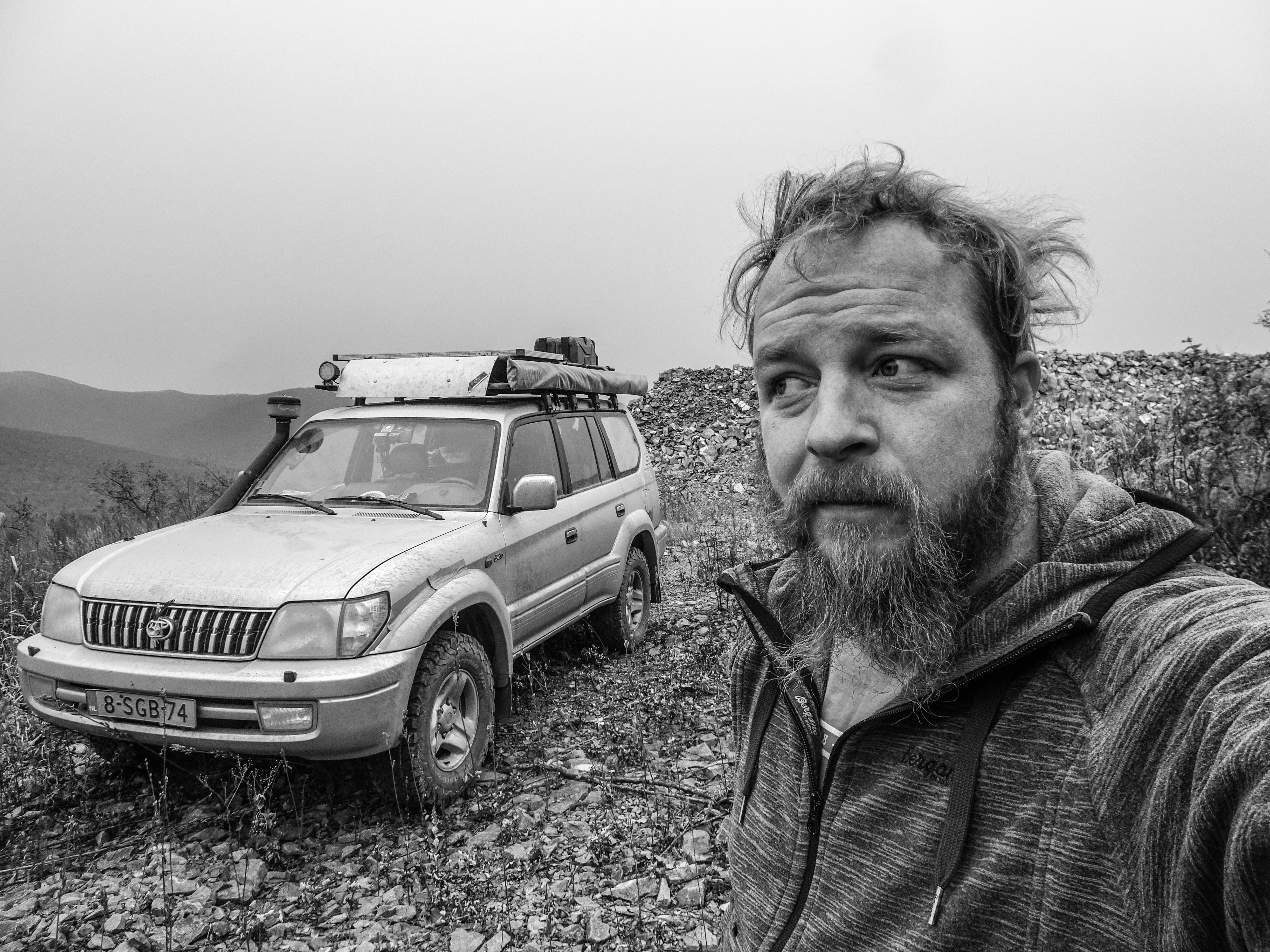 This day I arrived in Vladivostok and checked into a hostel in the center of town. I didn’t like being this much in the center and also they were full the next day. So I moved to hostel Rus, at the sea side. A good choice because the personnel was very nice, the atmosphere was relaxing and the view rather stunning. I stayed there for a week while I planned and booked a trip to Japan by ferry. The idea was to leave Brutus behind in a parking garage for a month and take the passenger ferry to Donghae (Korea) and Sakaiminato. But I would cancel these plans later on. Japan would have to wait because I suppose I was finally starting to feel the effects of travelers fatigue. A strange feeling that makes every detour a little unnecessary and needlessly strenuous, every new church or viewpoint some kind of task, and it’s hard to find a reason to keep going sometimes. This, combined with the feeling that you’re missing out on things because of driving by without stopping, or not seeing major travel destinations can be a little depressing. This week in Vladivostok was nice though. I went for long walks and a bunch of side trips. I visited the glass beach, east of the city. This beach used to be a dump site for a glass factory nearby. The dumped glass spread all over the beach. I walked around town, to the small light house in the south and the submarine museum near the marine harbor. Two other guests and I drove to Ruskii island where we went to a military museum, found some nice off road stretches (by accident) and a hidden fish restaurant near the water. And, finally had some work done to Brutus (the breaks needed to be checked). I found a garage near the hostel with the nicest people imaginable. Alex and his team checked my brakes, fixed some noisy engine bearings, a new T-belt and helped me find a new jack, all for an incredibly low price. They gave me food and drinks and advice and I helped Alex move his sisters belongings to storage. You are awesome! 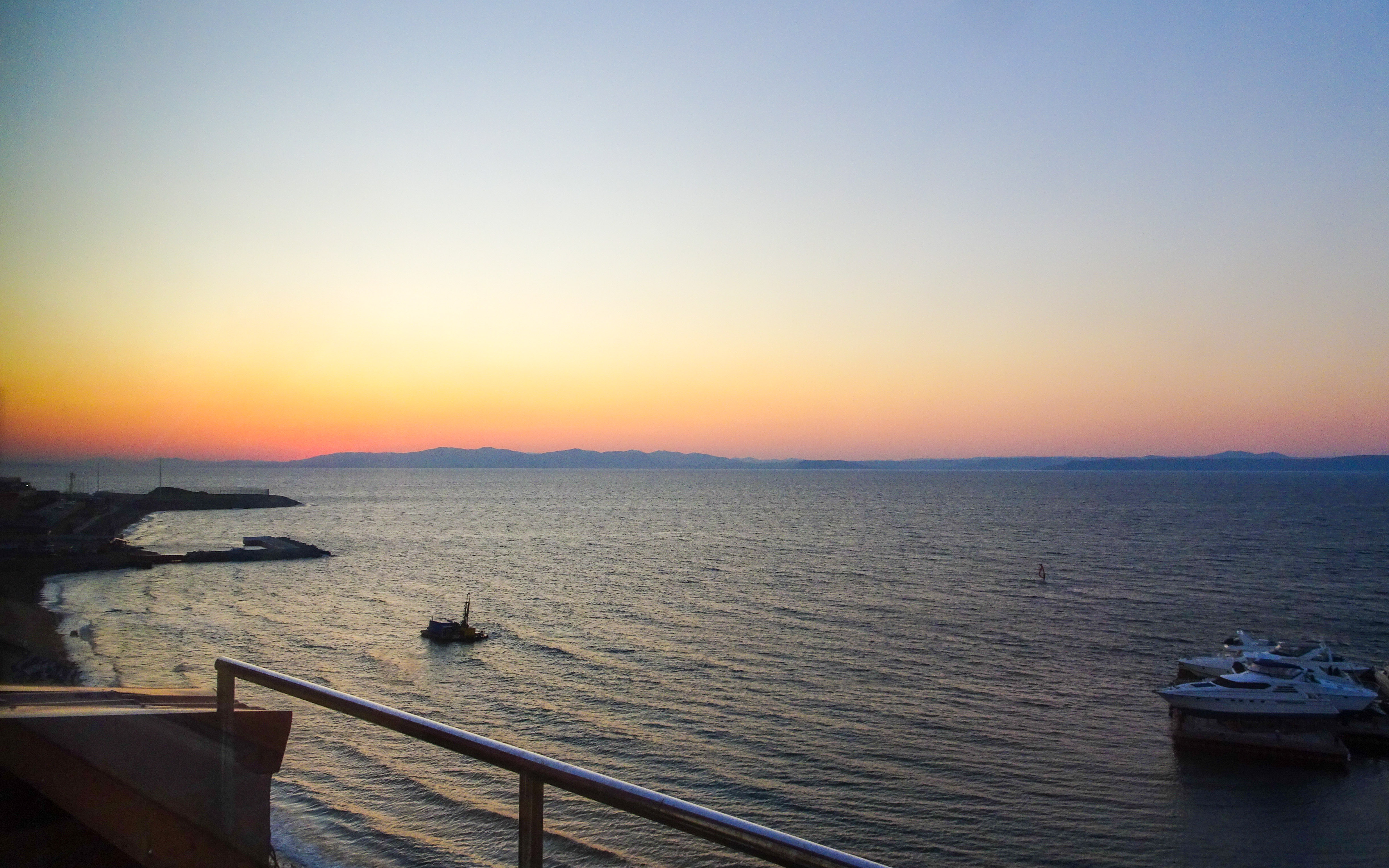 The view from the hostel 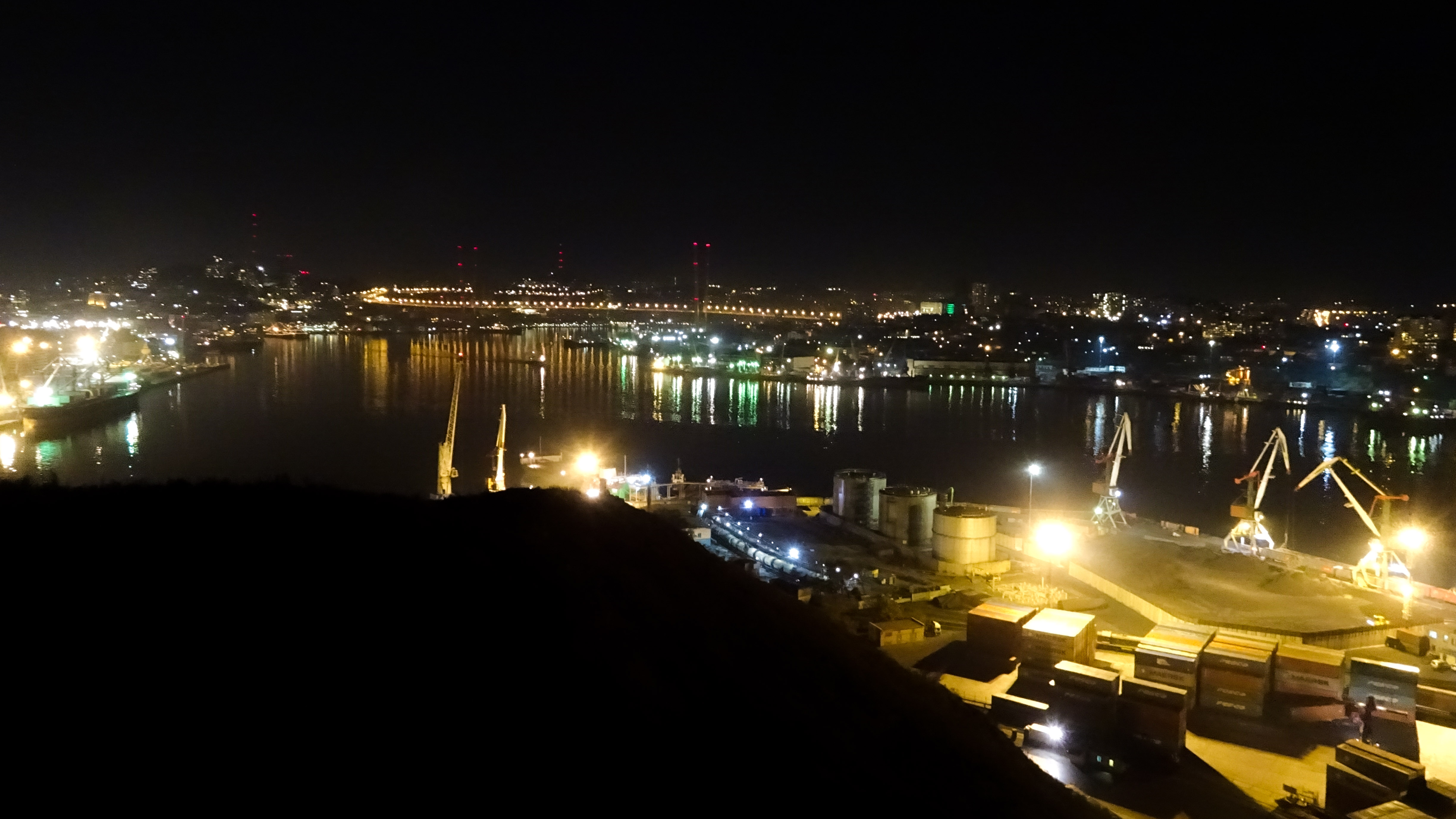 Night walk view of the harbor 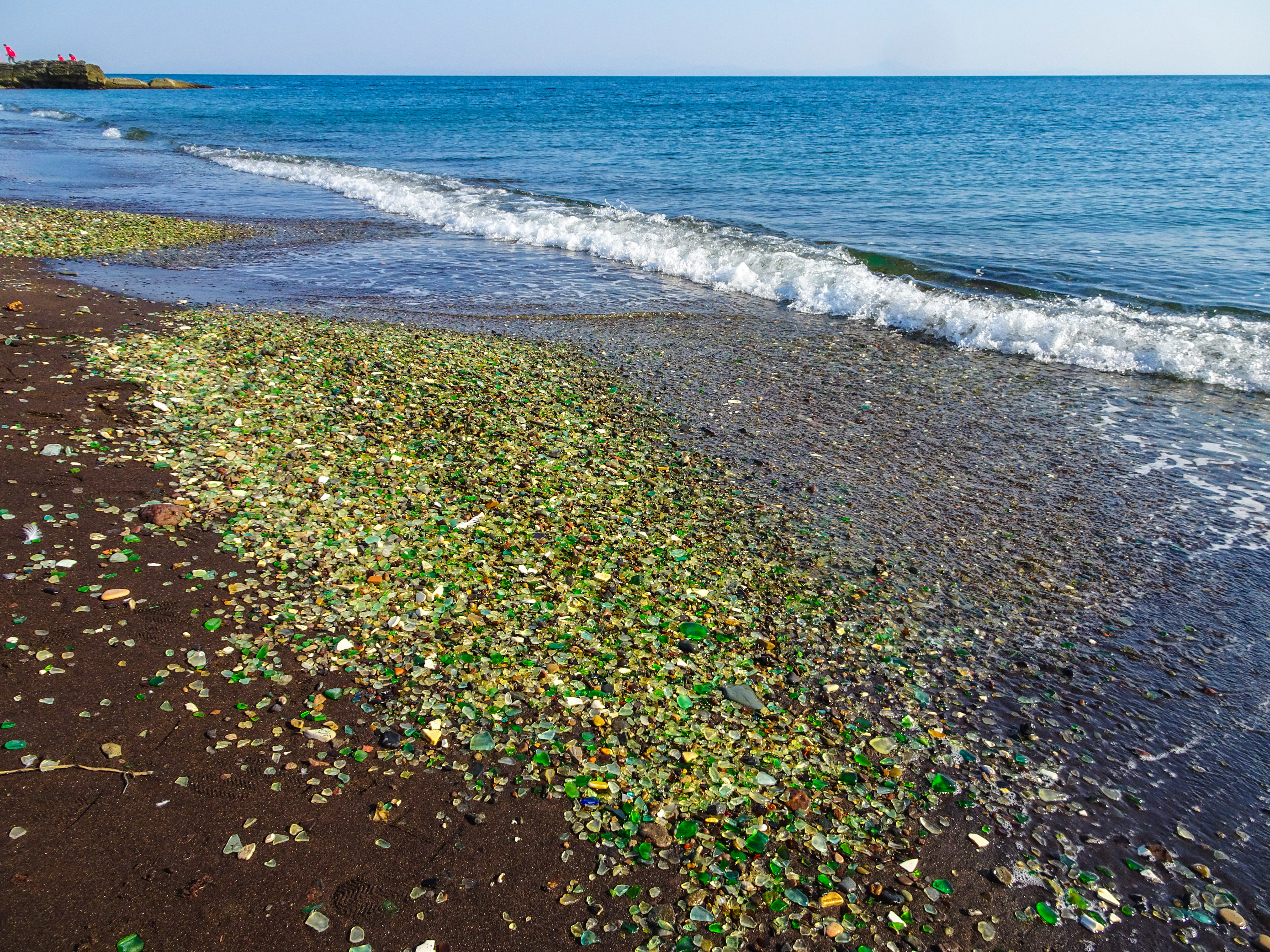 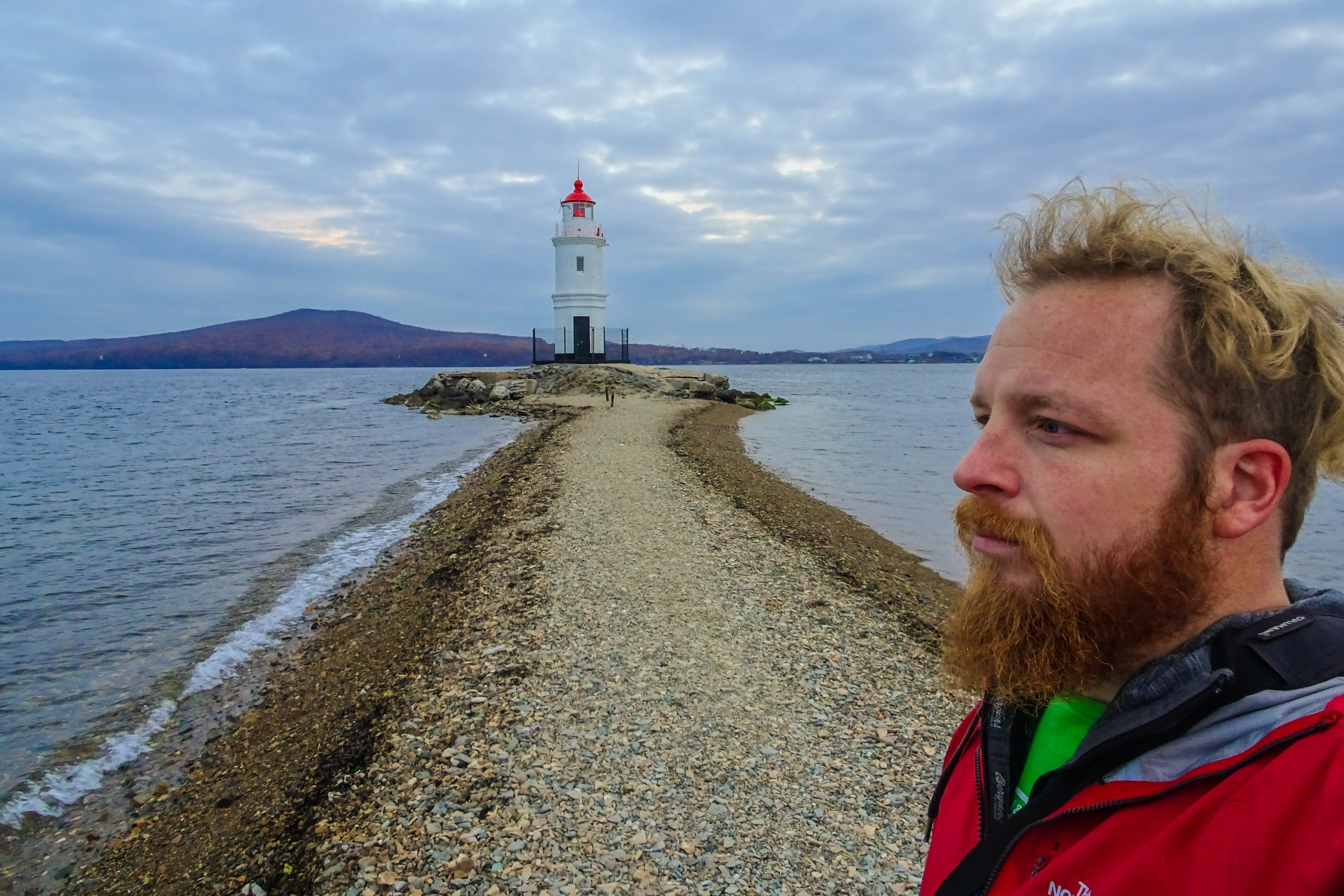 Sailor look selfie near the lighthouse 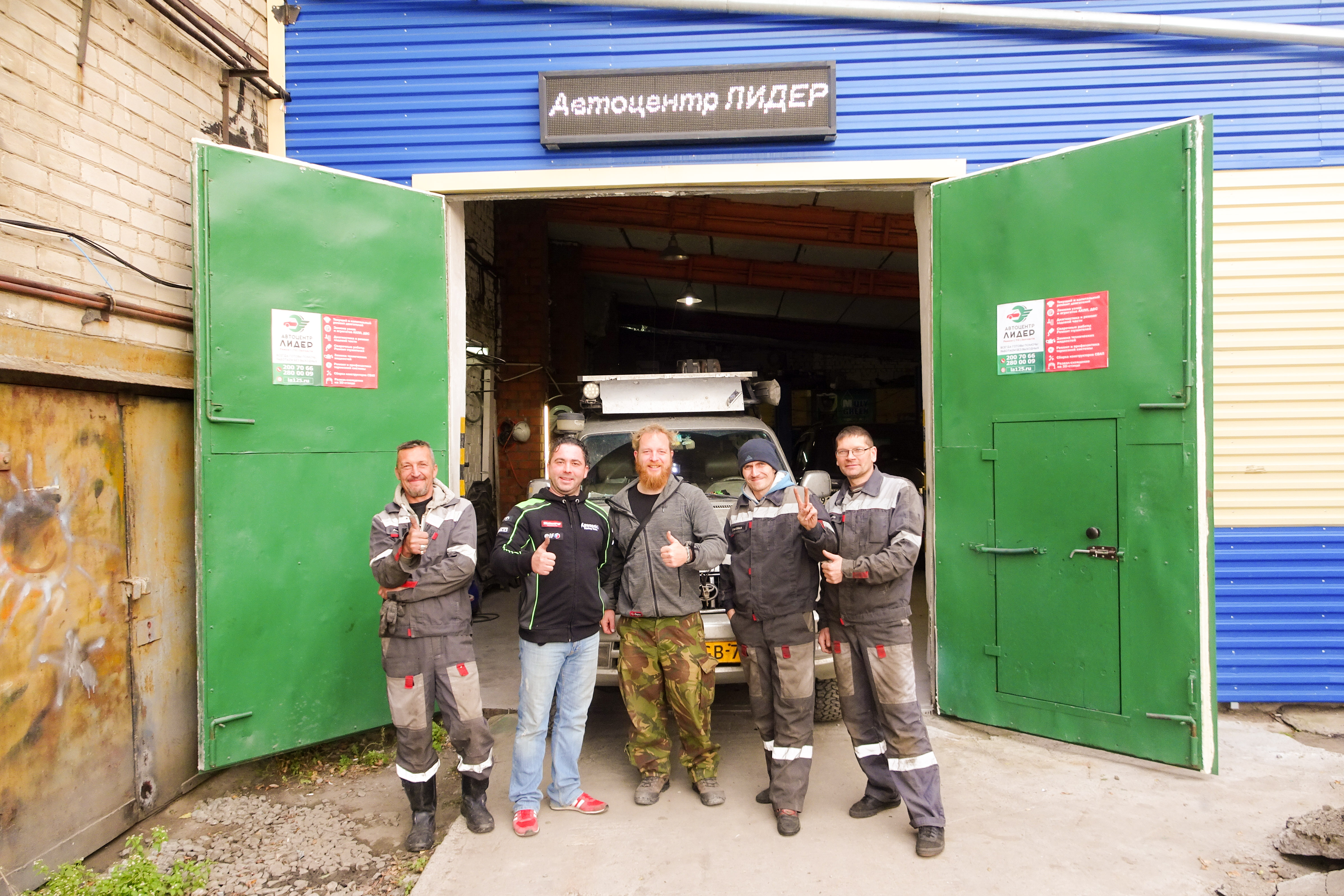 Alex and his amazing mechanics team really helped me out! 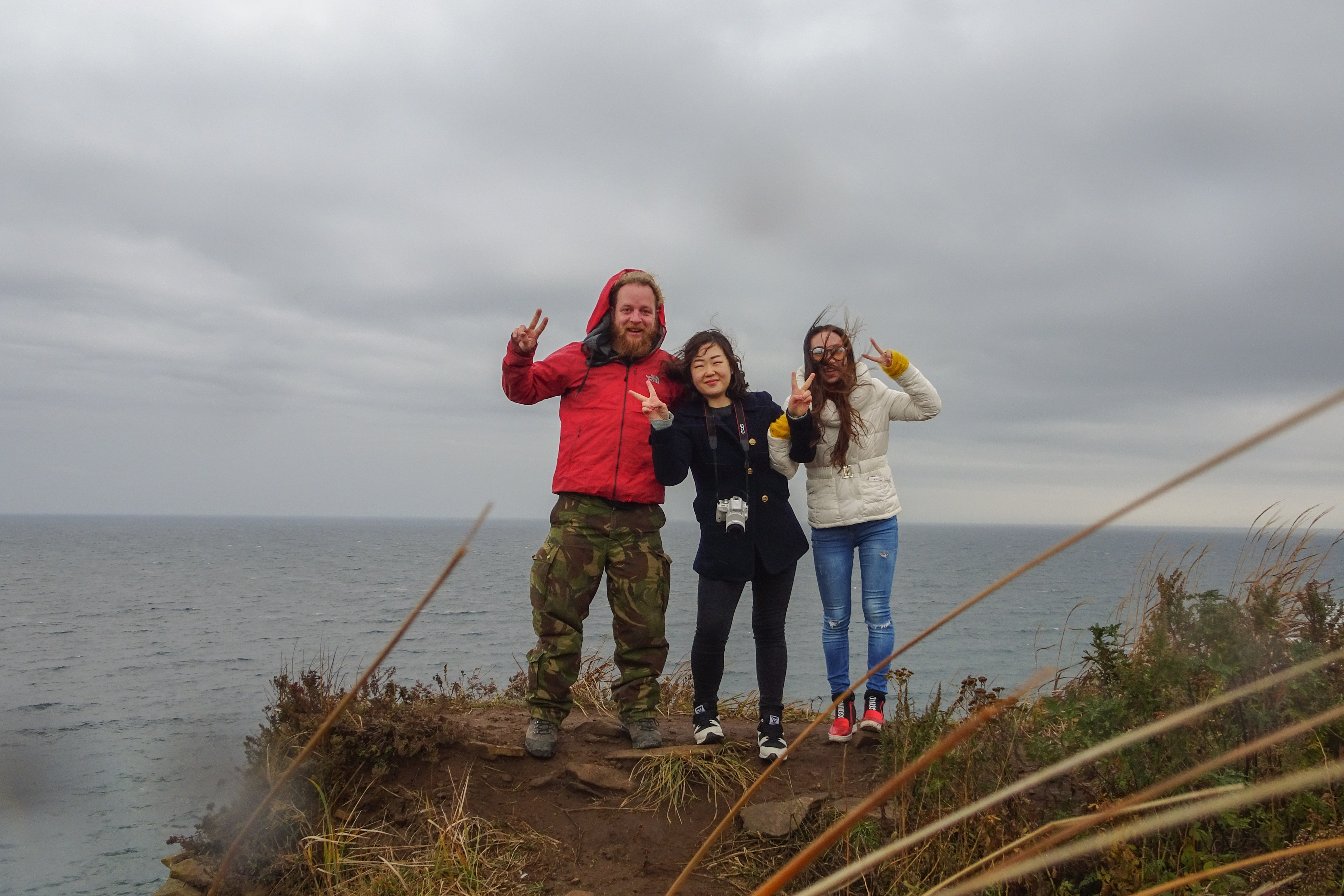 Russki island trip with my friends from Korea and China 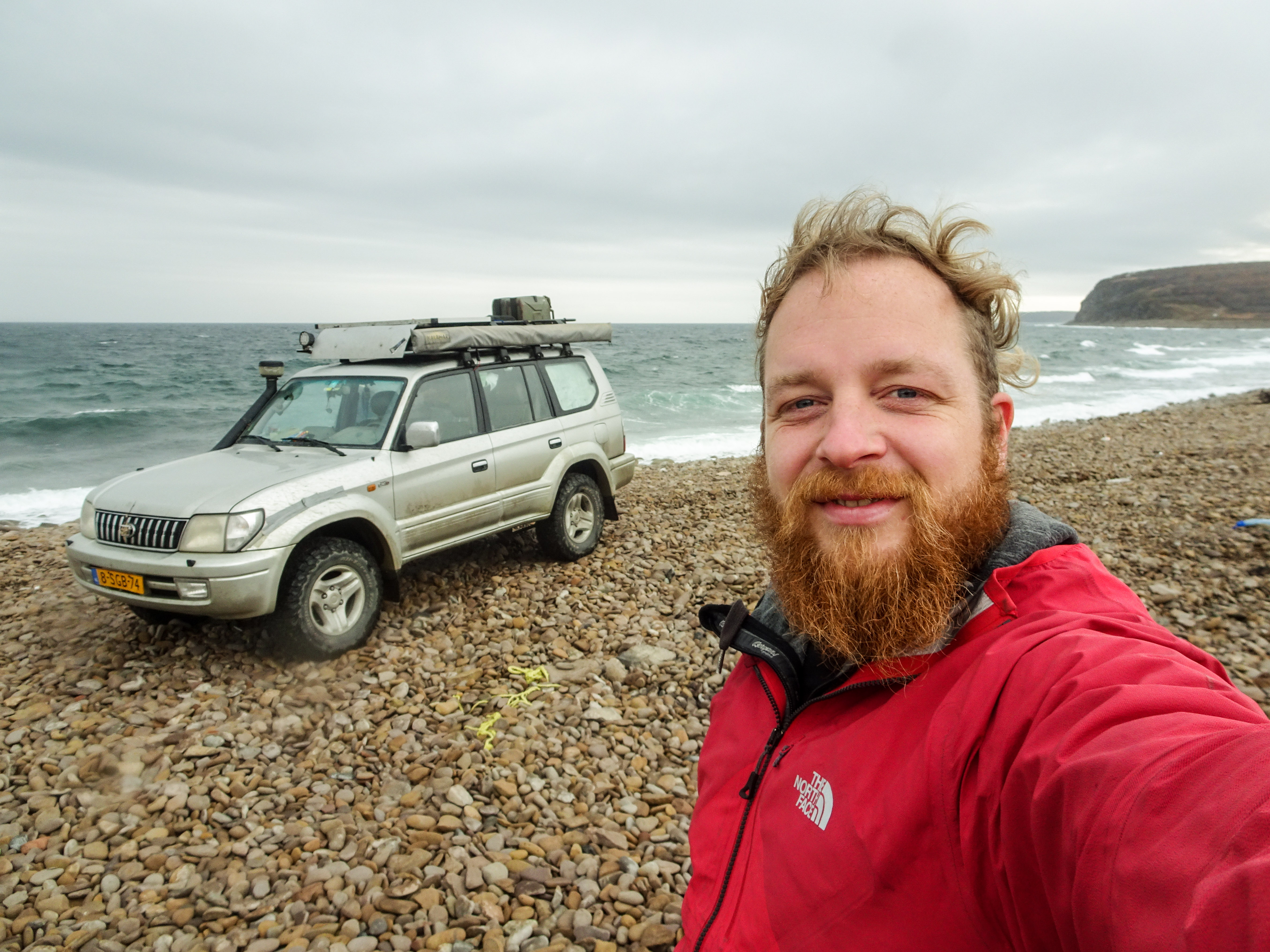 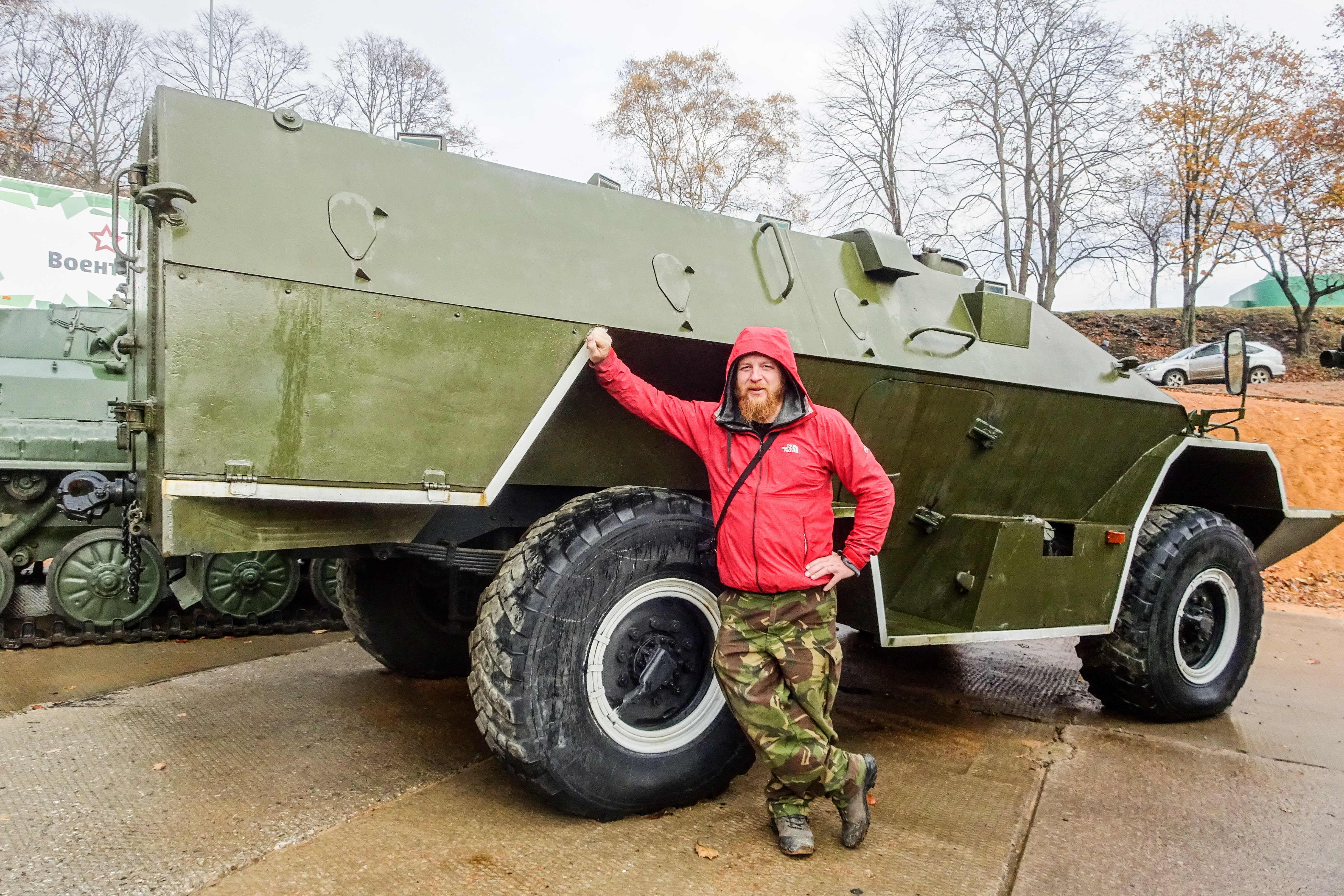 A contender for my next trip? 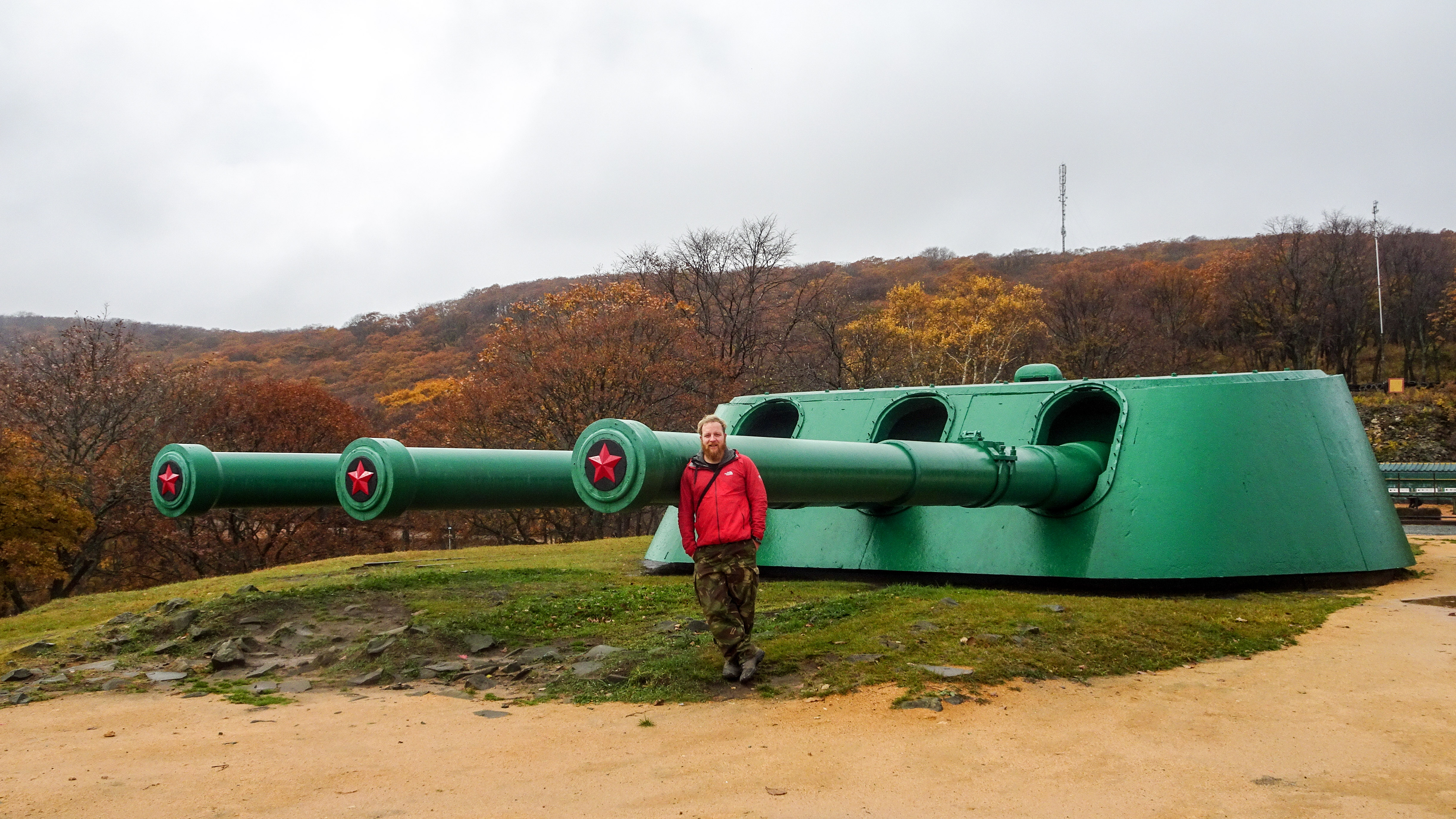 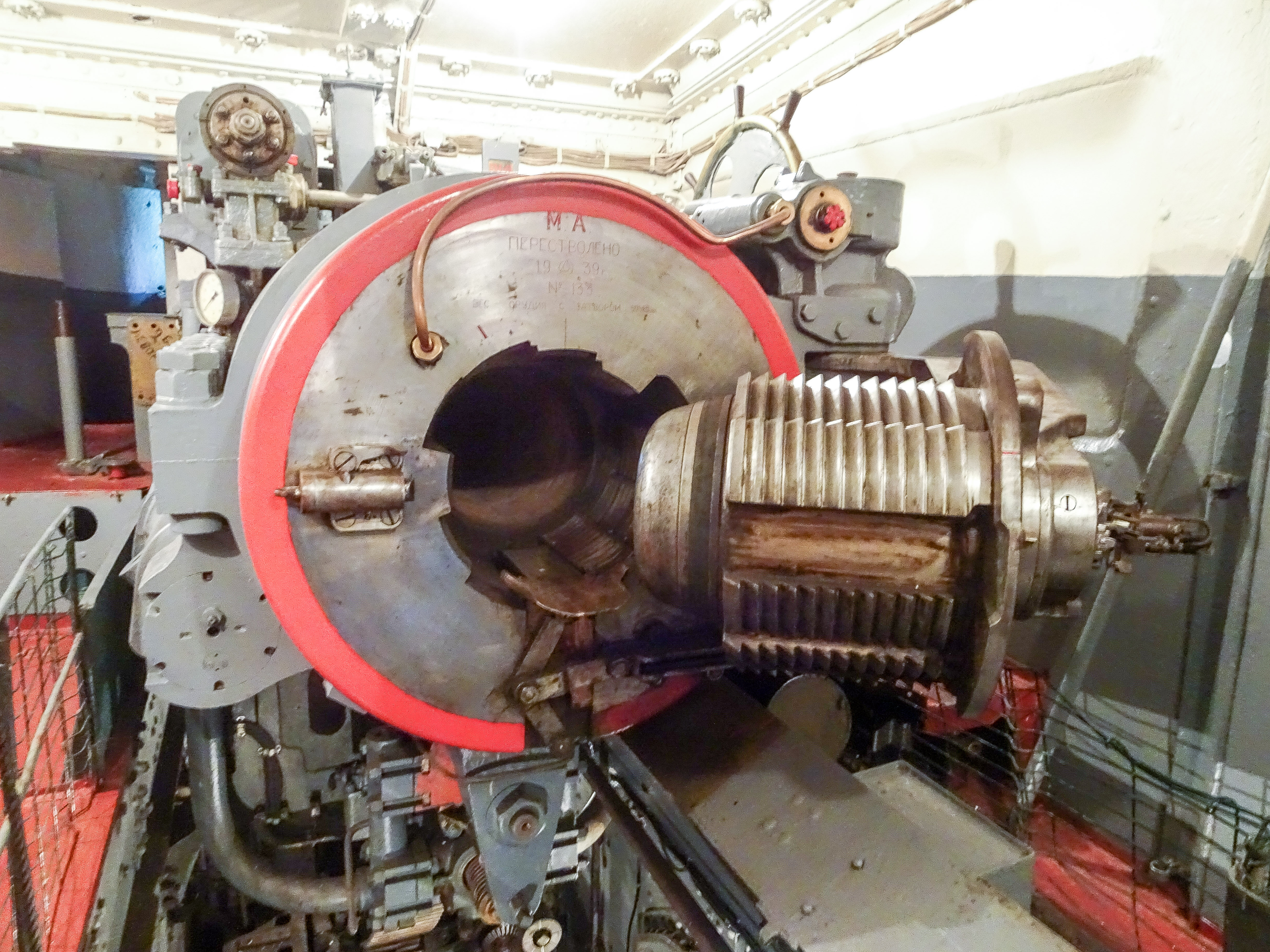 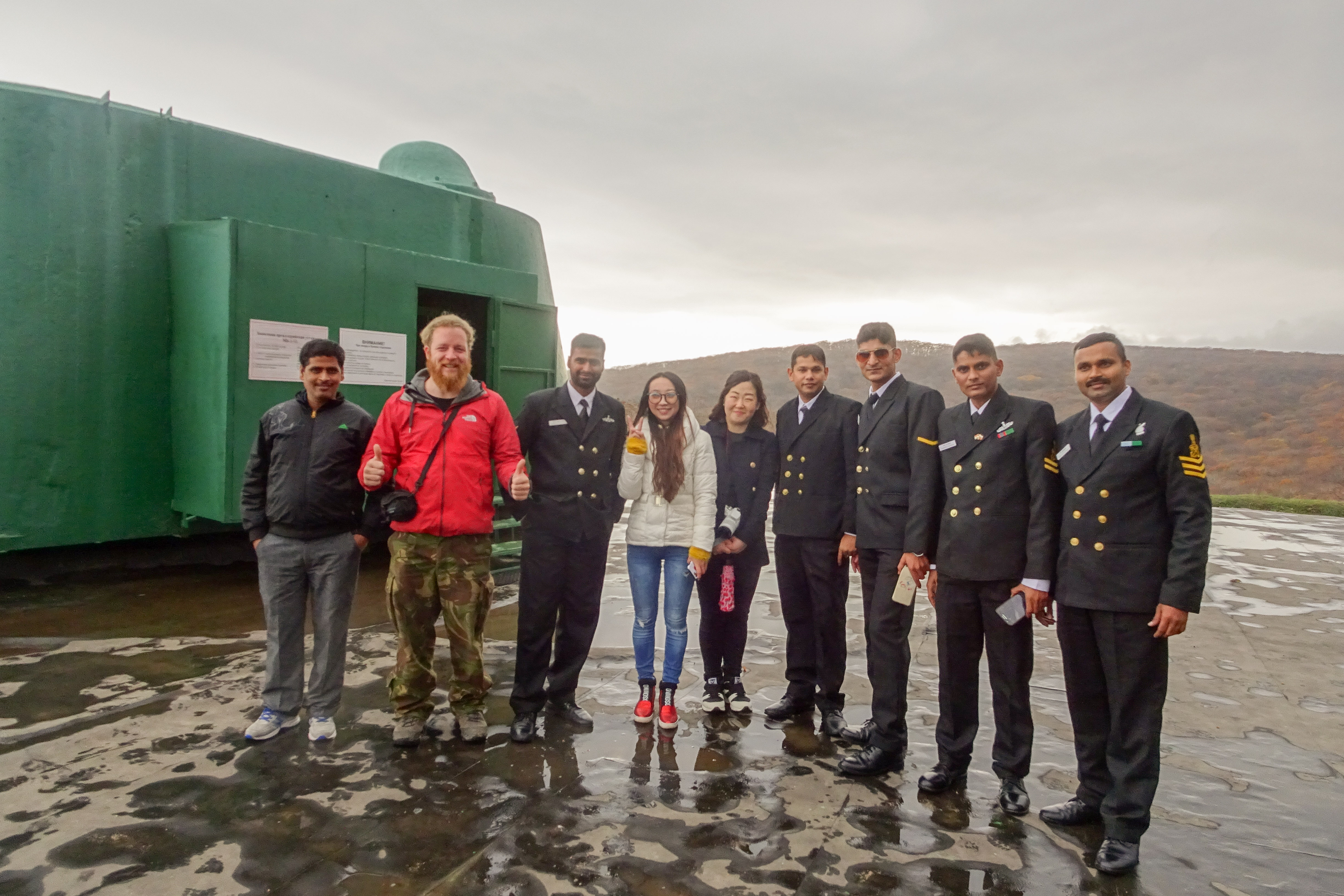 One of the 200 selfies with Indian navy guys

North Korea was nearby so it was time for a little trip. The 180 km road to the border is in mediocre condition. On the road I saw a lot of off road vehicles, so my guess is that many Russians go south to hunt, fish and do some greenlaning. The coast in this area is stunning, and nature is different somehow. More grassy and hilly. Also, I seemed to drive back into autumn because trees were in all colors. This area is touristy as well as half abandoned. It is littered with ruins, holiday residences and well, litter. After some roaming around on bumpy tracks I found a ridiculously awesome spot near the coast to put the car and had a good night rest after some beers and a movie. 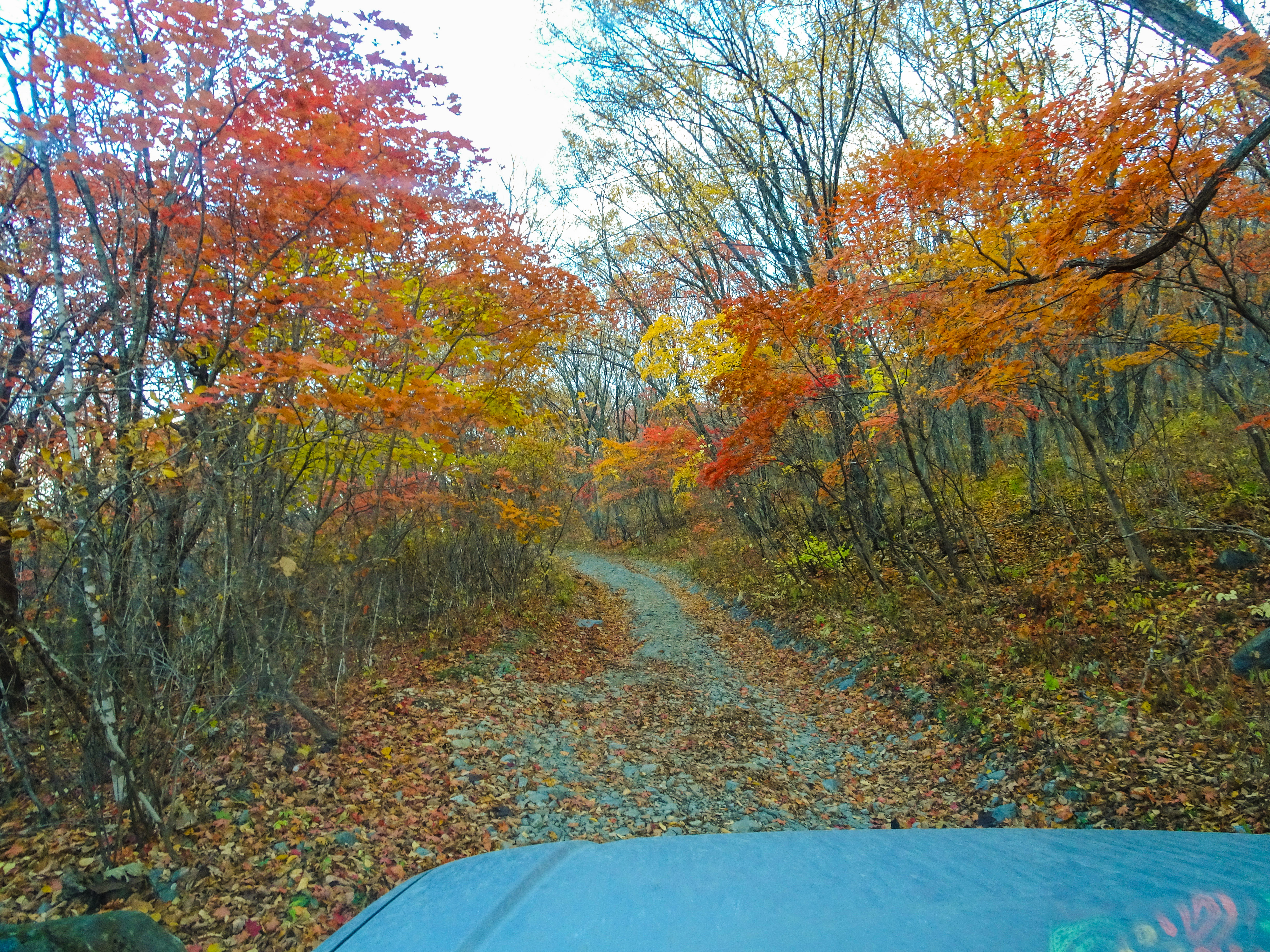 Driving up through fall 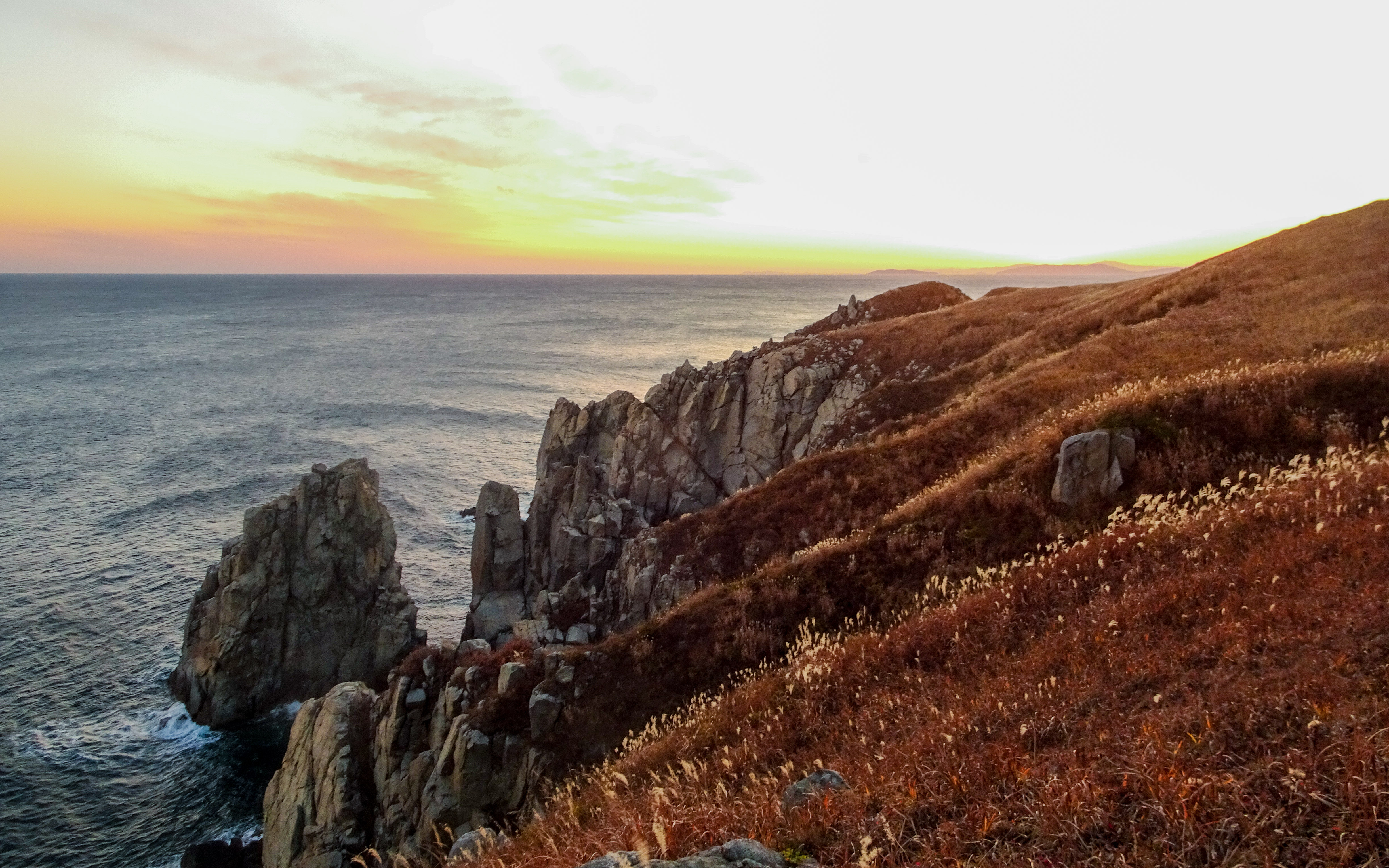 The view from my parking spot for the night

A few kilometers down south was the border, near a little town called Chasan. I wasn’t a hundred percent sure I was allowed to go there, but having learned nothing from my previous border experience, went in anyway. There was no army, or police, or check post in sight so I just kept driving until I saw the border posts of the North Koreans on the other side of the river. I took some quick shots with the camera and headed into a nature reserve nearby. Another stunning landscape by the sea with fun tracks and beach driving. No one there, beautiful weather and the sea nearby. Really refreshing and uplifting for the spirit. This is where I decided not to go to Japan, but to head back in the direction of home, with a little detour called Yakutsk, and when possible Magadan. Brutus is my pal, and we will do everything together on this trip. 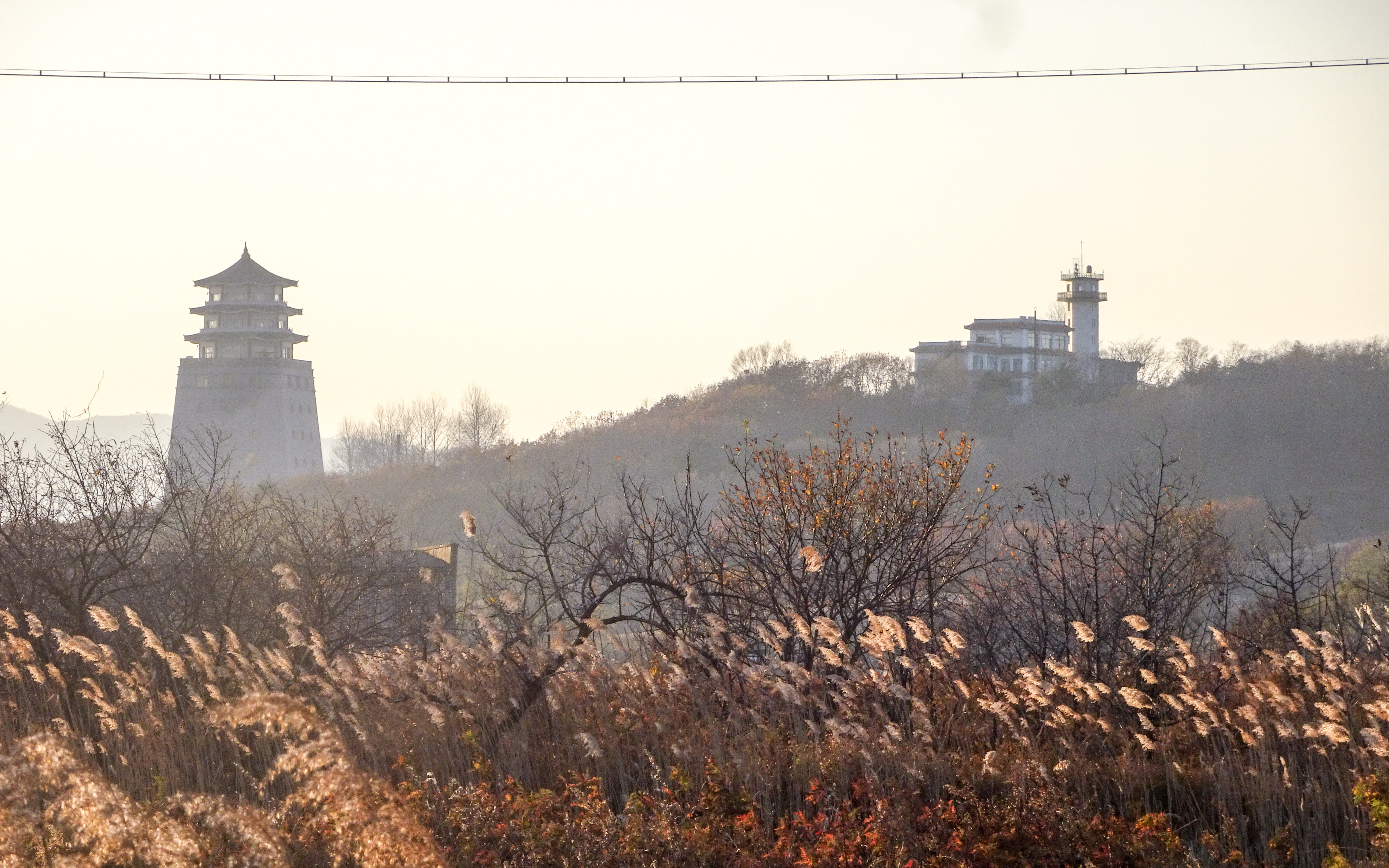 A glimpse of China (Not North Korea as I said earlier) 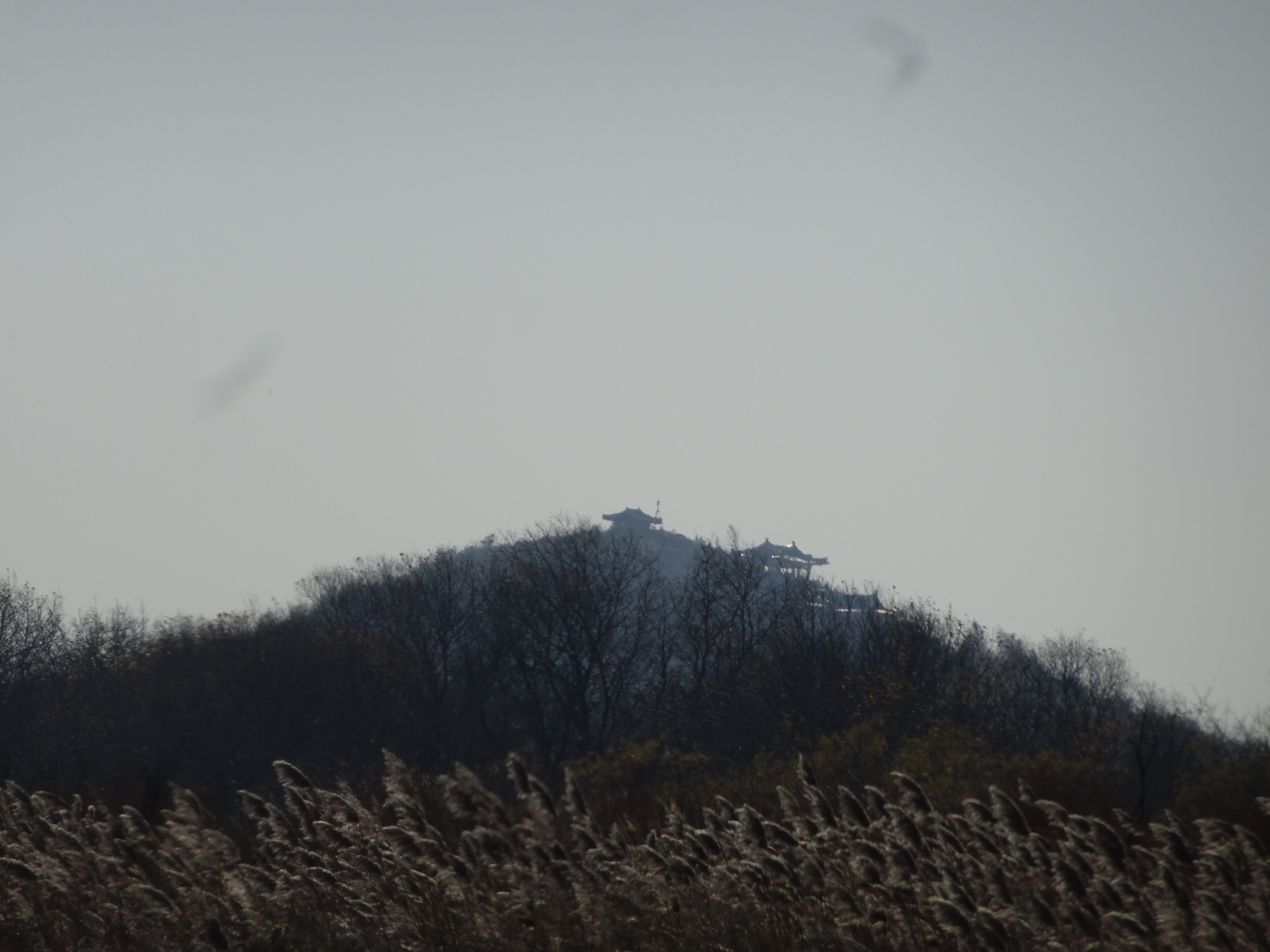 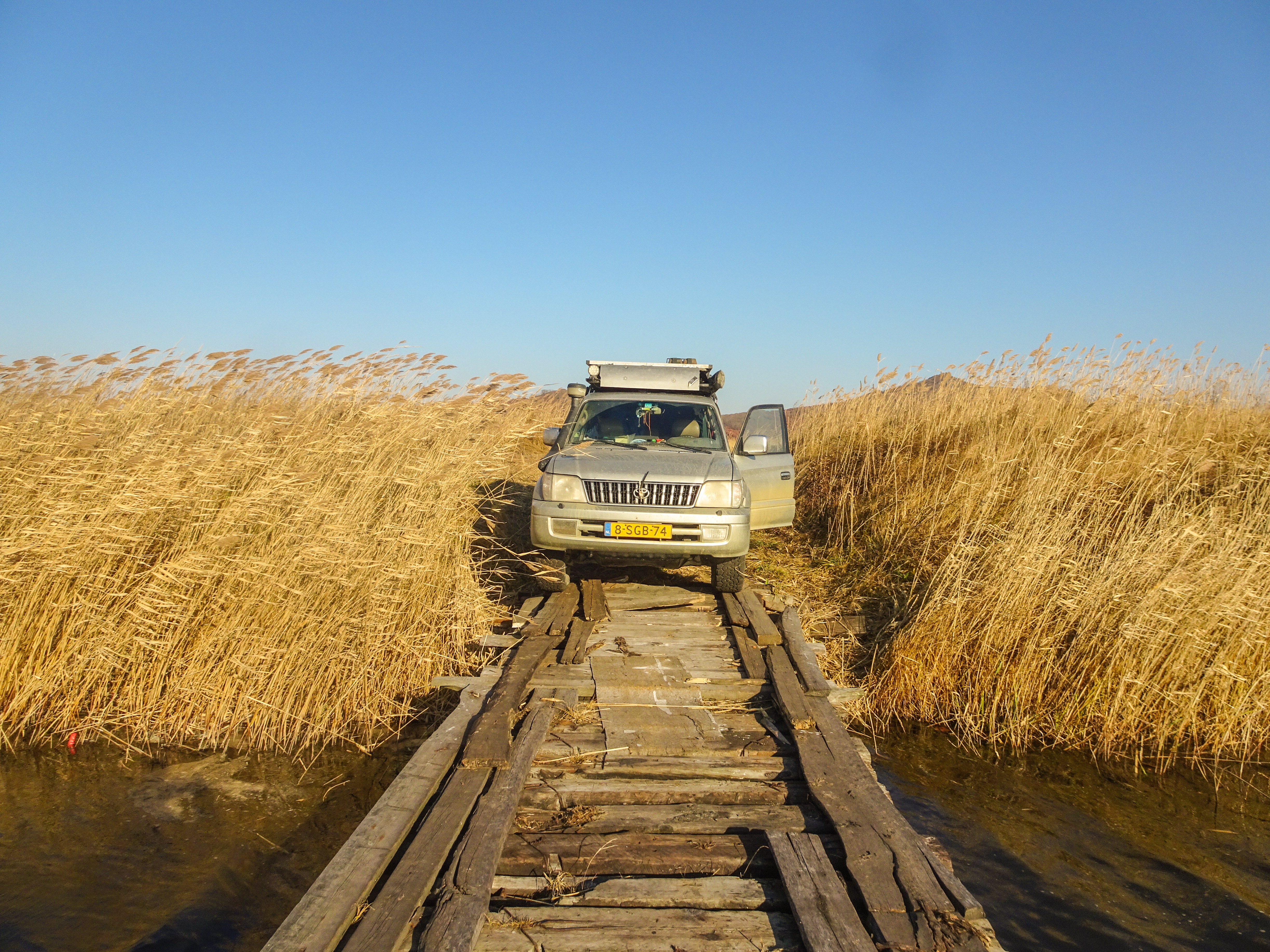 This might look very tough and daring, but I only walked over and decided to drive back from where I came

After having explored the area near North Korea successfully, without being detained or arrested this time, I drove back to Vladivostok, to the same hostel. I stayed one more day before back north again, towards the “what-to-do?”-point. 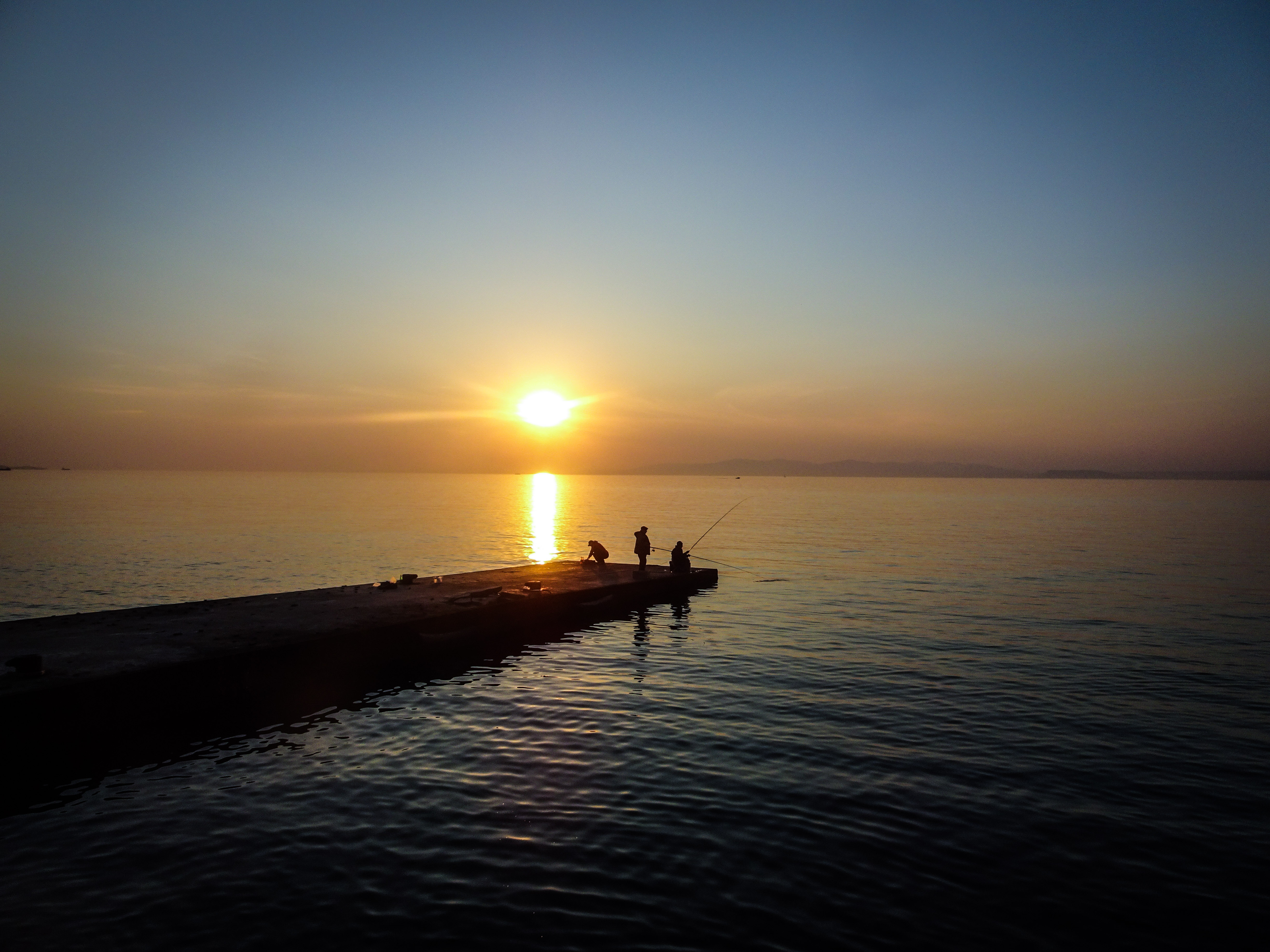 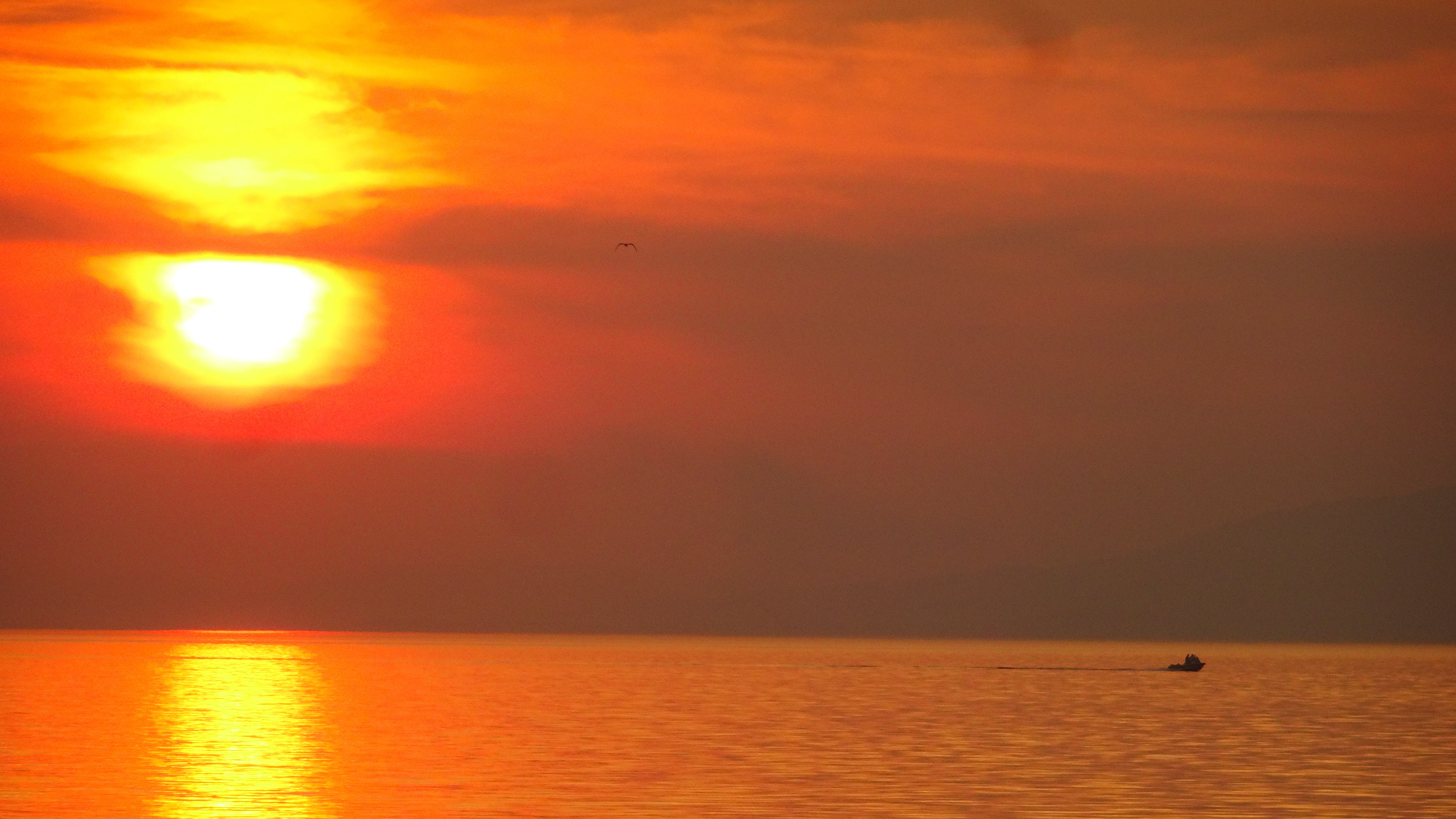 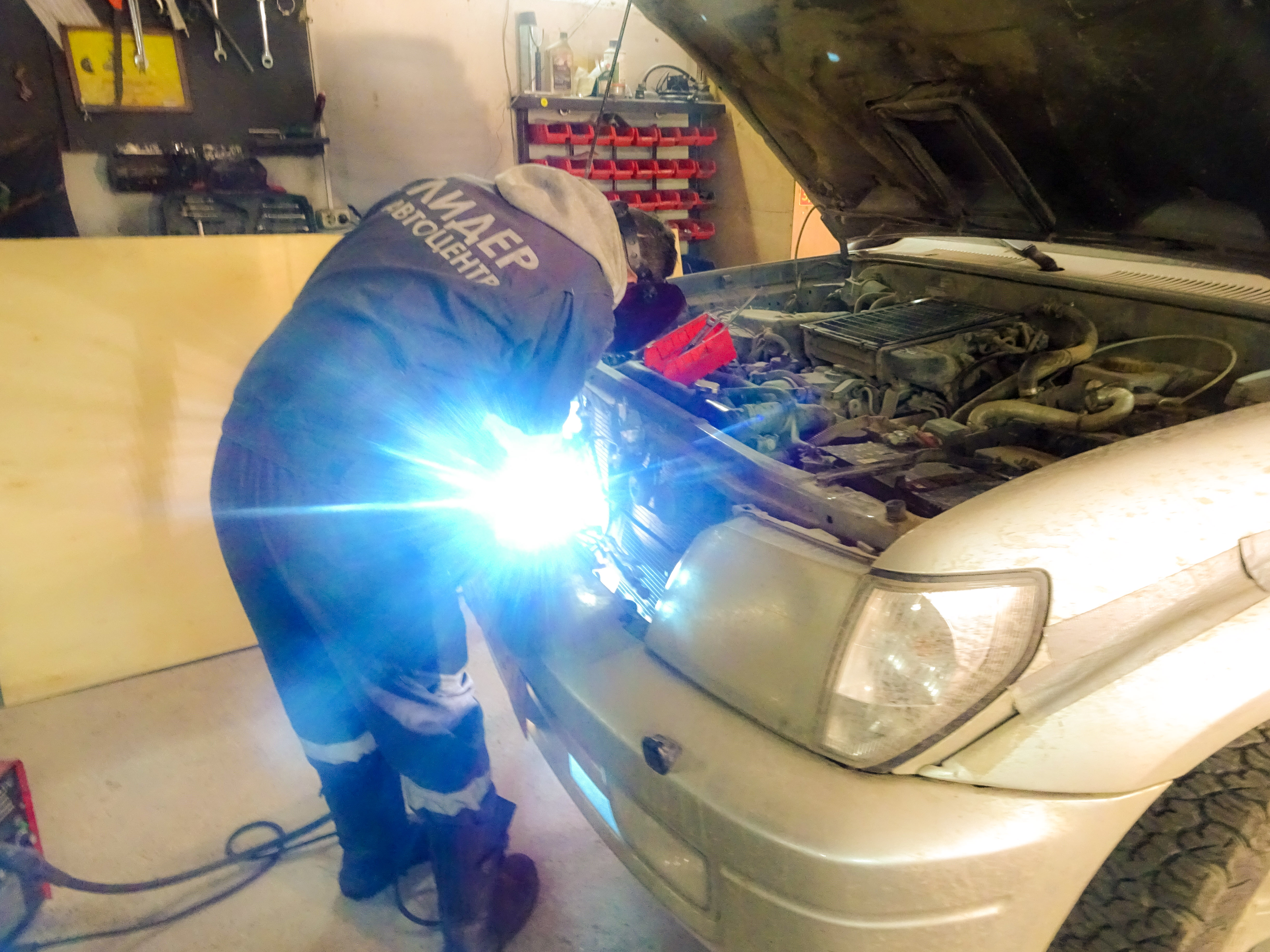 One more problem to fix before leaving Vladivostok