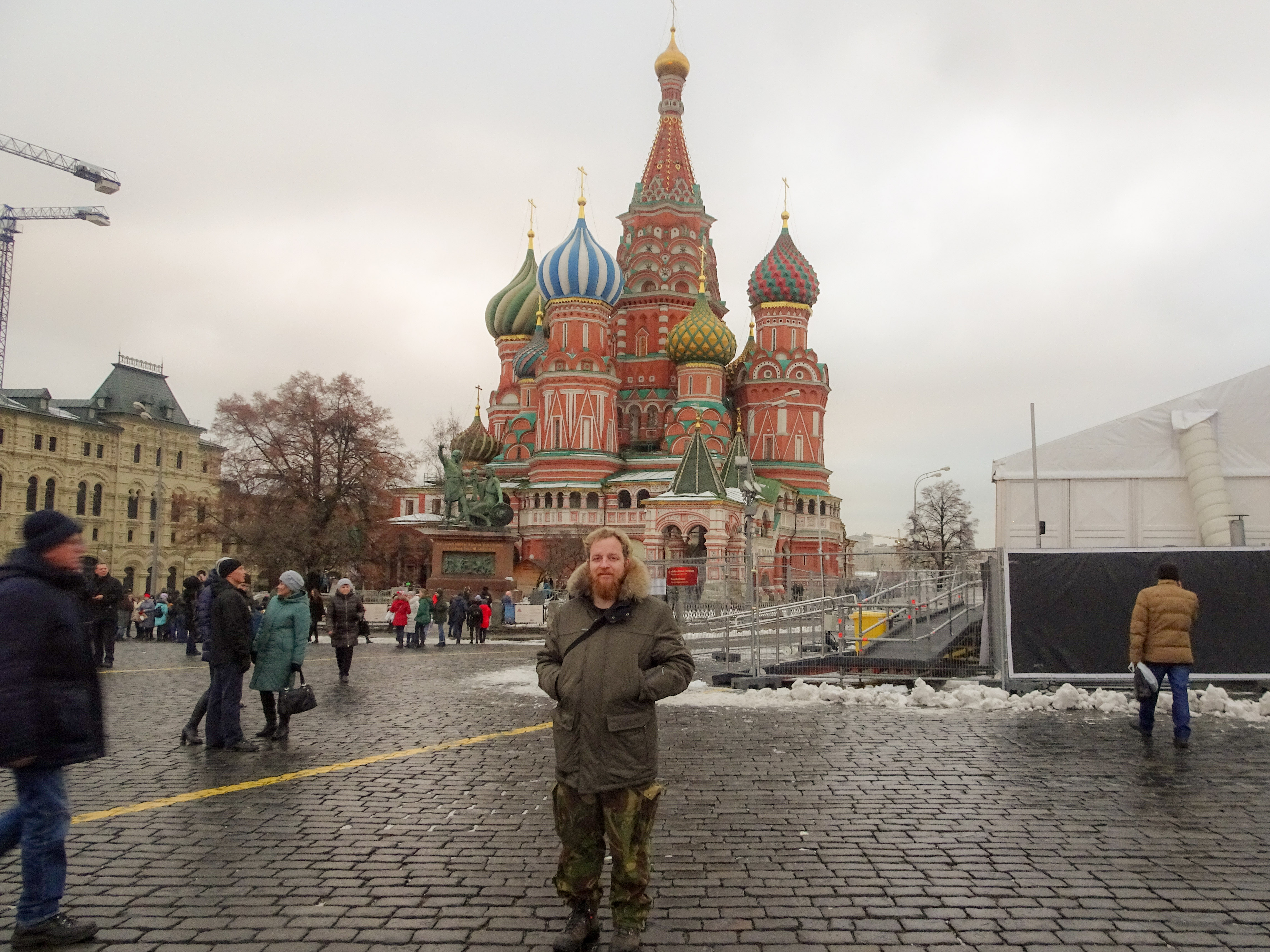 After some rest and social recharging in Barnaul it was time to hit the road again. I drove for 3 days. Driving – sleeping – driving – sleeping – driving and sleeping. Since I’m writing this a few months after the trip, I’m not sure about some details anymore. Pictures tell me I was in Omsk for some minutes to restock on food and take some pictures. I slept in the car close to the road a couple of times in a row. I remember that there wasn’t a lot to do, so a standard evening was parking the car, putting the isolation in the windows, preparing a simple dinner, watch a movie and some episodes, having a few brewskies, prepping the bed and doze off. Under -15 I would leave the engine on in the night. Above that temperature it was ok to sleep with my blanket and sleeping bag combination.

Once I entered a little town and found a cool statue of Yuri Gagarin. In another small town, close to Yekatarinenburg I found a place called dinosaurland. Epic fun on my own for a few rubles! Damn, I was lonely 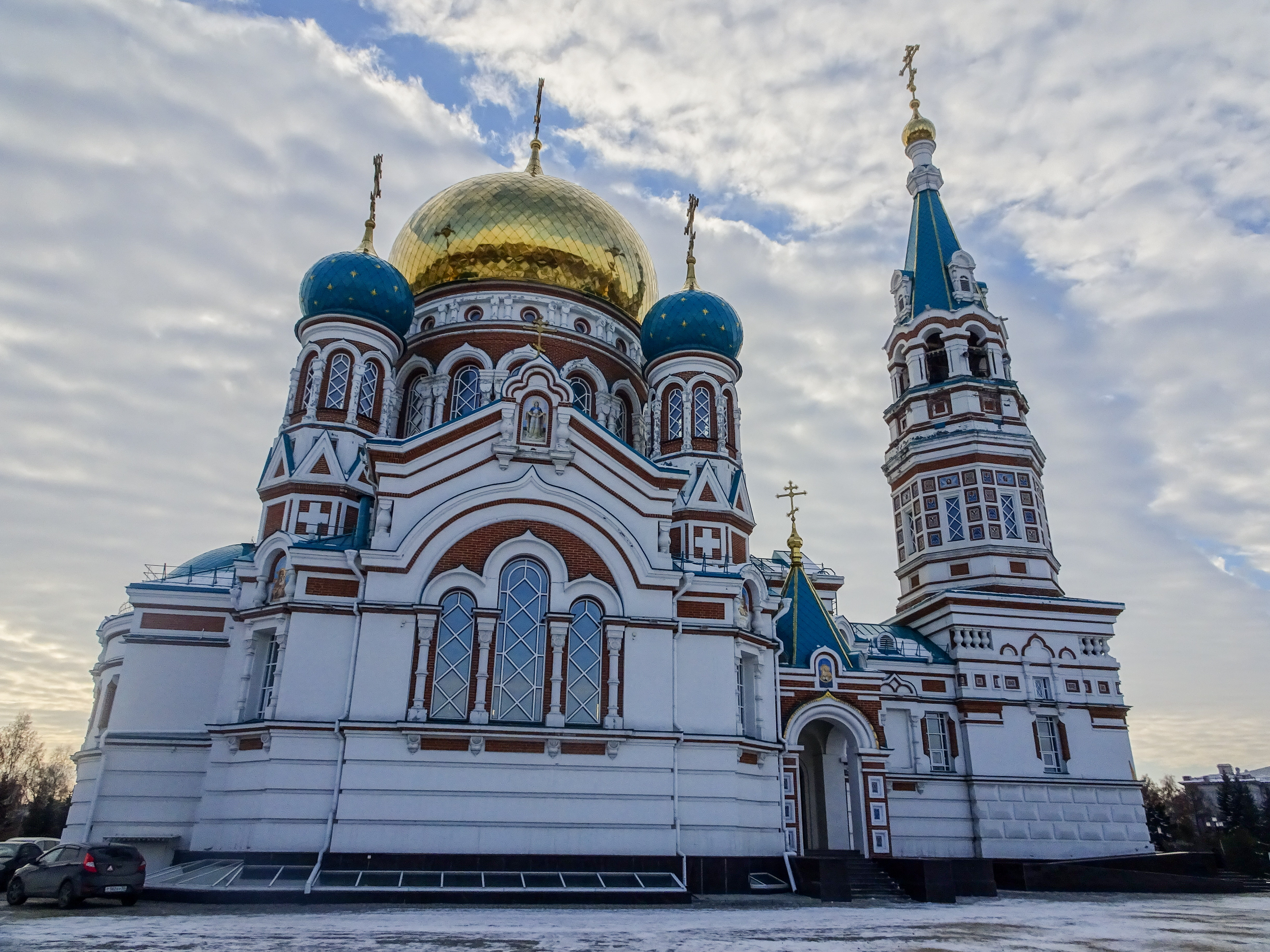 A snapshot in Omsk 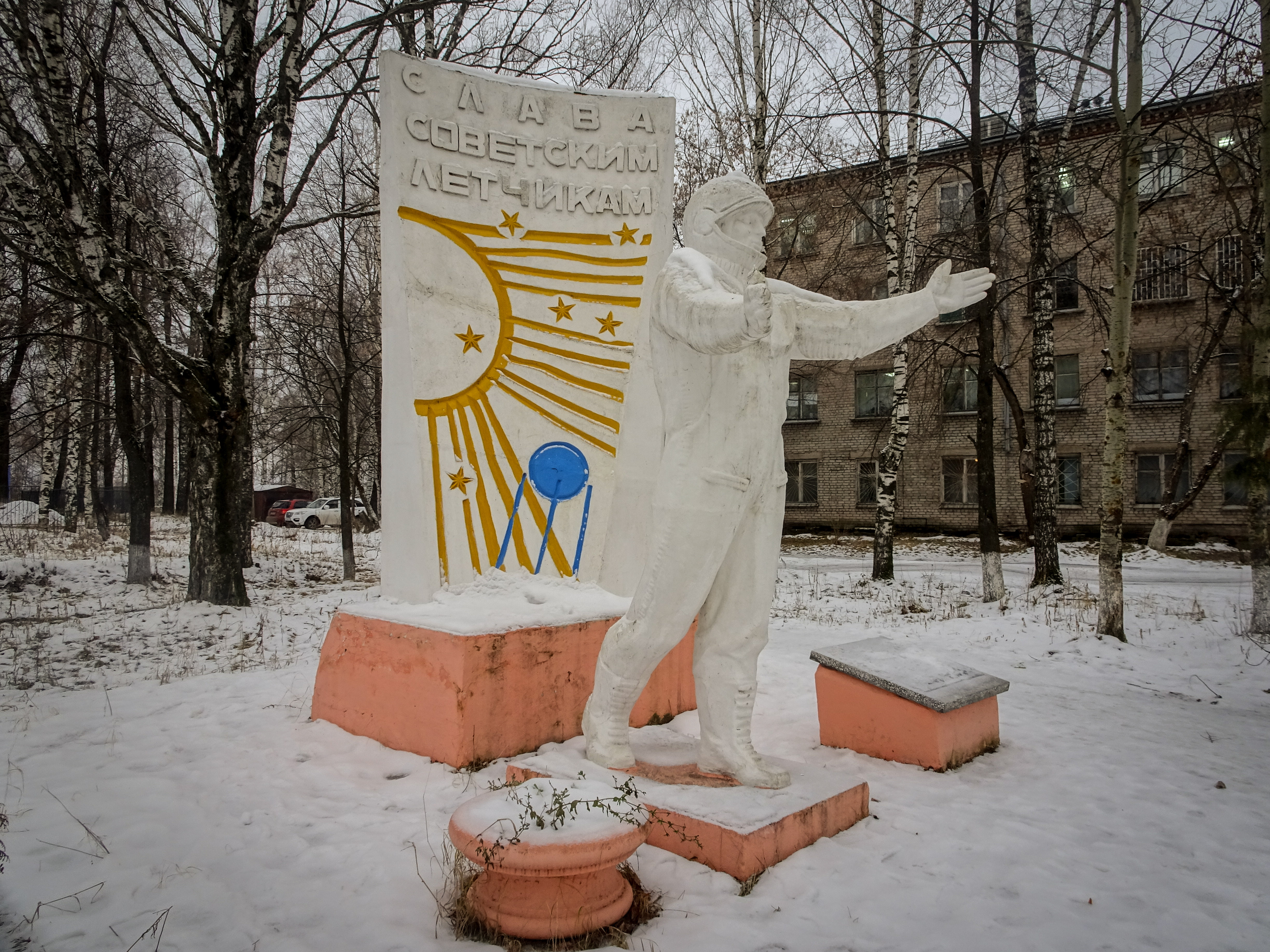 Statue of Yuri Gagarin in a village 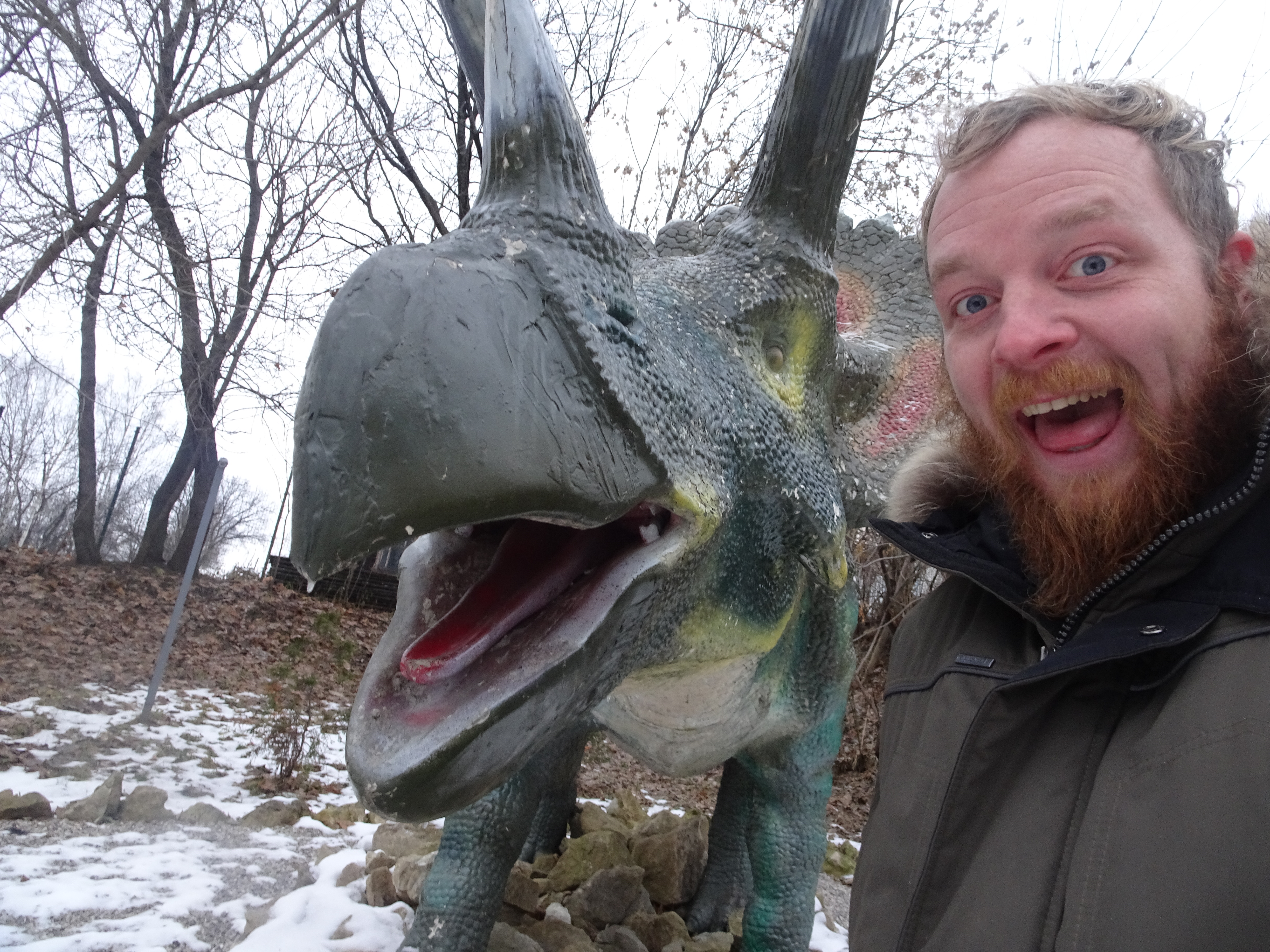 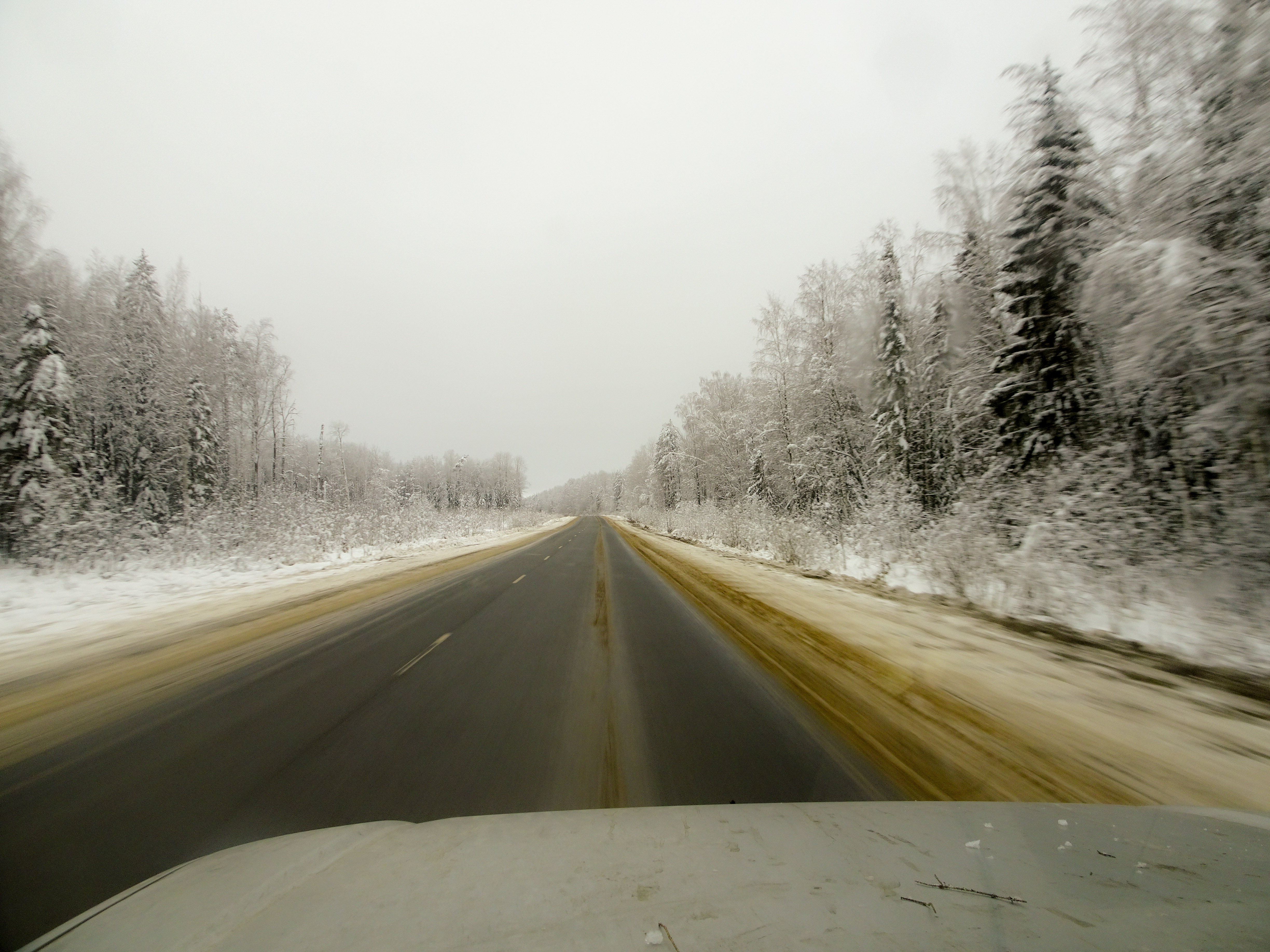 I left a bunch of bit cities where they were without going in. But after 5 days of straight driving and sleeping in the car I had slowly become a bit tired of it all. So I stopped in a small city called Kostroma. I parked the car and just walked to the center, where, by chance, there was a cultural festival going on! The central square was filled with people doing traditional dances in traditional clothes and selling stuff in their little market stands. There were mascottes, guys on stilts and people taking selfies with traditional dolls. A welcome diversion from the days of driving and being alone. 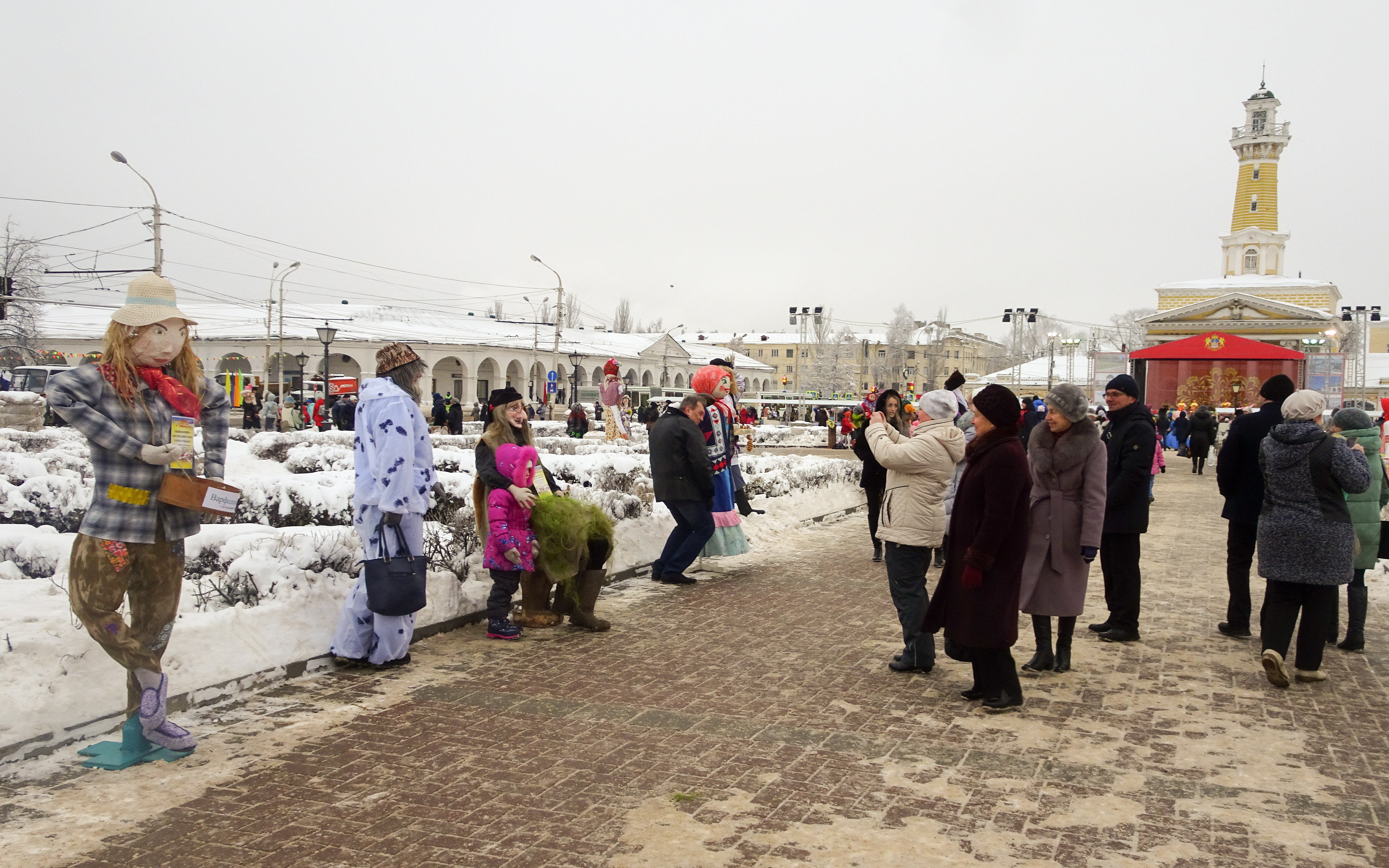 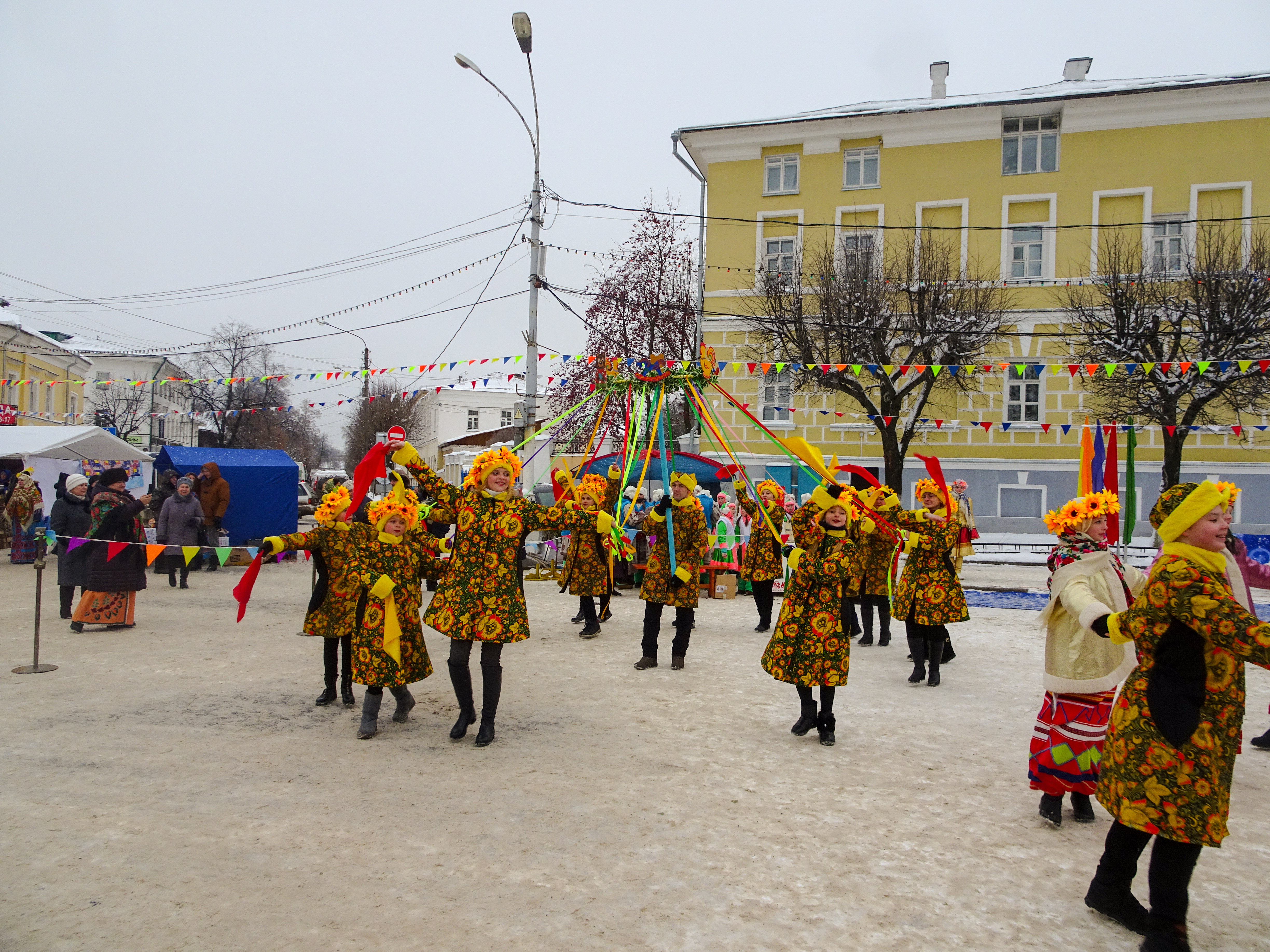 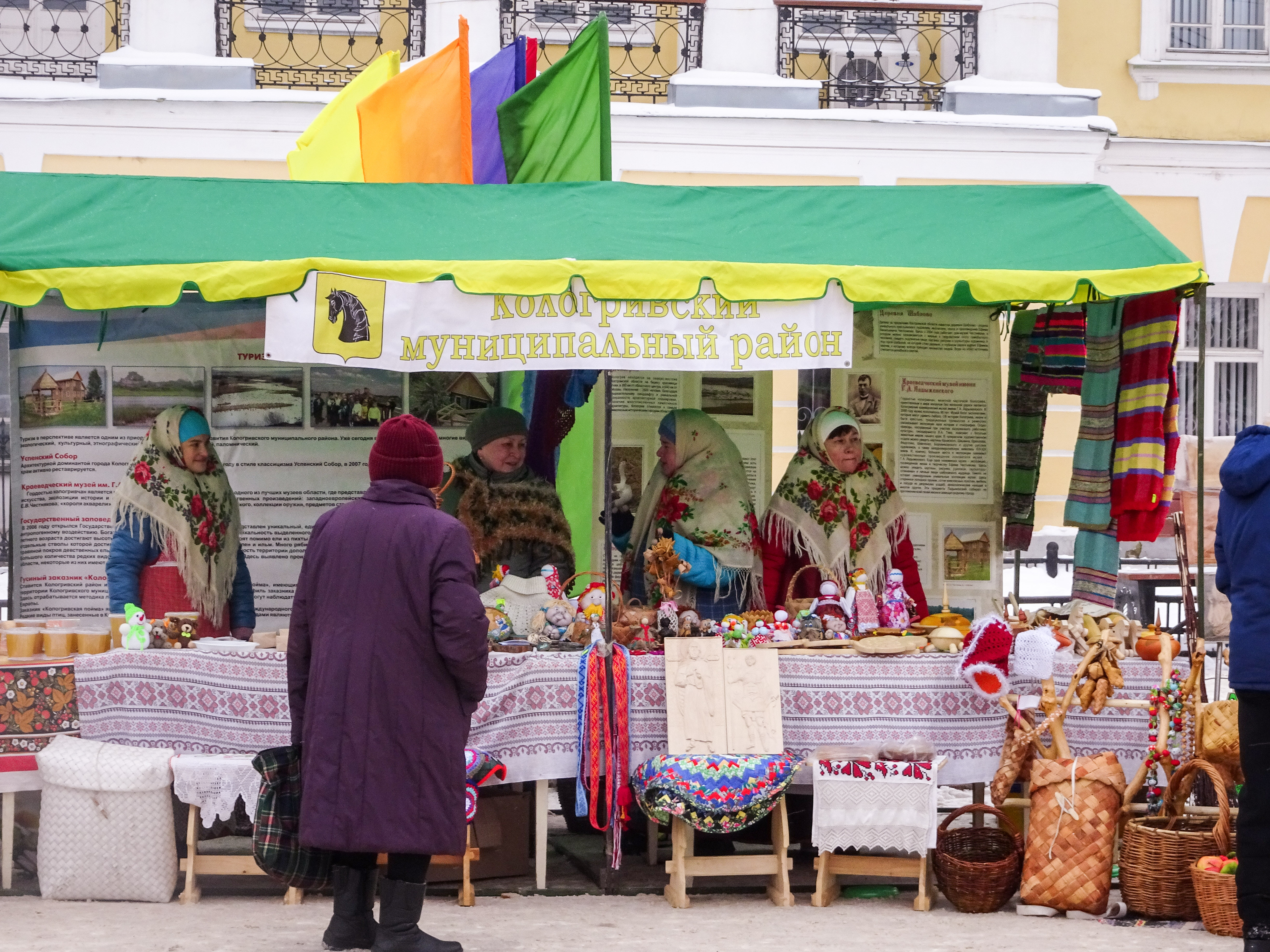 In Yaroslavl I found a quiet hostel near the center with free parking. I stayed 3 nights. The first day I walked through town for a few hours. There is a river flowing through town with fishermen trying to catch fish through their drilled holes in the ice. The center is sort of European looking. On Couchsurfing hangouts I found one person (Olga) willing to meet for a beer. We met in the center and had a nice evening talking. The next day I took a more cultural walk through town. I visited some churches and checked out another part of the river. The day after this, Olga and I went snowboarding near town. It was basically a small hill with 2 pistes and a drag lift but it was great to have the basic snowboarding feel again. After I brought Olga home, I went into town for some dinner and a beer. I found a great bar with very friendly barmen. Some free beers and an excellent burger meal later I went home to rest a little before the drive to Moscow. 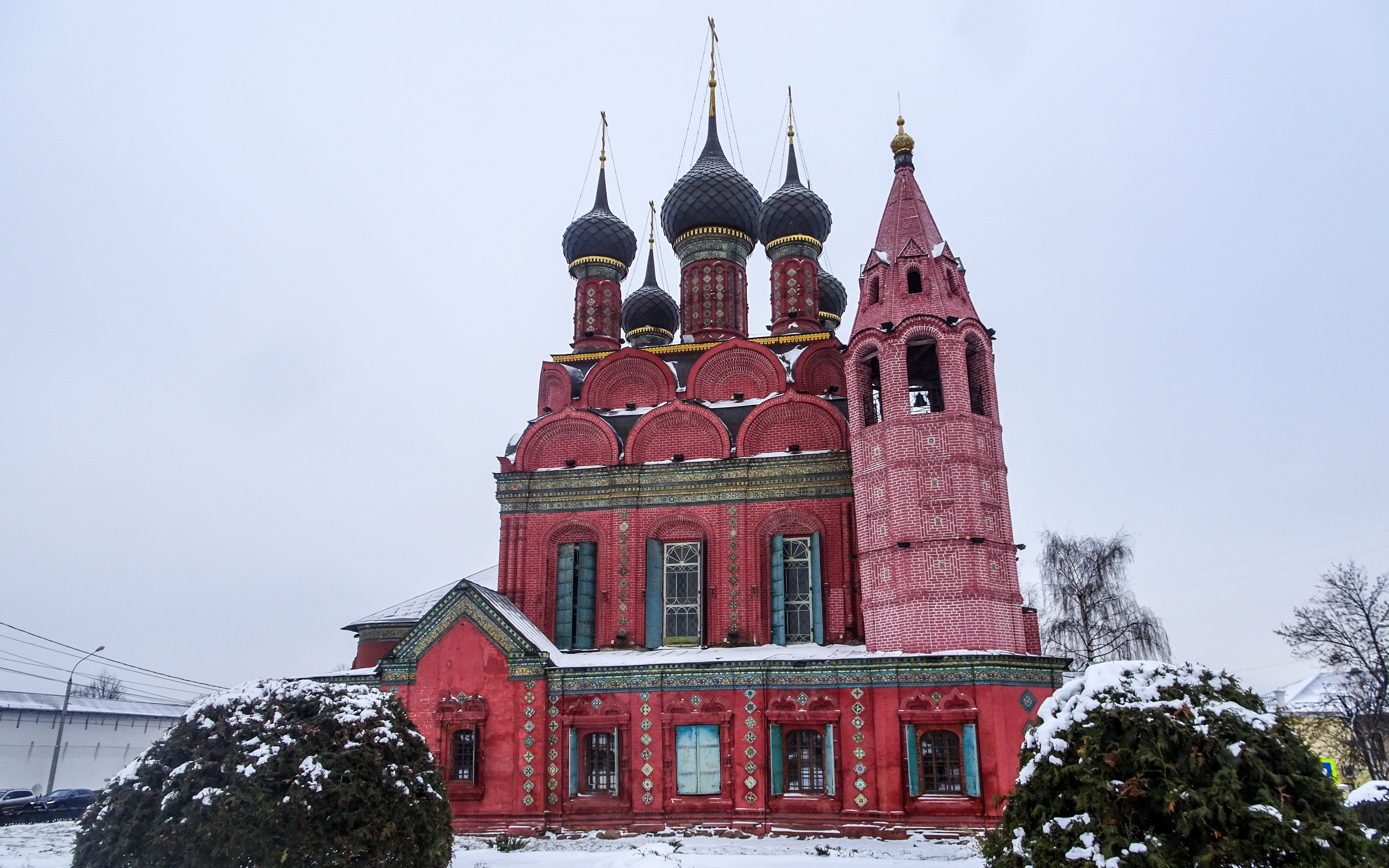 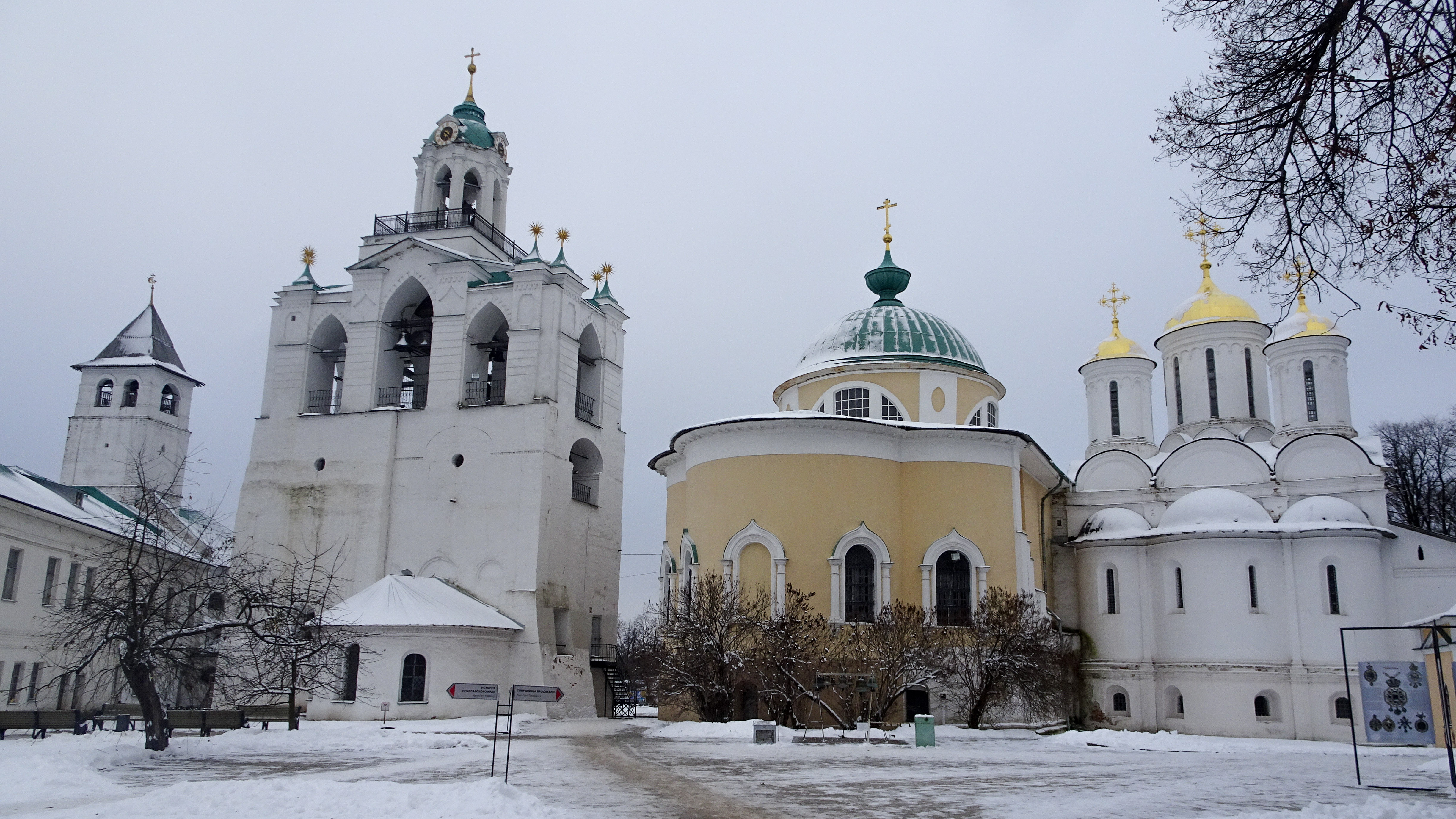 After a 3 night rest in Yaroslavl it was time to start driving again. Moscow wasn’t too far away and while driving I suddenly felt an urge to skip it. Another huge town, lots of humans, traffic, expensive, you name it. So I made a few stops to take pictures and did a little off road driving around Pereslavl until I found a quiet place in between the trees. After 30 minutes, a guard knocked on my window and asked me what I was doing there. I explained and it was ok for me to stay there, if I promised to leave the next morning (at least, that’s what my Russian language skills let me believe). So had my standard Russian travel evening (simple dinner, a few beers, a movie on the laptop on the steering wheel and a nap in the back of the car). After breakfast I decided that skipping Moscow would be silly. So I looked for a hostel online and headed there. On the way I visited an old monastery. I needed a ticket at the entrance, but when I wanted to walk into a small building in the back, the woman told me that I needed another ticket for that, but she didn’t sell them. They were sold at the entrance, not at the main ticket house, but right next to it, from a hidden window. Too much trouble for me that day so I skipped it. 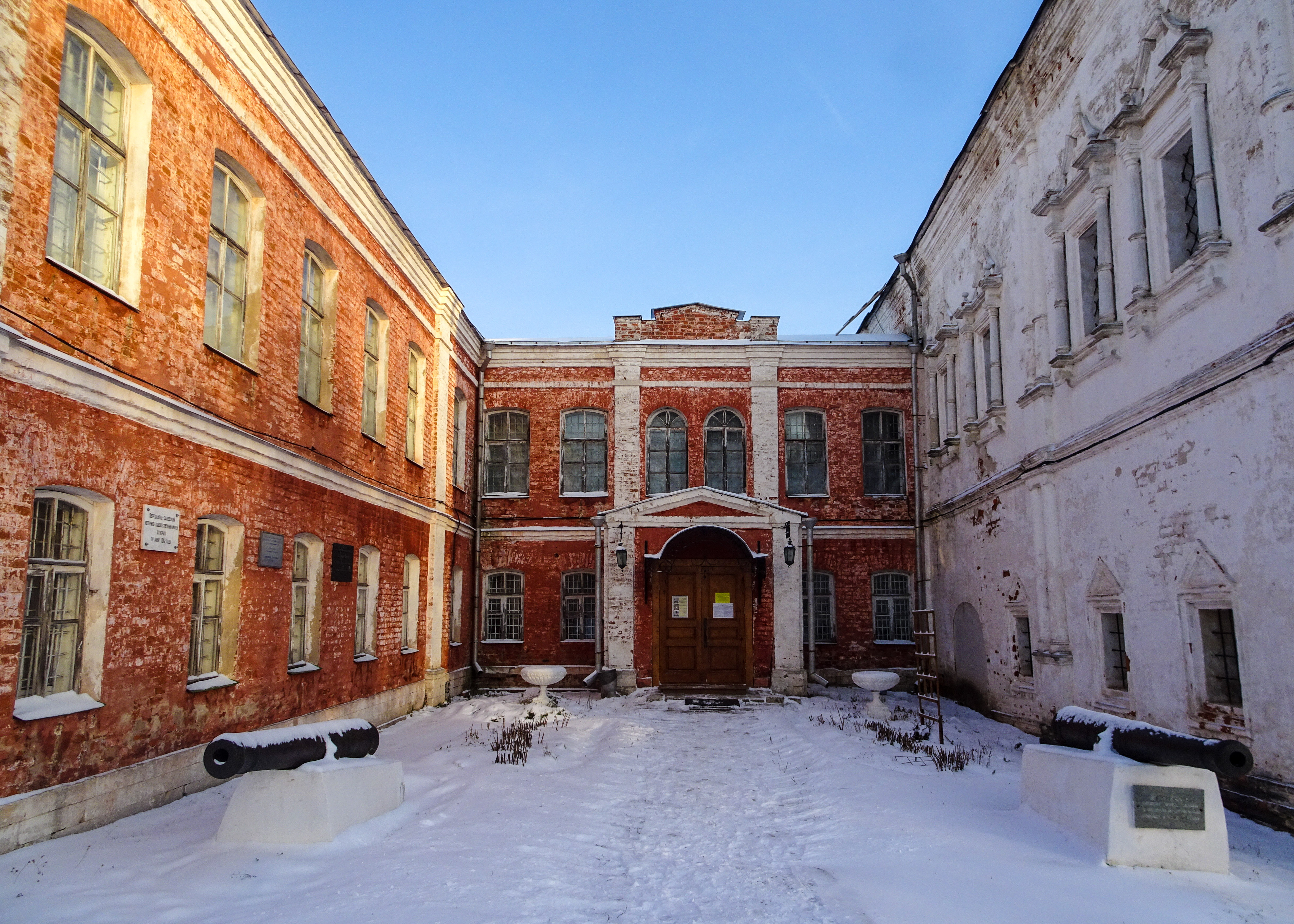 Just a nice pic I shot on the way

Once in Moscow, I found a reasonably priced one (hostel Ideal) near the center and parked the car right next to it. Red Square was only 10 minutes walking away so I decided on a little walking trip that late afternoon. Everything in the center was lit up and everything felt rather Christmassy, even though I later heard that Russian Christmas is in January. 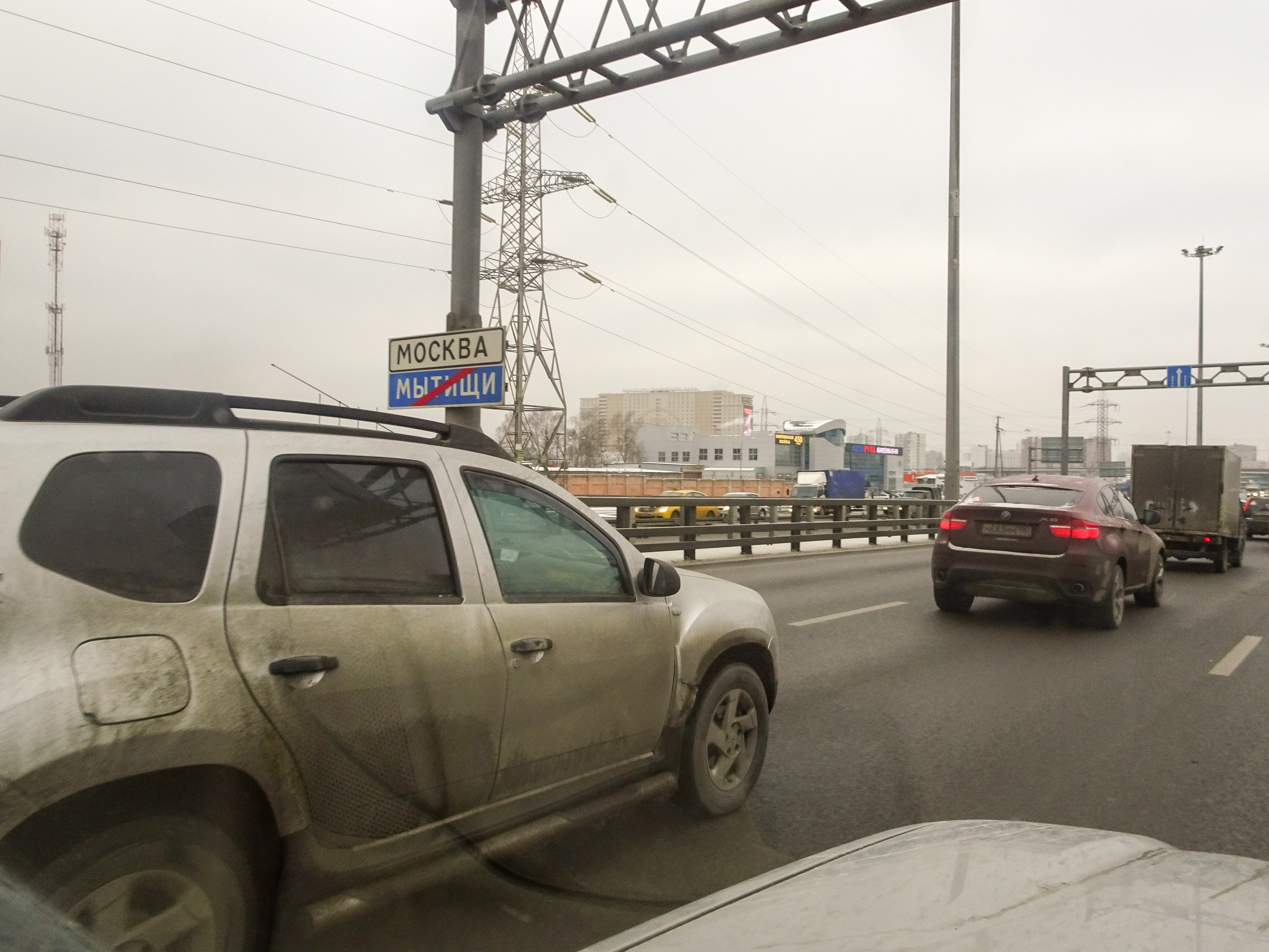 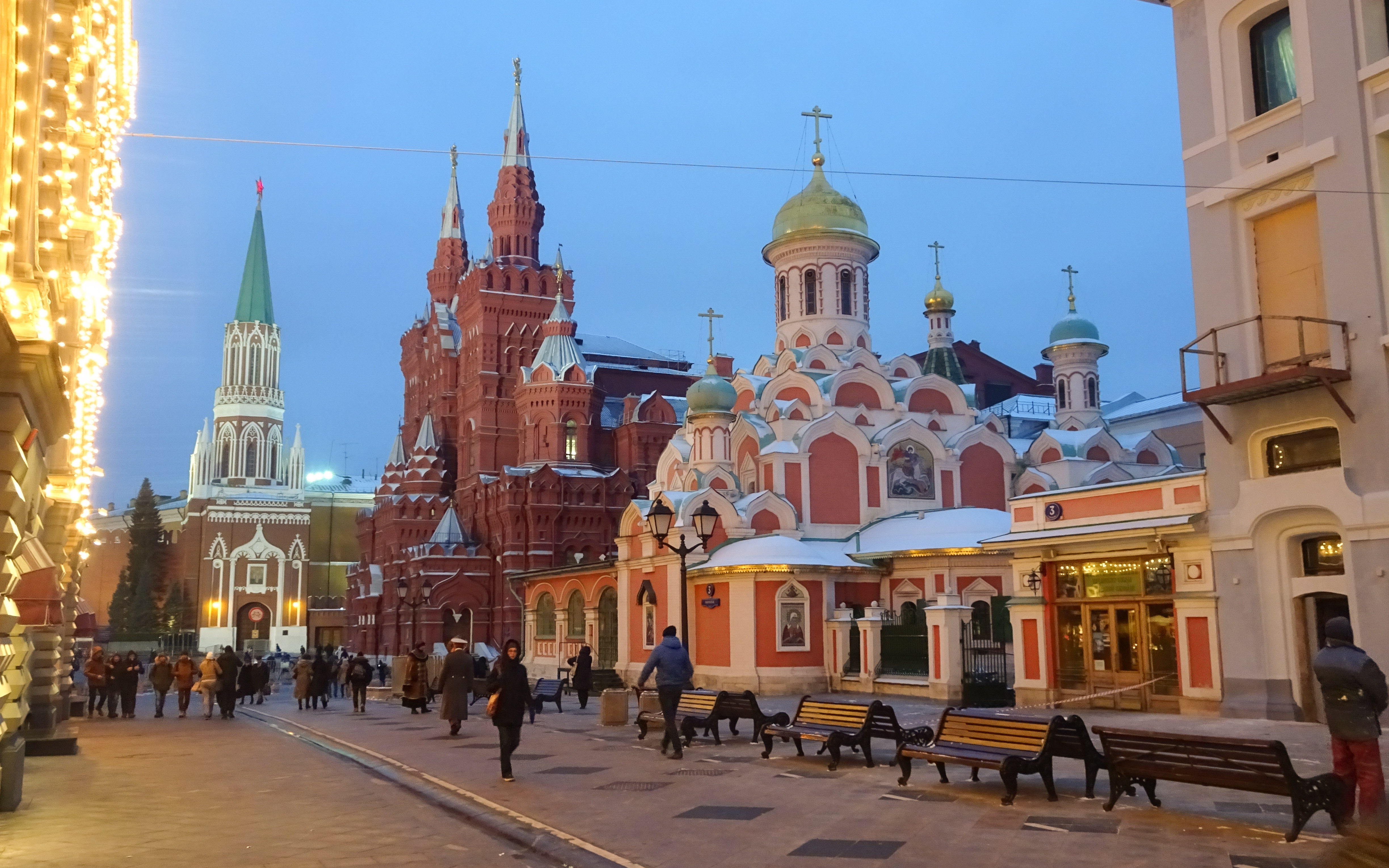 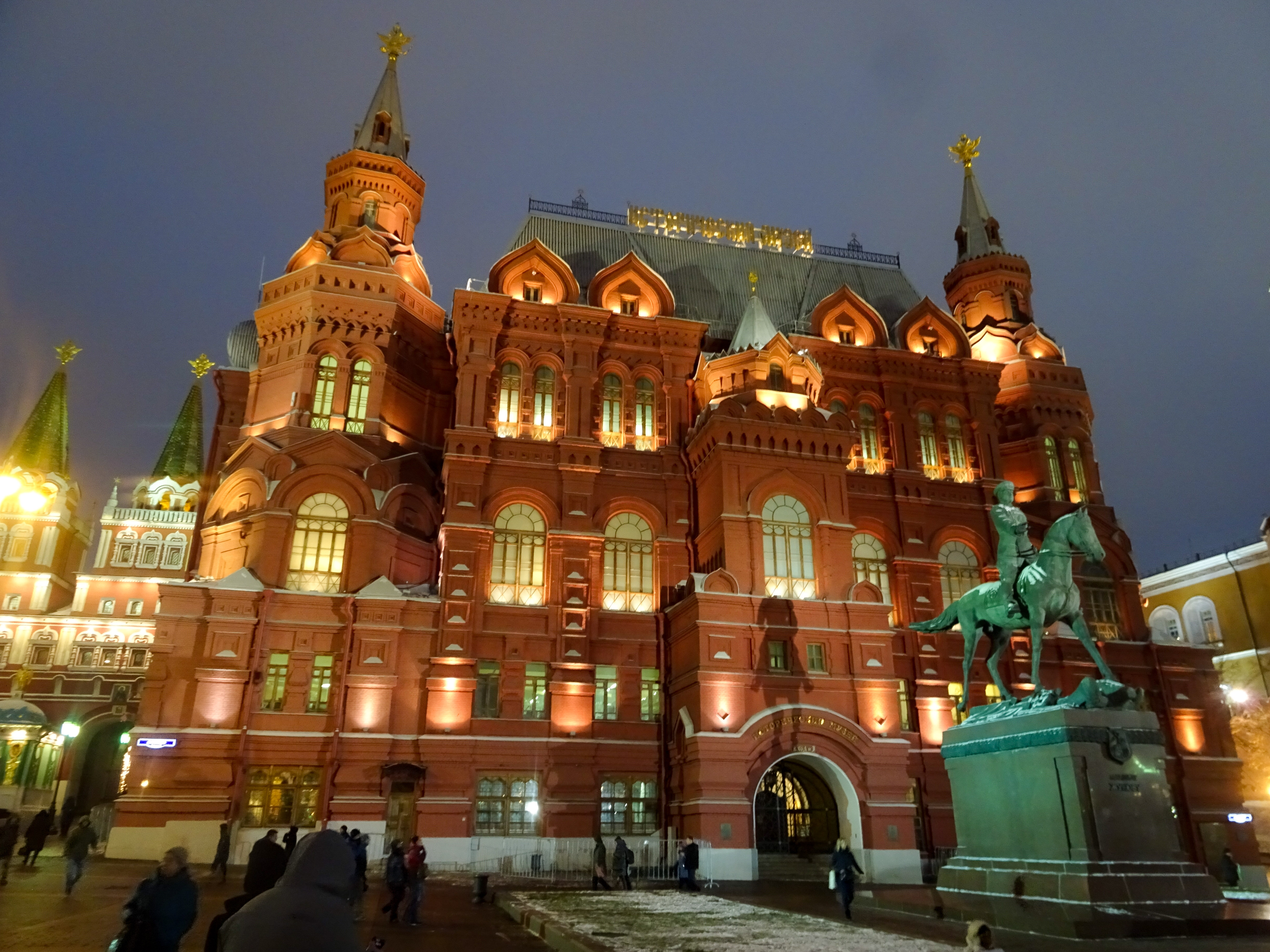 That evening I decided to get some dinner and a beer in the London sportsbar next to the hostel. Via Couchsurfing hangouts I met a dude who was planning to go to a Russian Banya and drink vodka. That sounded like an excellent idea to me so I ran to the banya he was planning to go and met Mitch from Australia there. We went in and had some vodka shots in between sessions. In Russian Banya’s guys hit each other with birch branches. We decided not to do this. Also the branches are quite expensive. 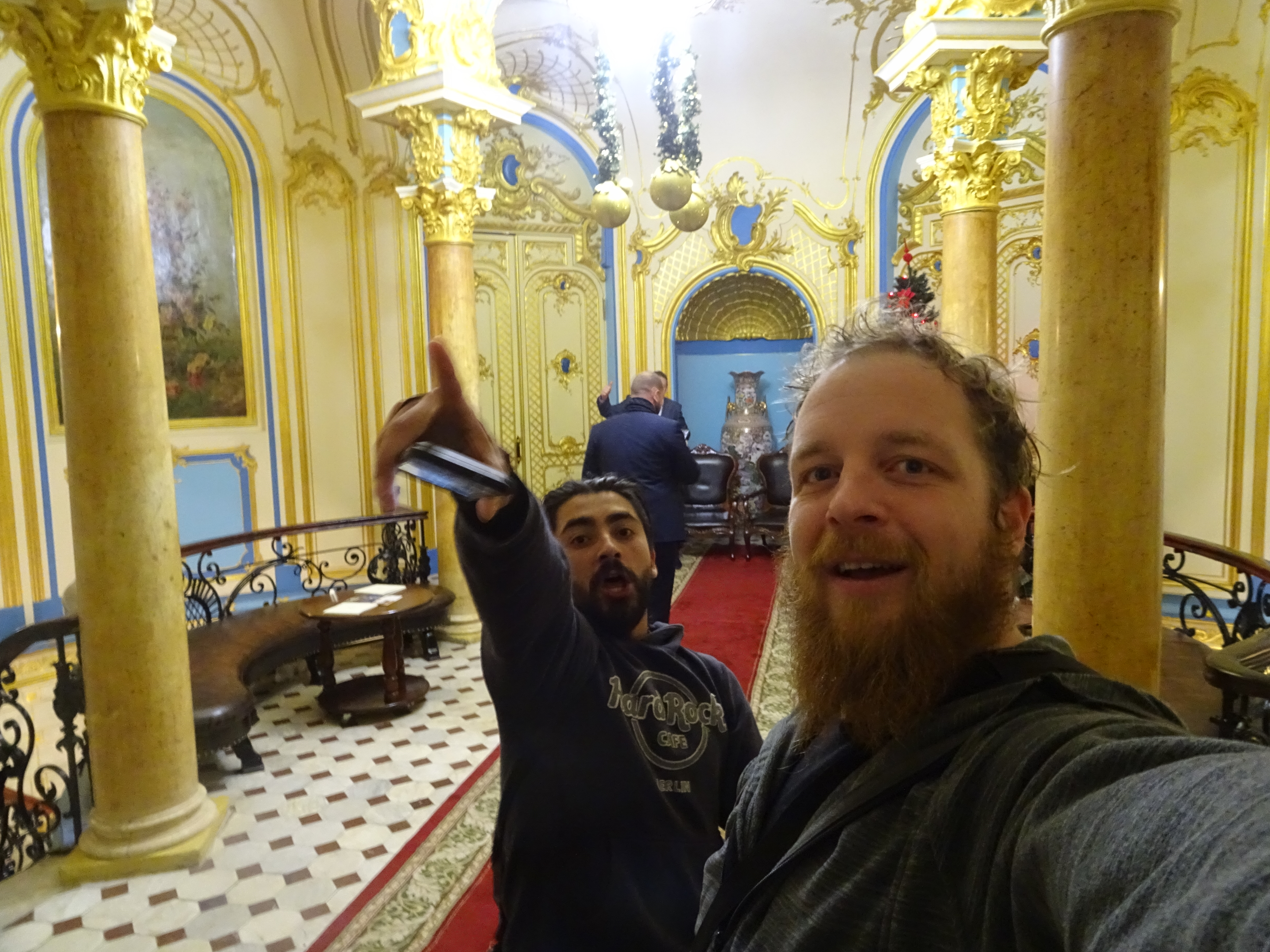 After that we decided to find a bar where another Couchsurfing guy joined us. Eventually we found some locals and had a great evening with them in a bar that they suggested we should go to. A brilliant random night!

I stayed in Moscow a few more days. There is a lot to do and see and there are many interesting people around to meet. One of those people was Sveta, who showed me around town for a bit. We walked through town and went to a bunch of sights, tourist traps, bars and restaurants. Its so much fun with locals! 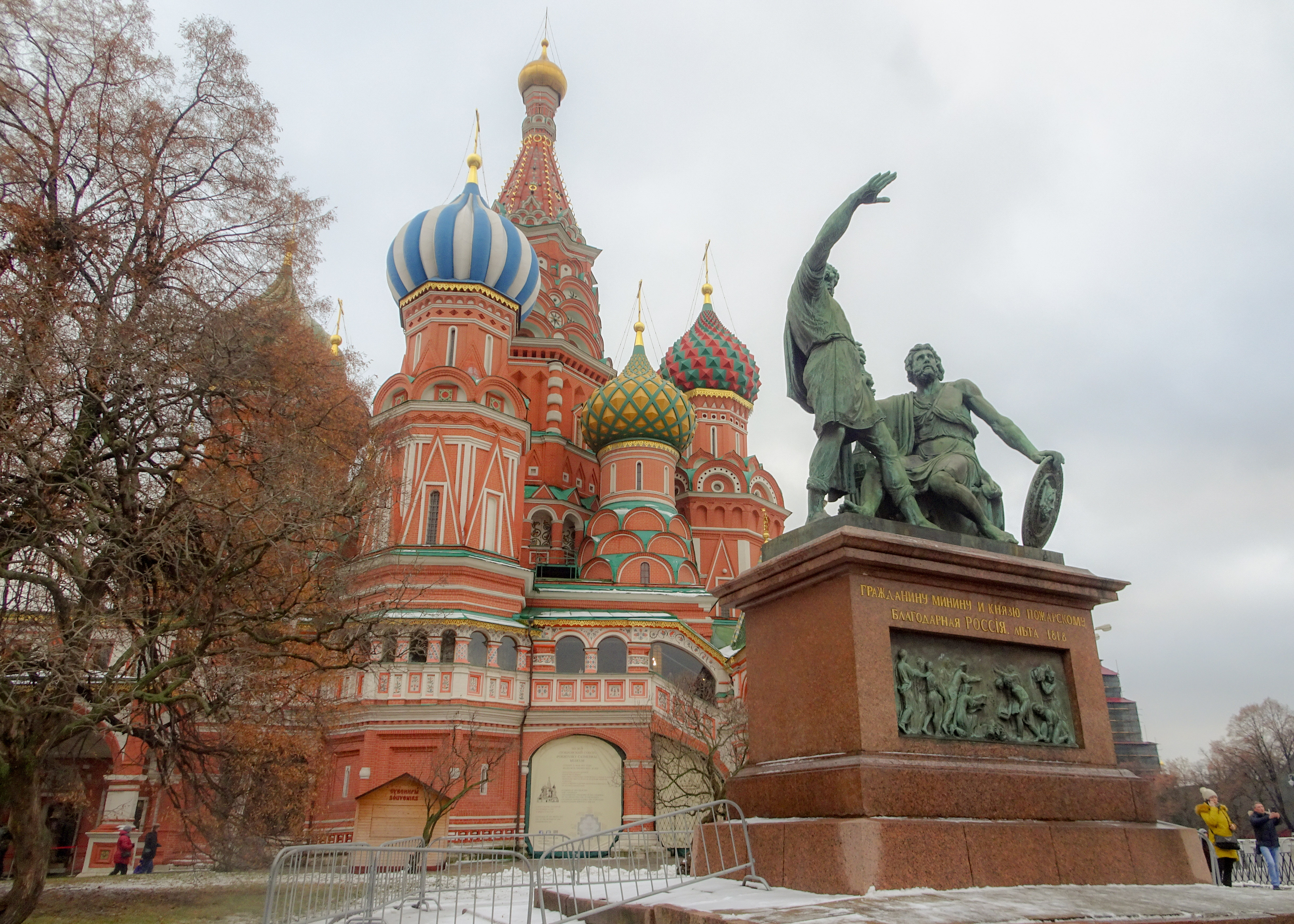 Everyone knows this candy building

Me on Red square 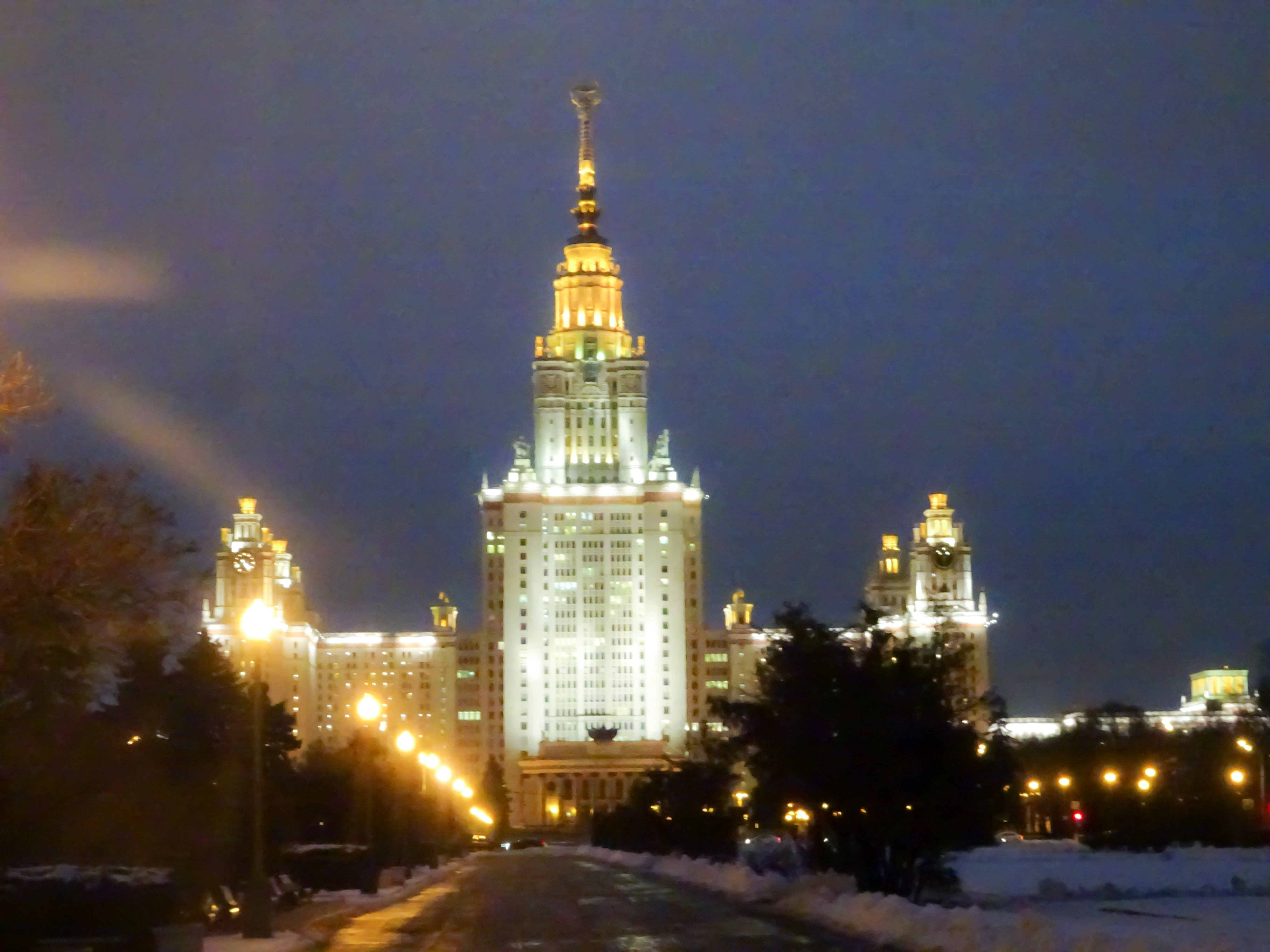 Time to leave once again. If I wanted to be home before Christmas I had to step on it. But there were still more things to see on the way back. I made a rough new planning for my way back. The new planning didn’t include Scandinavia anymore. I had enough of winter and extremely long days of driving. So I was off to St. Petersburg, the supposed most beautiful city of Russia.  But I didn’t make it in that day so I found another nice spot to park right in between Moscow and St. Petersburg. 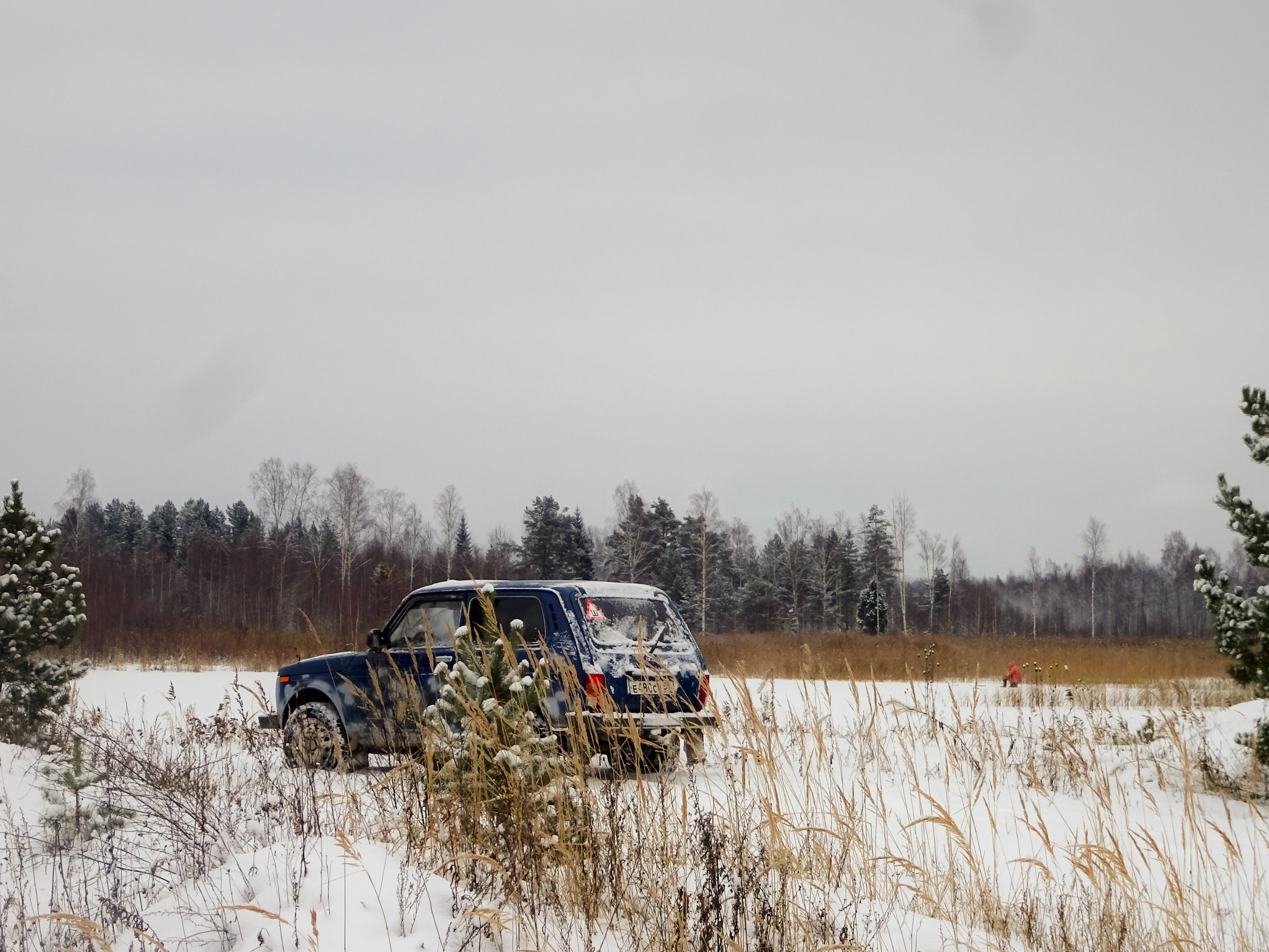 A very Russian picture. A guy fishing on the ice behind his Lada Niva, close to my camp spot.

Online, I found out about a hostel called Soul Kitchen. Everything worked out brilliantly. Parking was free and the hostel was absolutely fantastic. Also the beauty of St. Petersburg is mind blowing. Its filled to the brim with crazy churches, pretty buildings and amazing architecture. Again, I did a few days of city exploring. One of the other highlights was going to the vodka museum with some other travellers I met at the hostel. 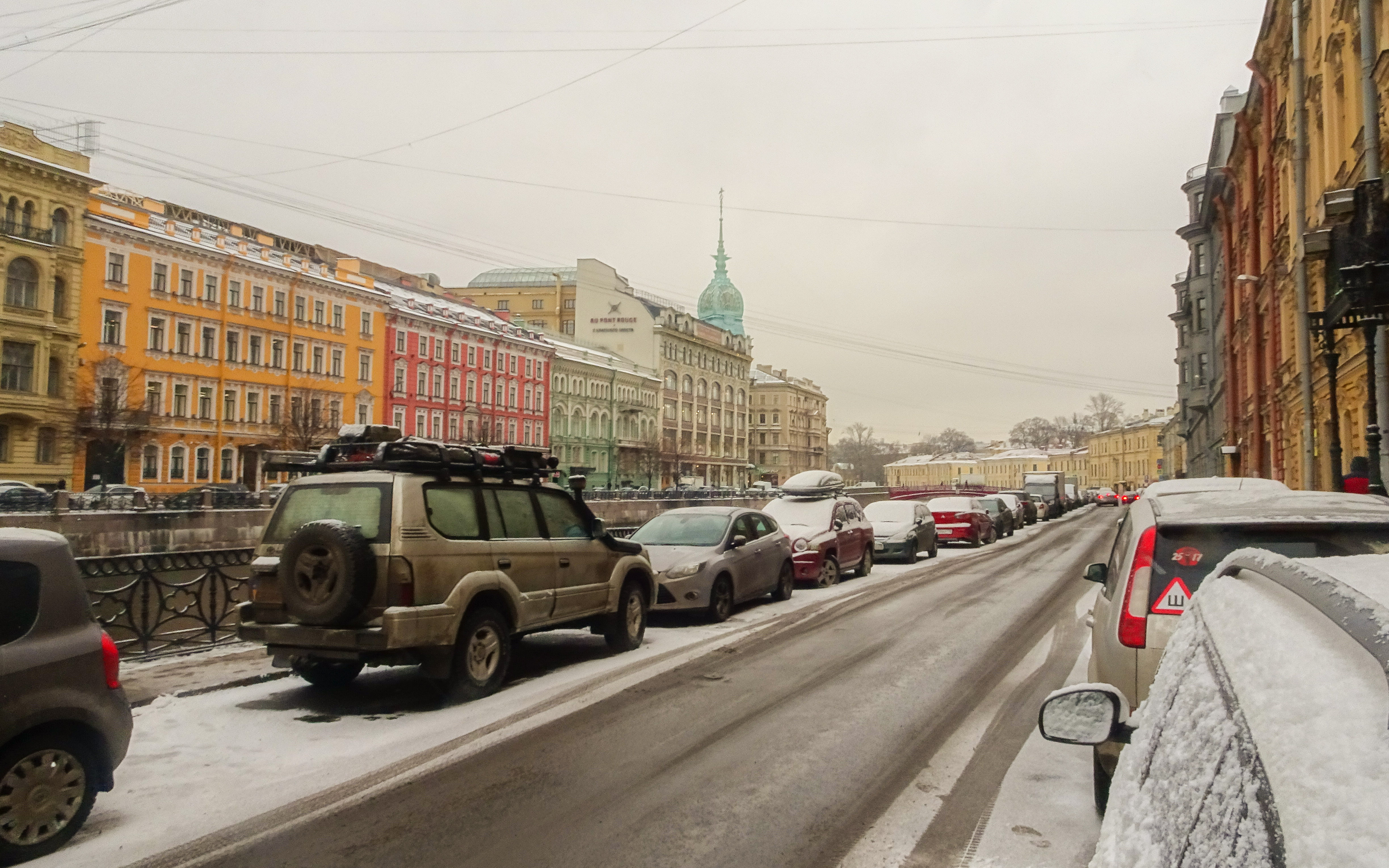 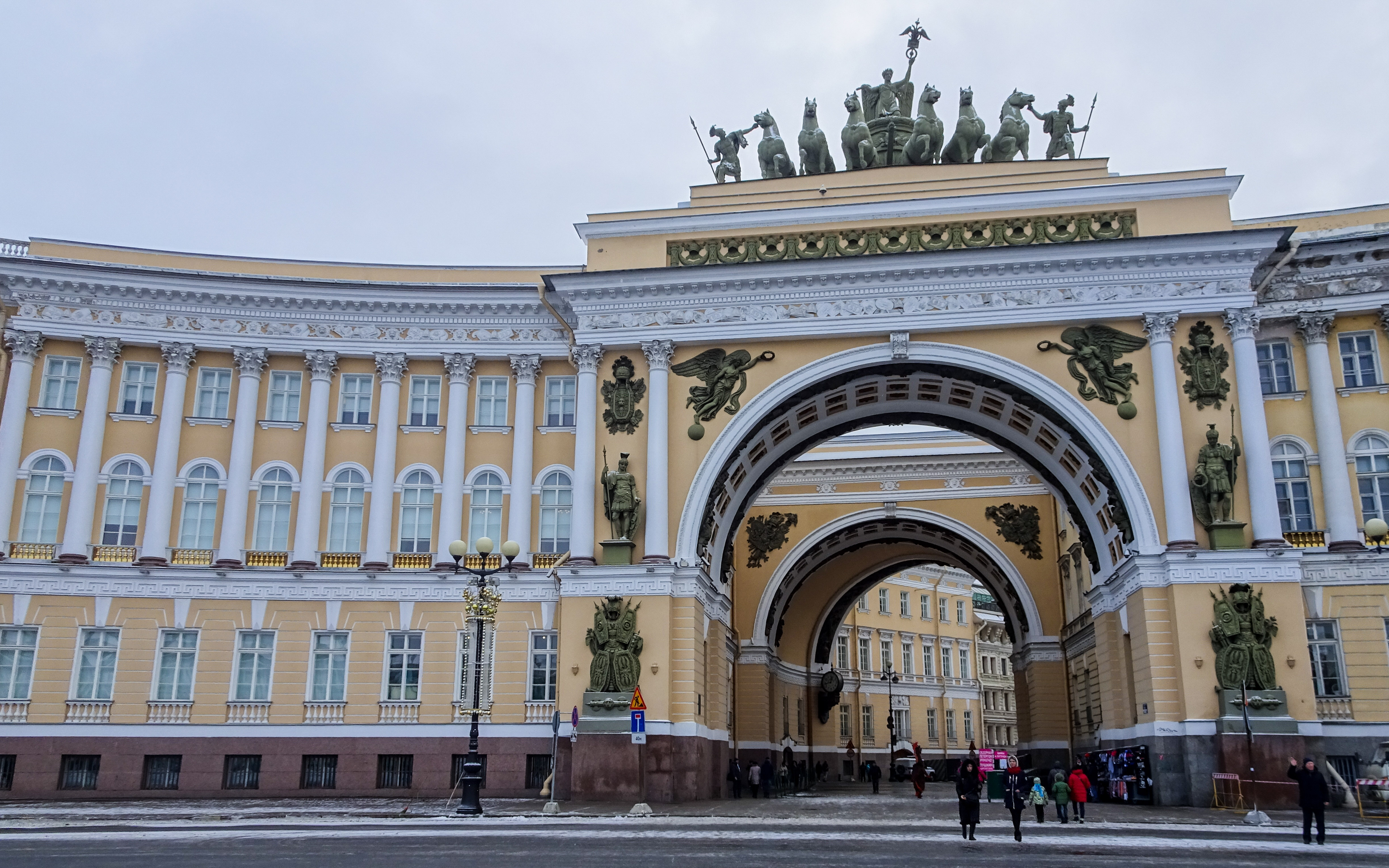 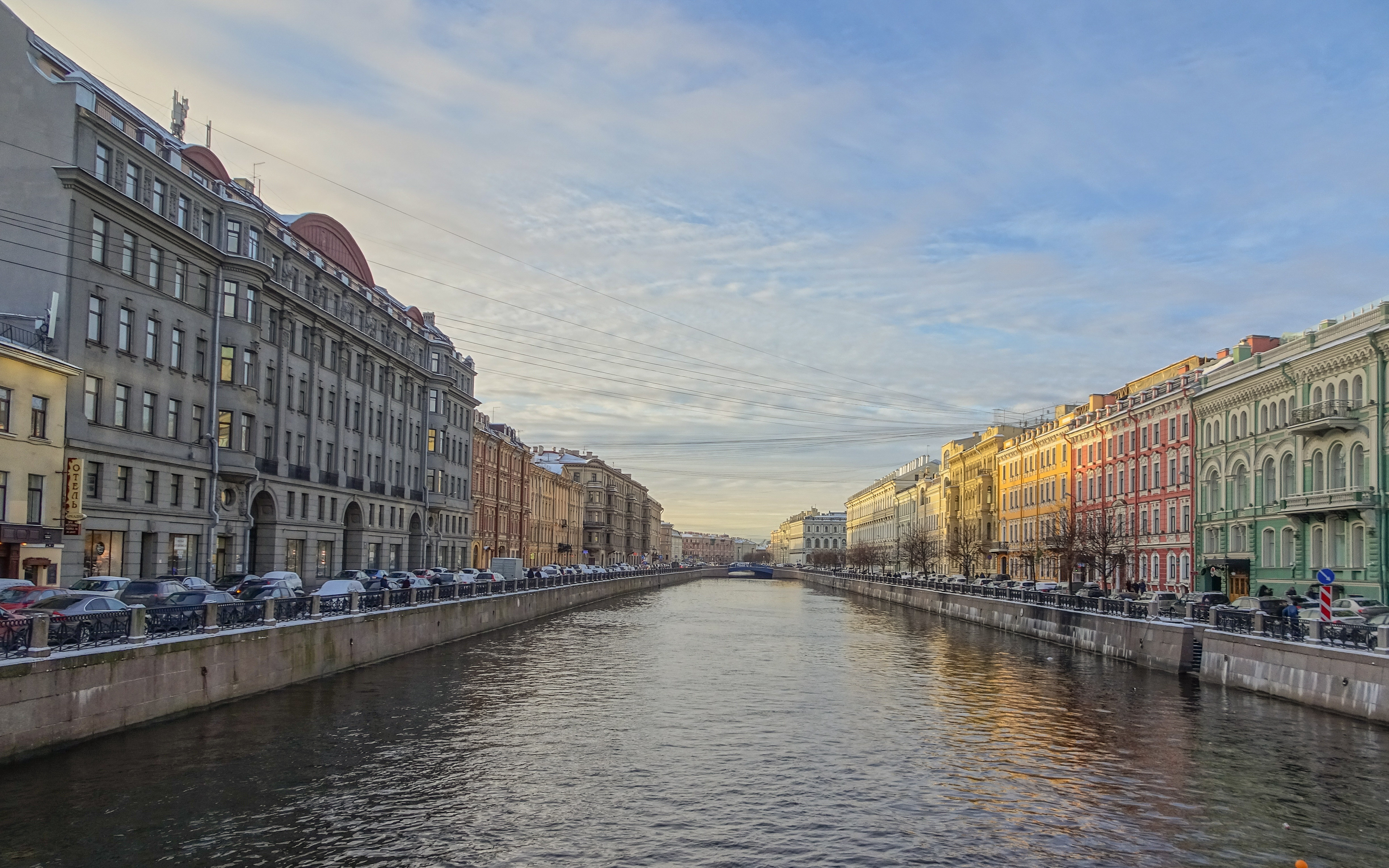 The weather at its very best

On the last day I went to the Hermitage. I made the mistake to go on the only day a month when entrance is free. That meant a queue of 2.5 hours. My advice is to go on a normal day and just pay for the ticket. It was still worth the wait thoughs. The Hermitage is a true wonder. I estimate are literally billions of € worth of national and international treasures in an unimaginably huge and amazing building. In 2.5 hours I didn’t even come close to seeing a quarter of the whole place. 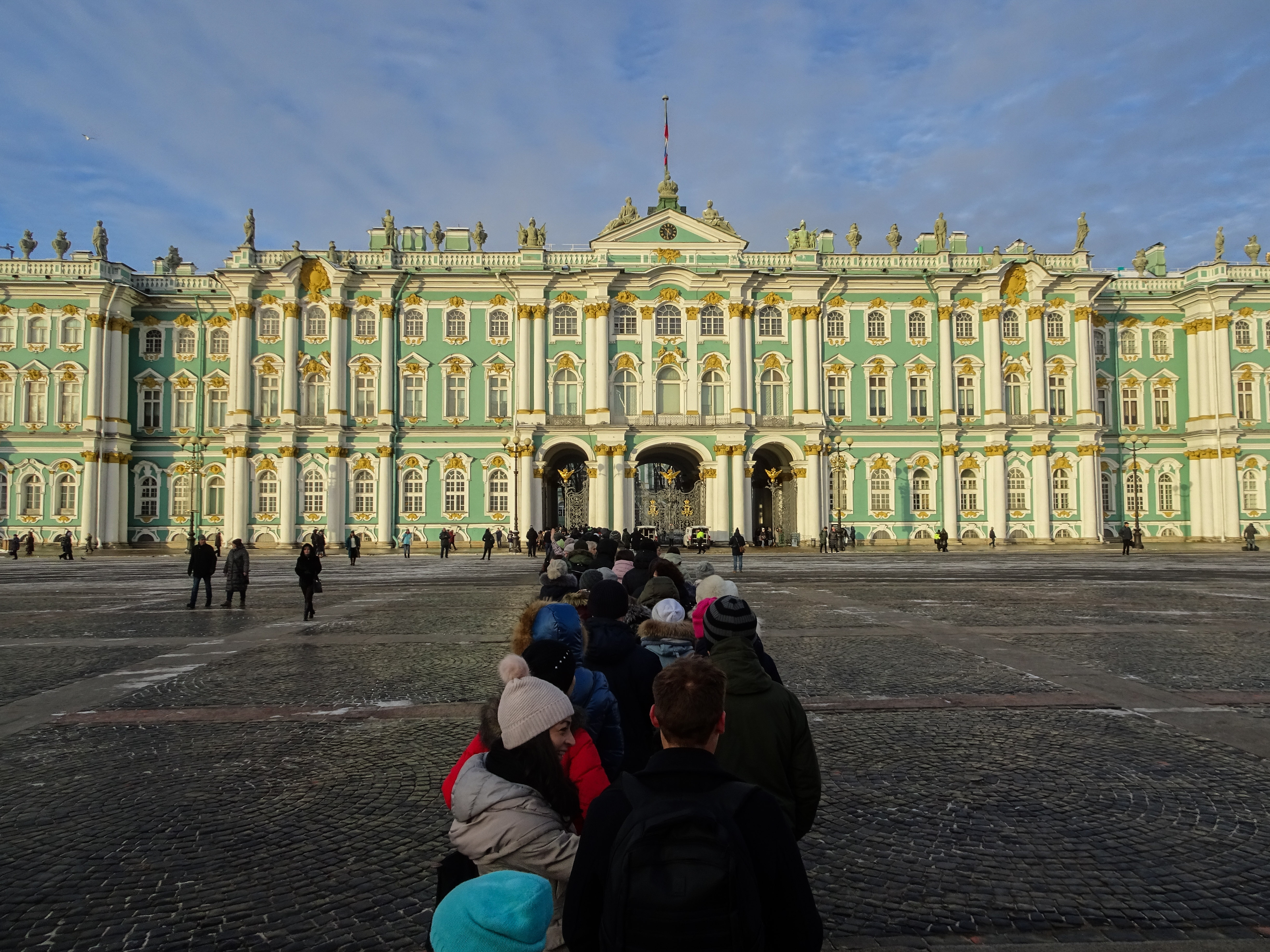 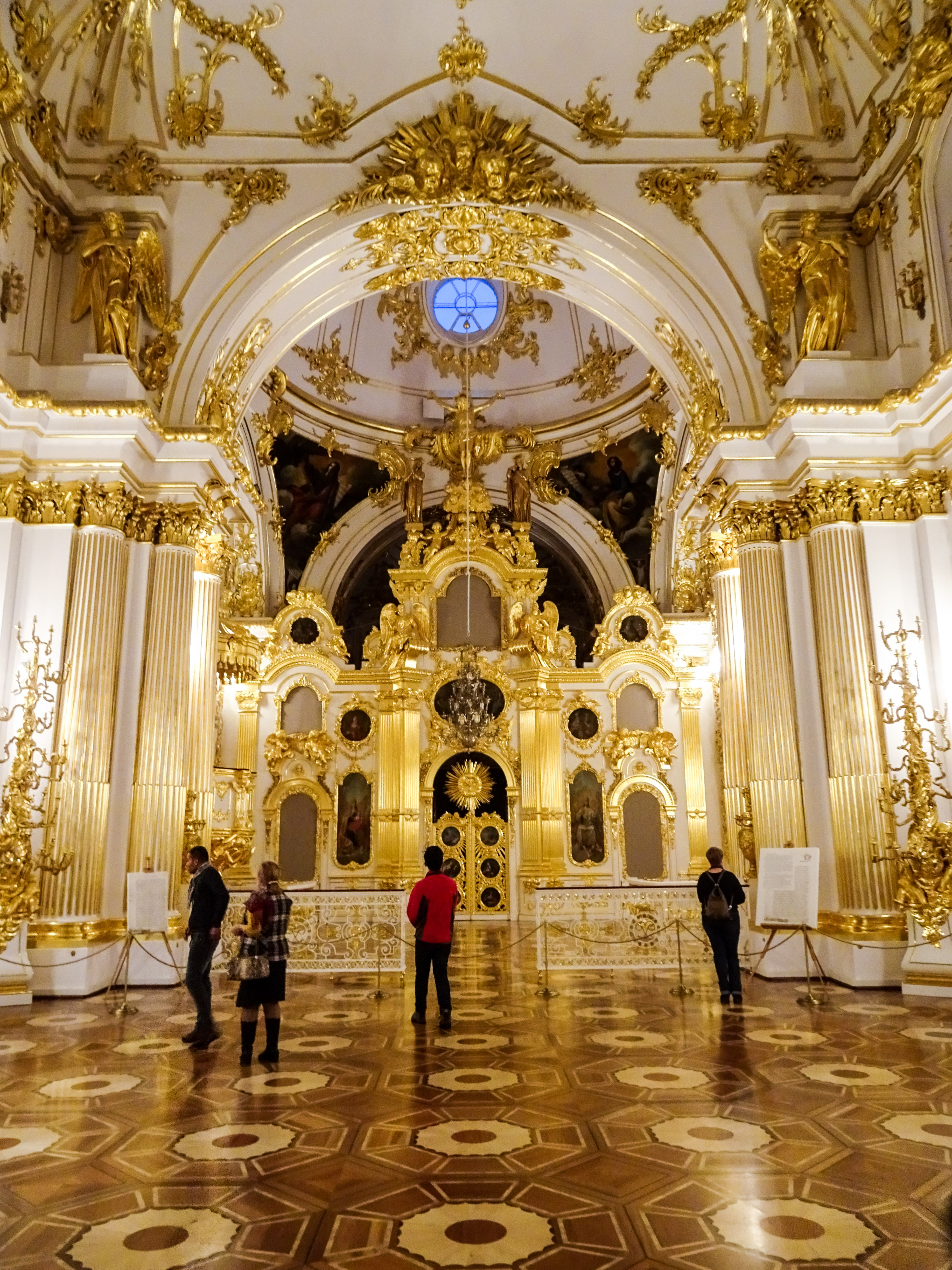 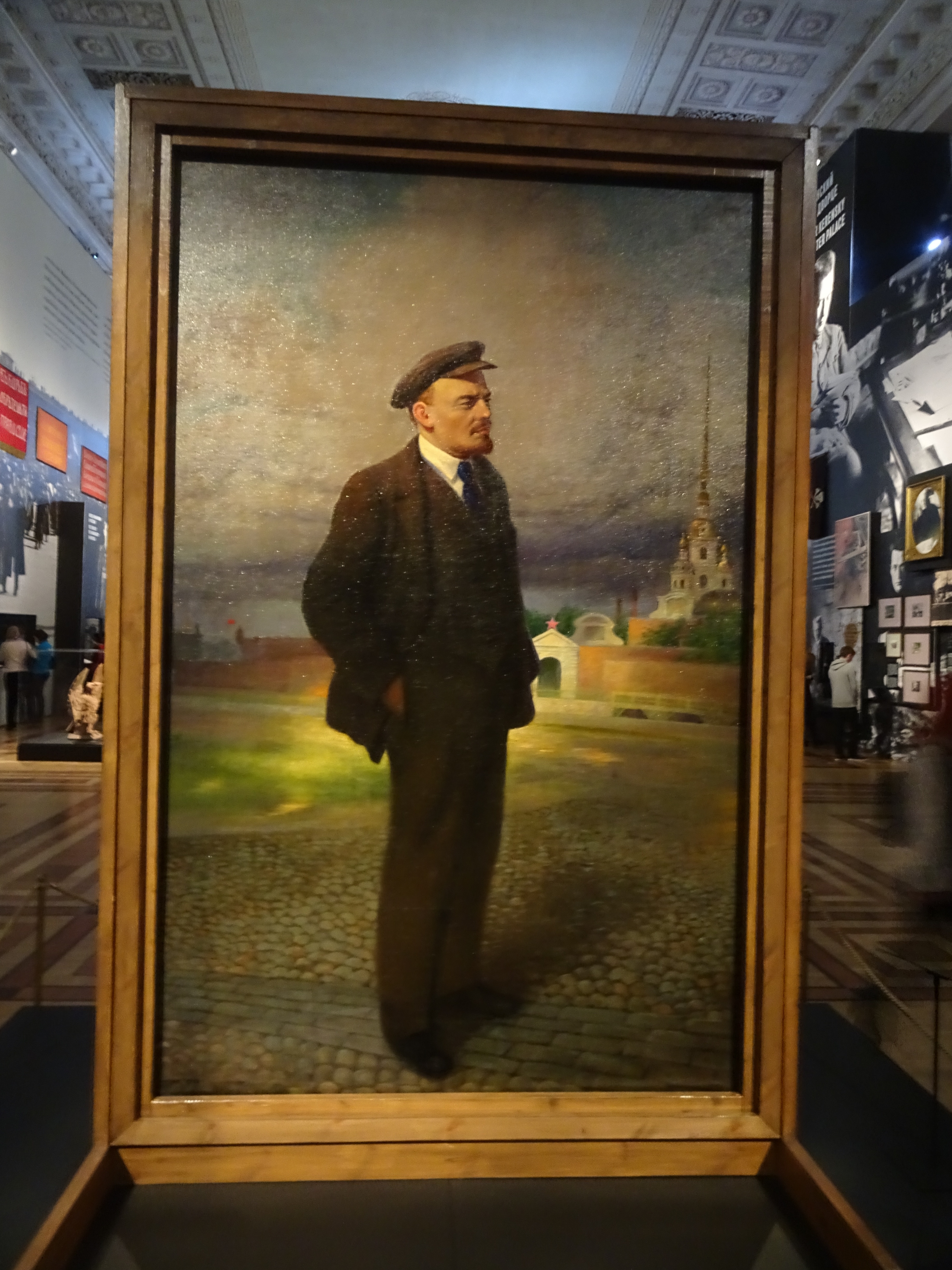 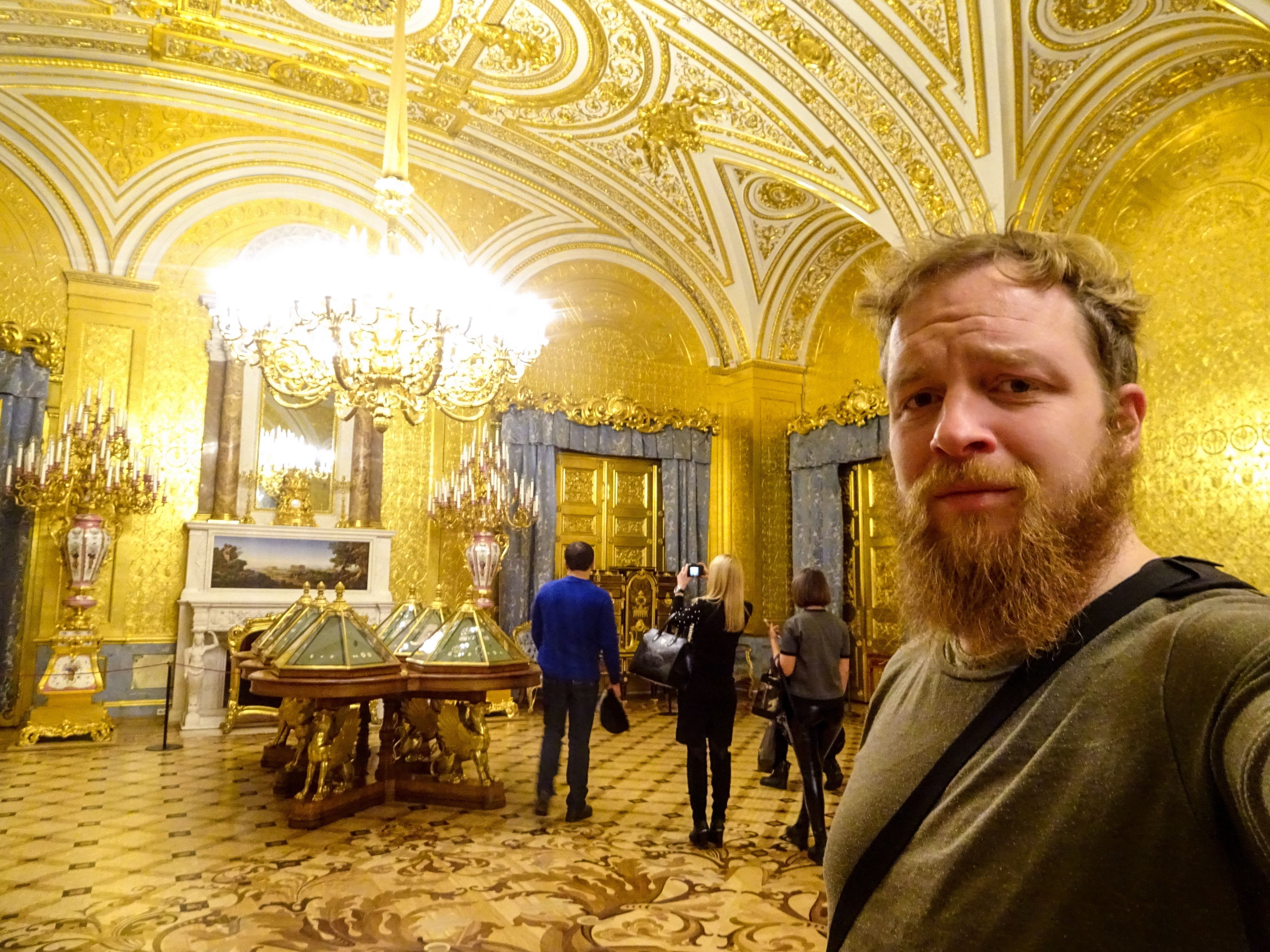 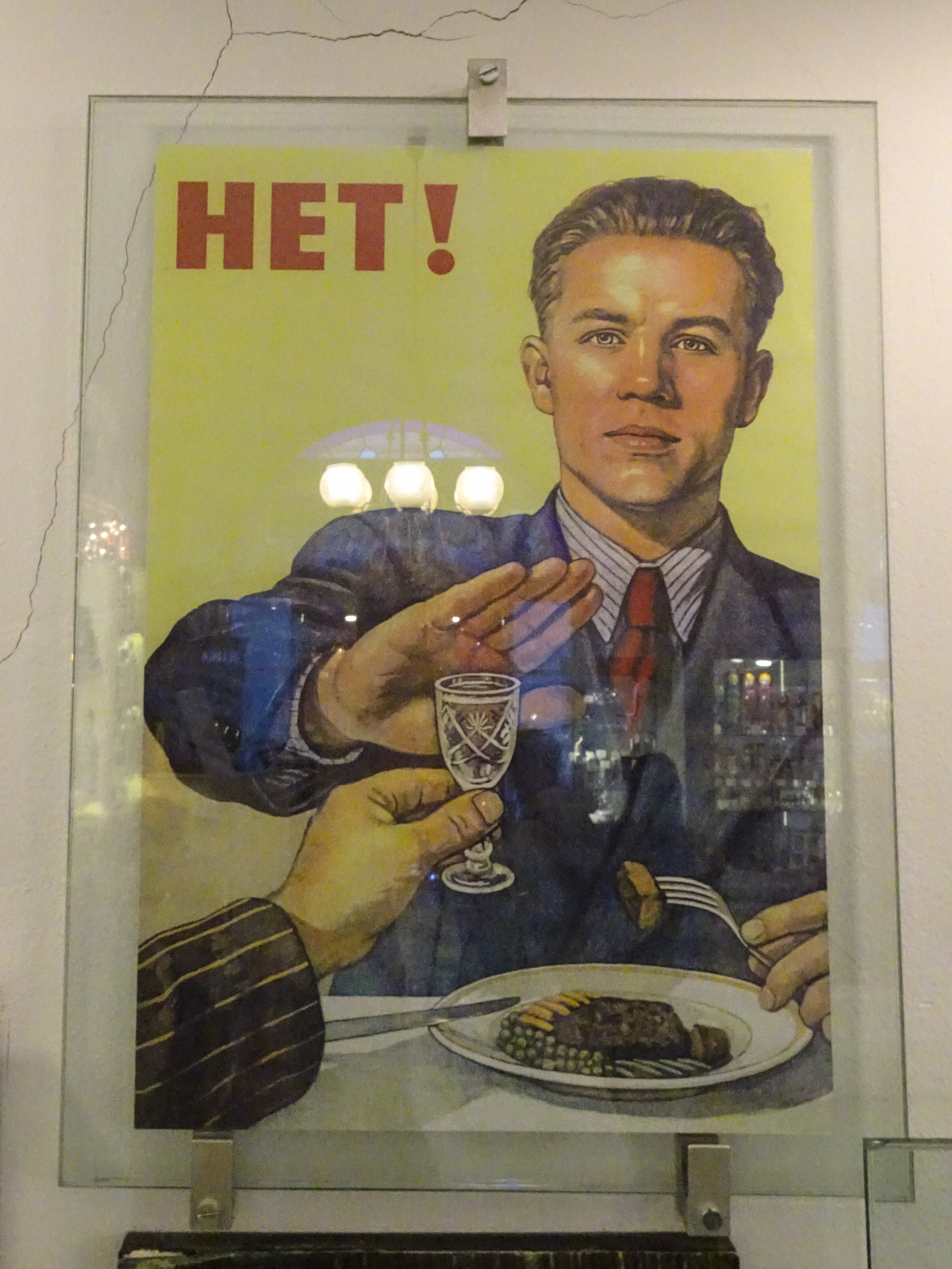 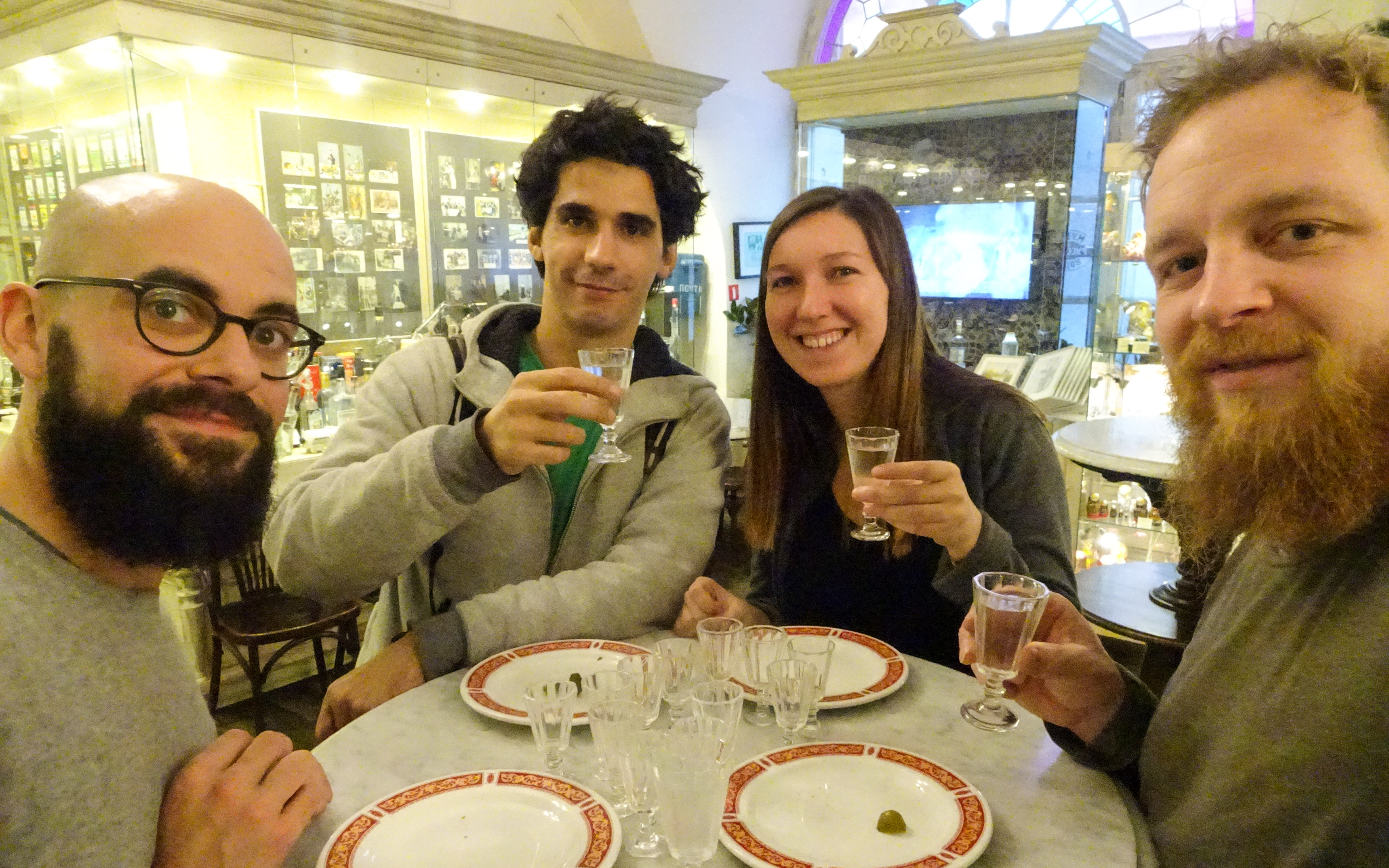 Having a few vodka shots with these Frenchies

Before I started this trip, I didn’t really think about Russia as a place to check out in detail. In my mind it was just “the way back”. But this day I was going to leave Russia and I felt a little sad about it. Russia has been amazing for a total of 11 weeks during my trip. A whole different kind of desolation than Mongolia. Amazing hospitality, kindness and interest all over the place. Very poor and very rich places. Amazing roads in the most remote areas and really crappy ones too if you look for them. And trees, so many fucking trees. And snow. I will surely be back!

This day I crossed the border back into the EU on my way to Tallinn. The border crossing was a breeze and I felt welcome. Up until I was flashed by a speed camera (20 minutes over the border) of course. My second ticket in 50.000 km :). Before Tallinn I decided to drive to the coast and park the car. It was a bit hard to find a spot in the dark, but I managed to find something nice right next to the water for the night. 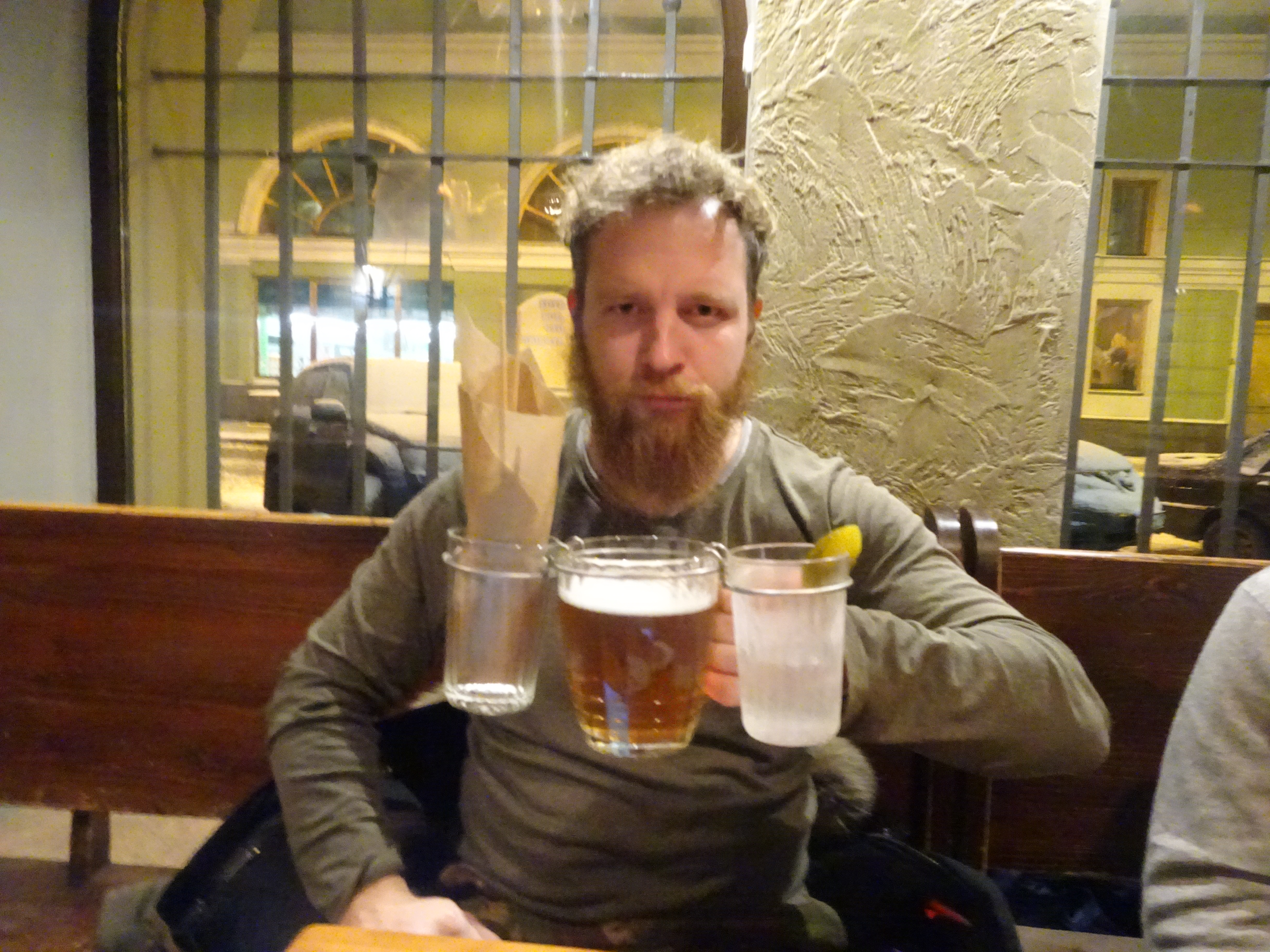