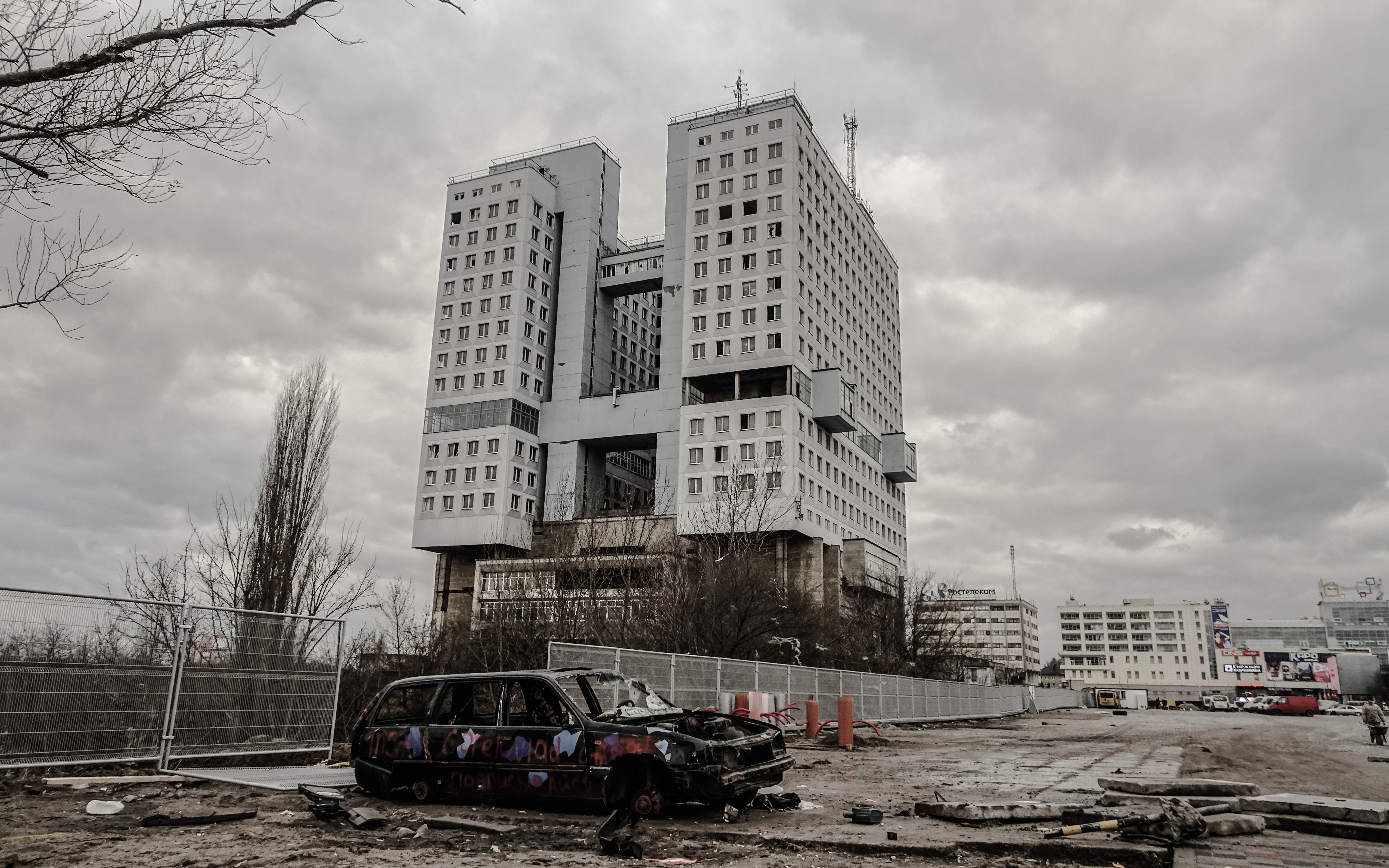 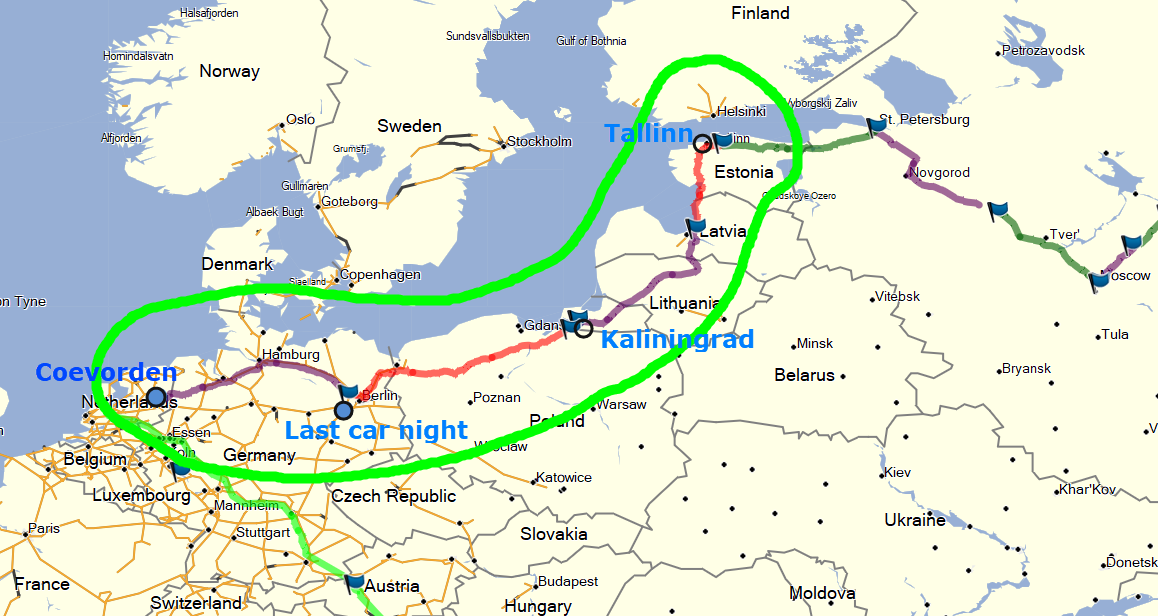 This day day I drove into Tallinn, walked around for a couple of hours, and drove out again. Good looking place with a cute, tourist filled, center. I found a nice hamburger place on the road towards Lithuania where I ordered a huge hamburger with fries and coke. After that I drove for about 320 km until I found a place in the forest next to the road. Another night in the car. The next morning I poured the last of my Russian diesel in my tank and continued my return. 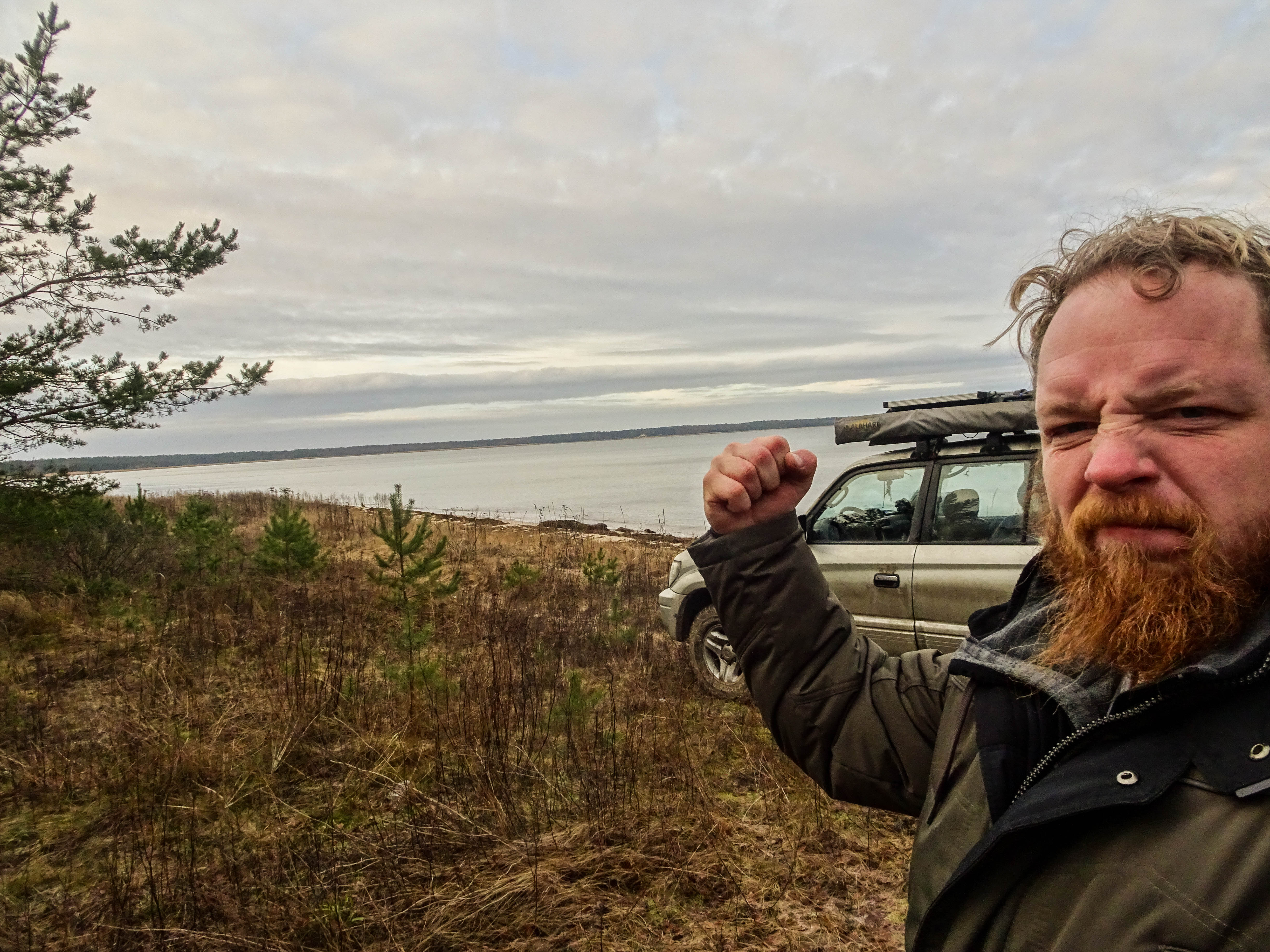 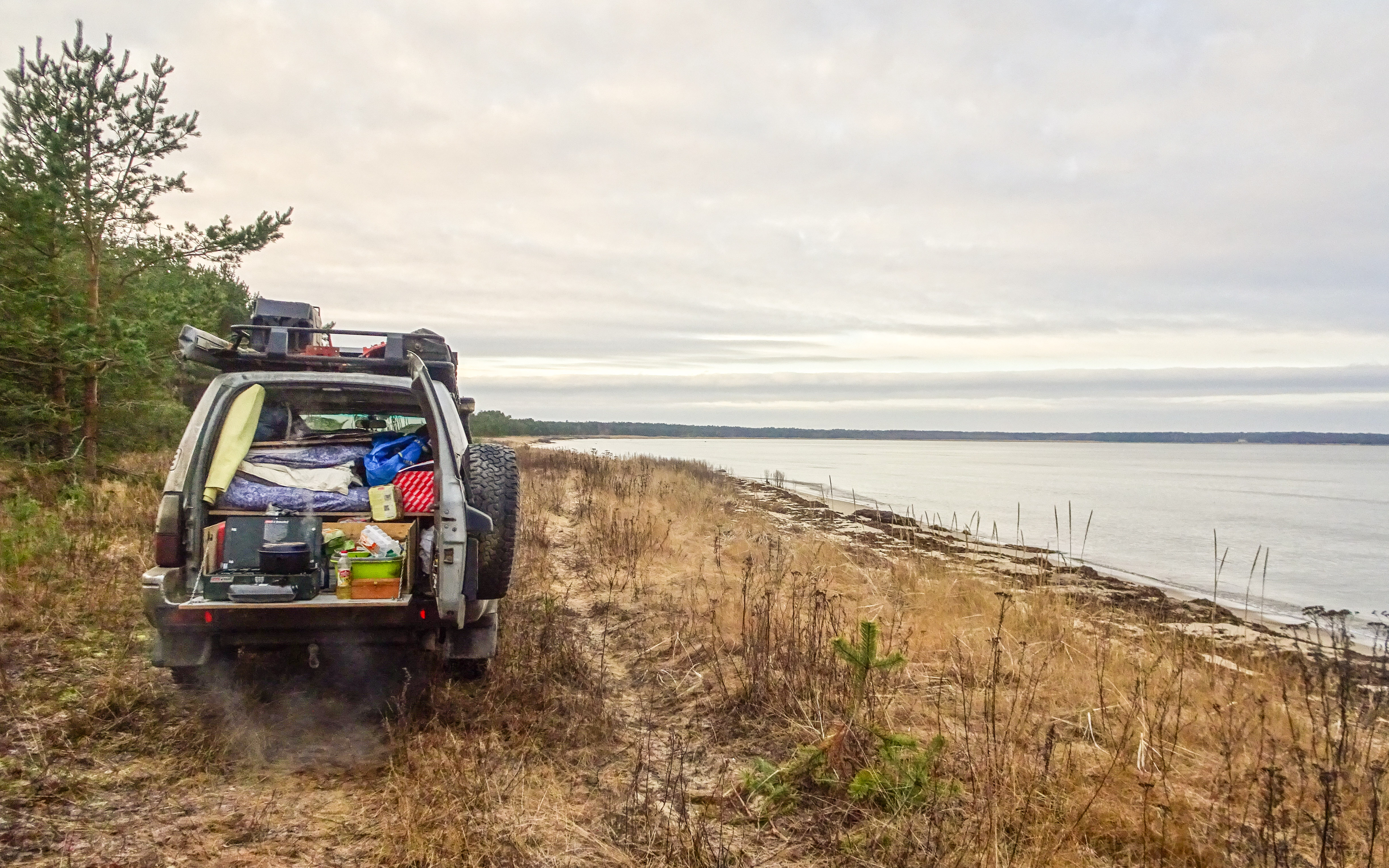 Sleeping at the coast near Tallinn 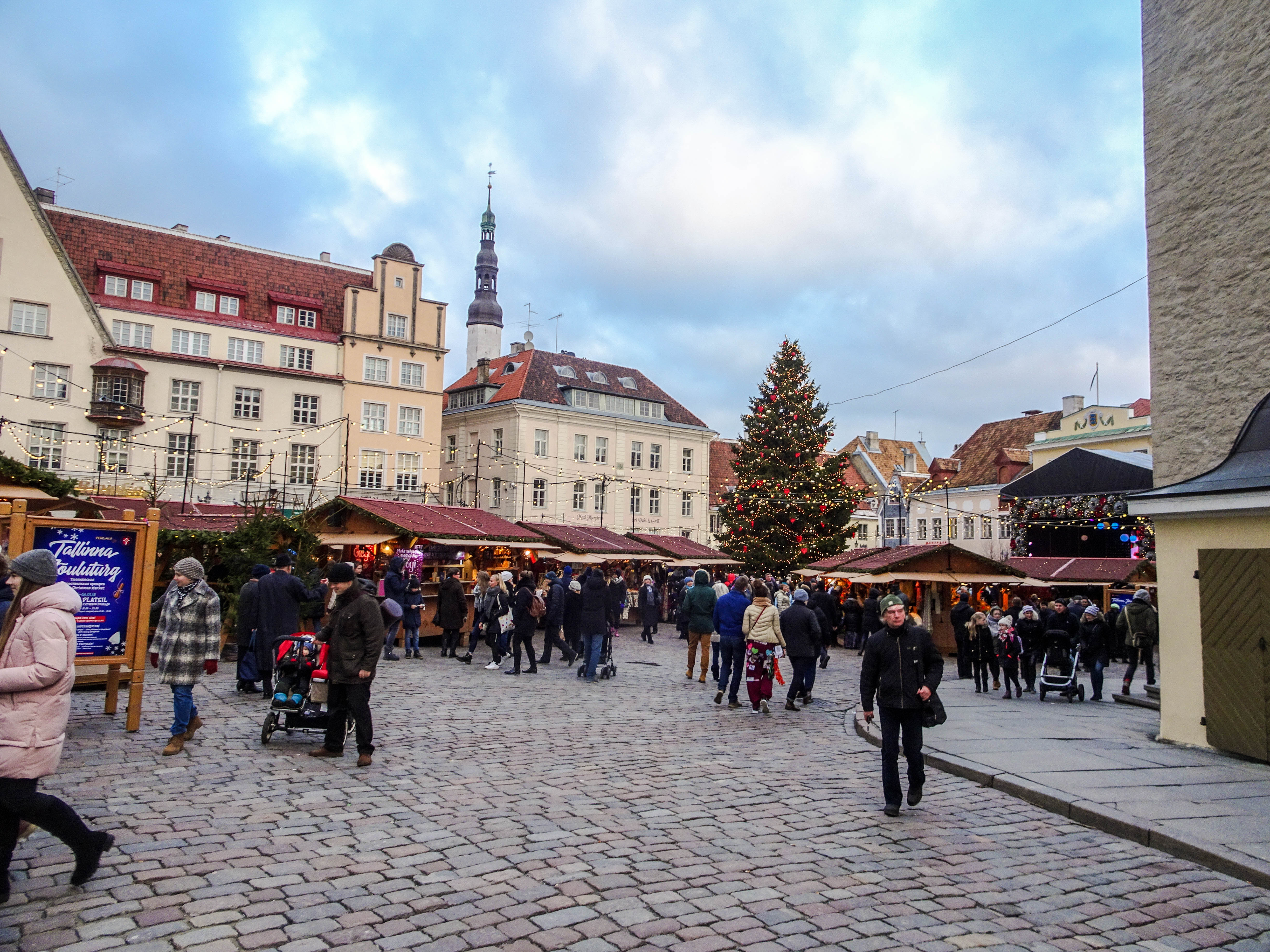 A snapshot of my 2 hour Tallinn walking tour

When I passed Riga, I made a bit of a funny decision. I took a right turn and drove towards Russia again. That evening I ended up at the border crossing near Kaliningrad. I’ve always wanted to go there for some reason and it would be stupid to pass it now. This crossing was annoying. It was cold, the paperwork had to happen outside and took quite some time to get done. The border guards were friendly but pragmatic. They didn’t see the point in me going to Kaliningrad for a night, but when I told them the short story of my trip, they were more enthusiastic and let me in. I found another hostel on my Osmand mapping tool that turned out to be ok. I could park the car safely in the neighborhood and went out for some food and a beer in town. I ended up drinking with some locals. The situation was a bit weird because they started making some trouble with a table next to ours. Nothing happened in the end and they made up for some reason.

The next morning I went for a walk through town. I don’t want to sound mean, but Kaliningrad is not a very pretty place. The old German Königsberg was mostly destroyed in the war by the British, and the remaining German buildings were mostly demolished by the Soviet regime and replaced by flats and Brutalist style buildings. They have started the construction of some German-style buildings by the riverside but with the old Soviet style monstrosities in the background it isn’t a pretty sight. The old Juditten (c. 1288) church has however been preserved and restored. In the center of town is the a building called House of Soviets. It is a Brutalist monstrosity that has never been used due to funding problems. Interesting stuff :). 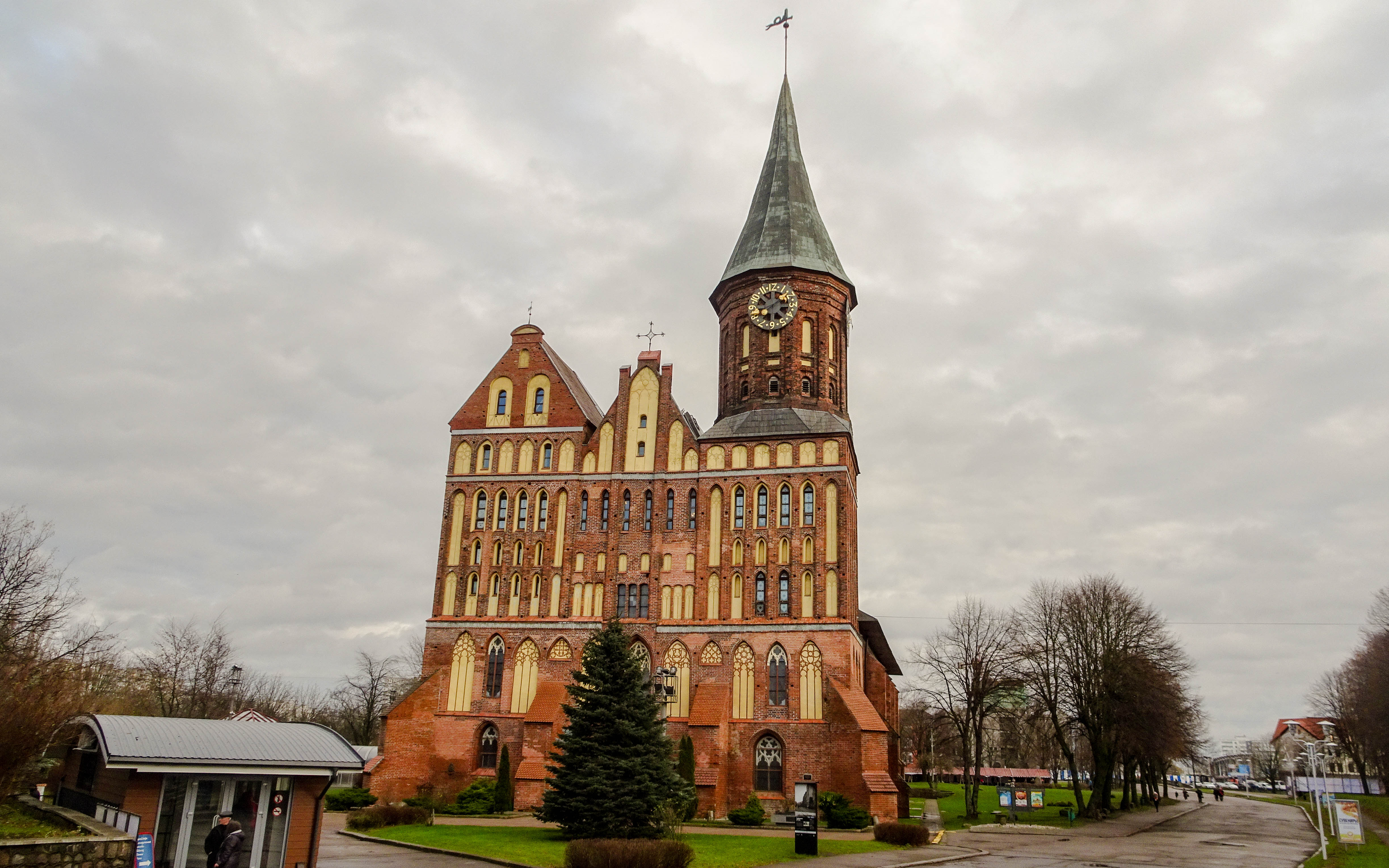 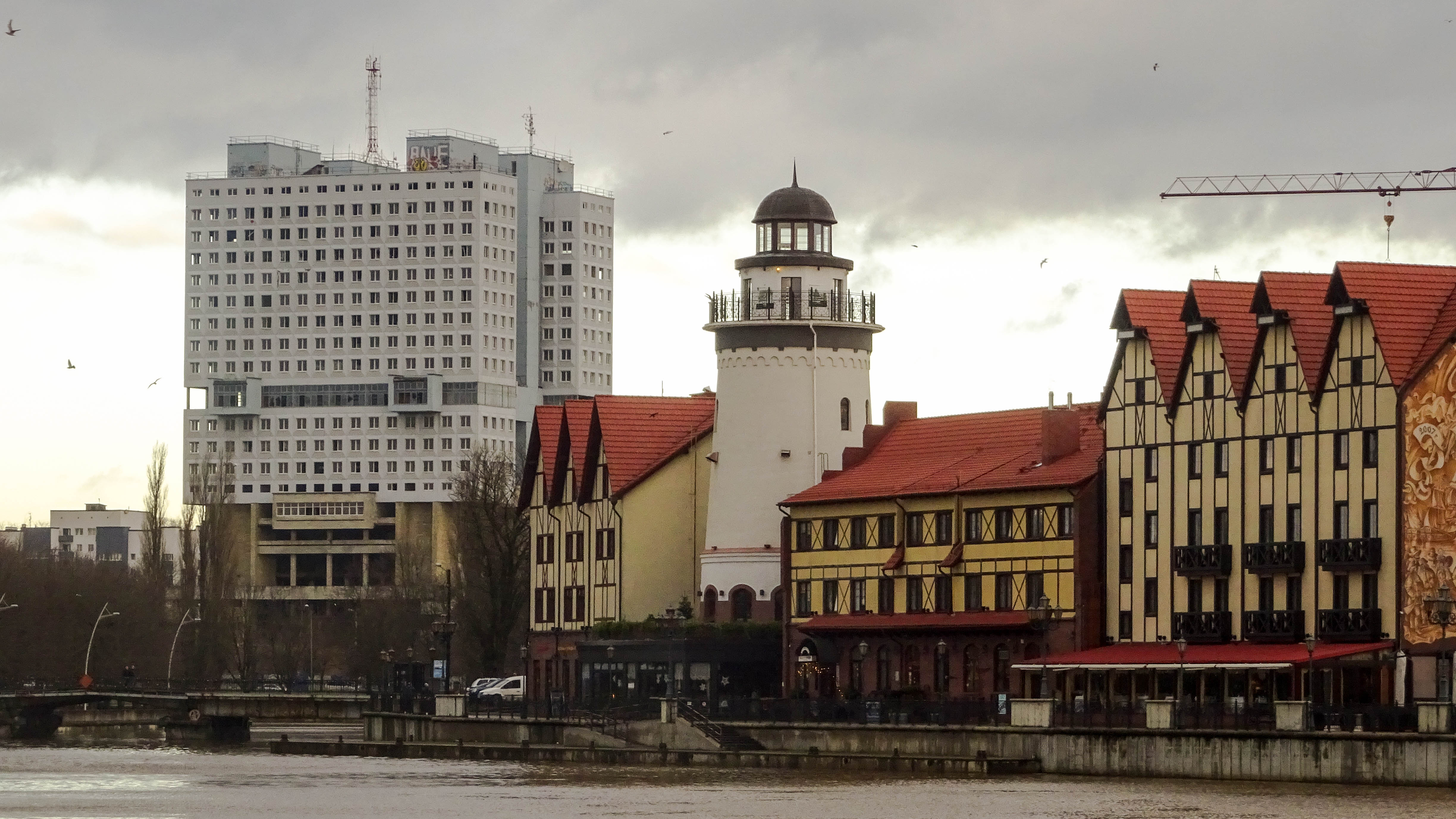 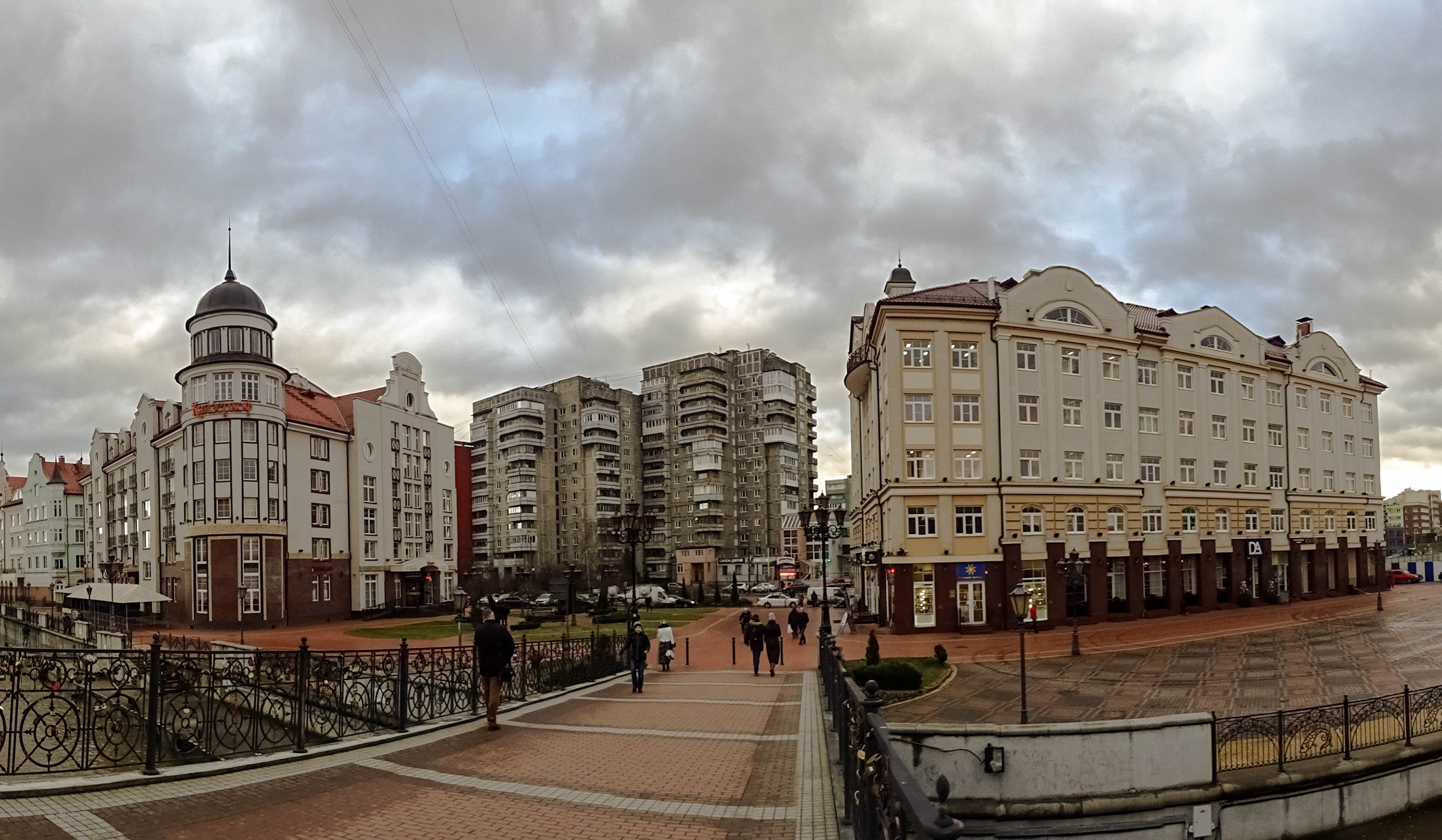 Nice new buildings with horrible flats behind it 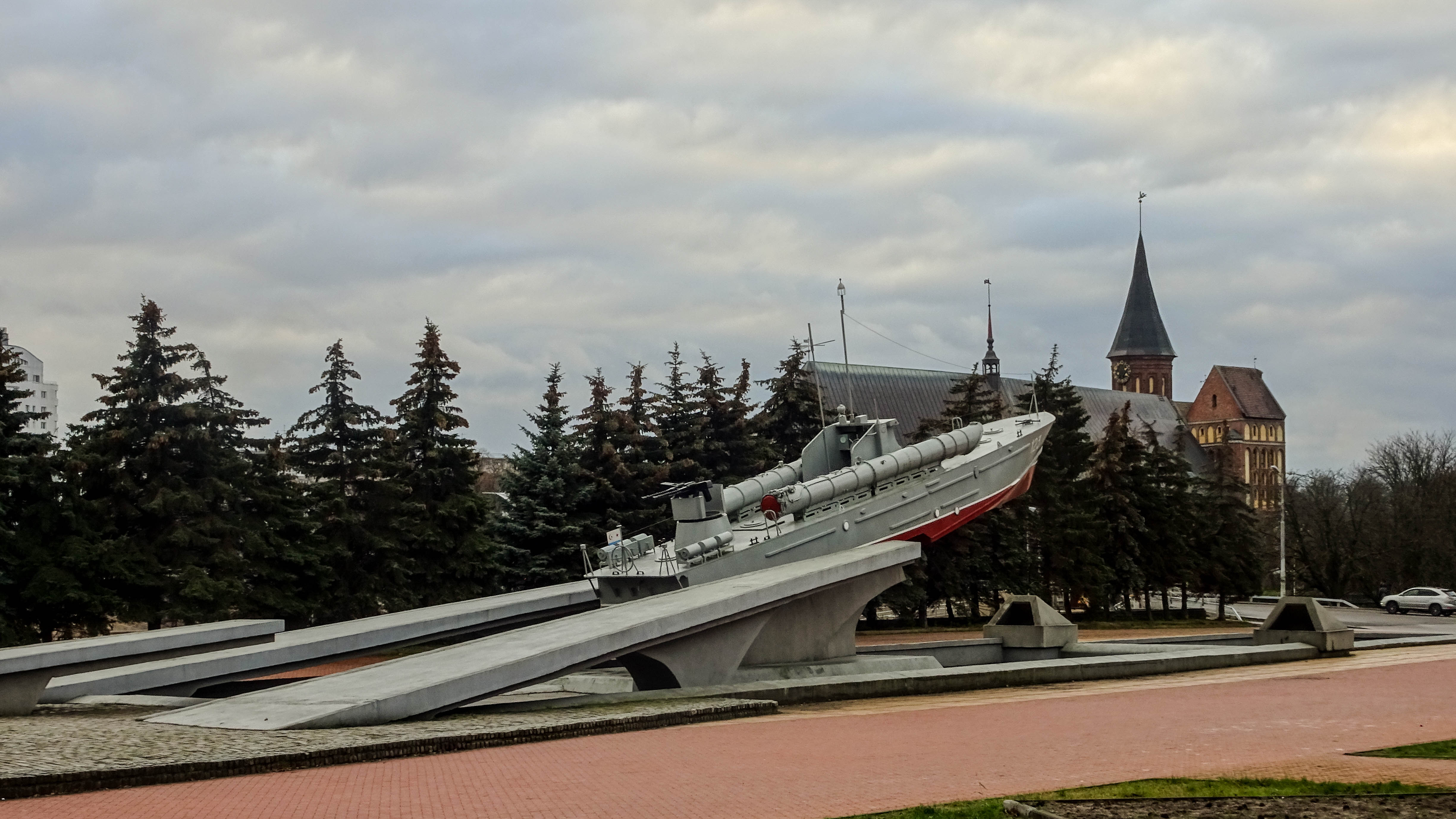 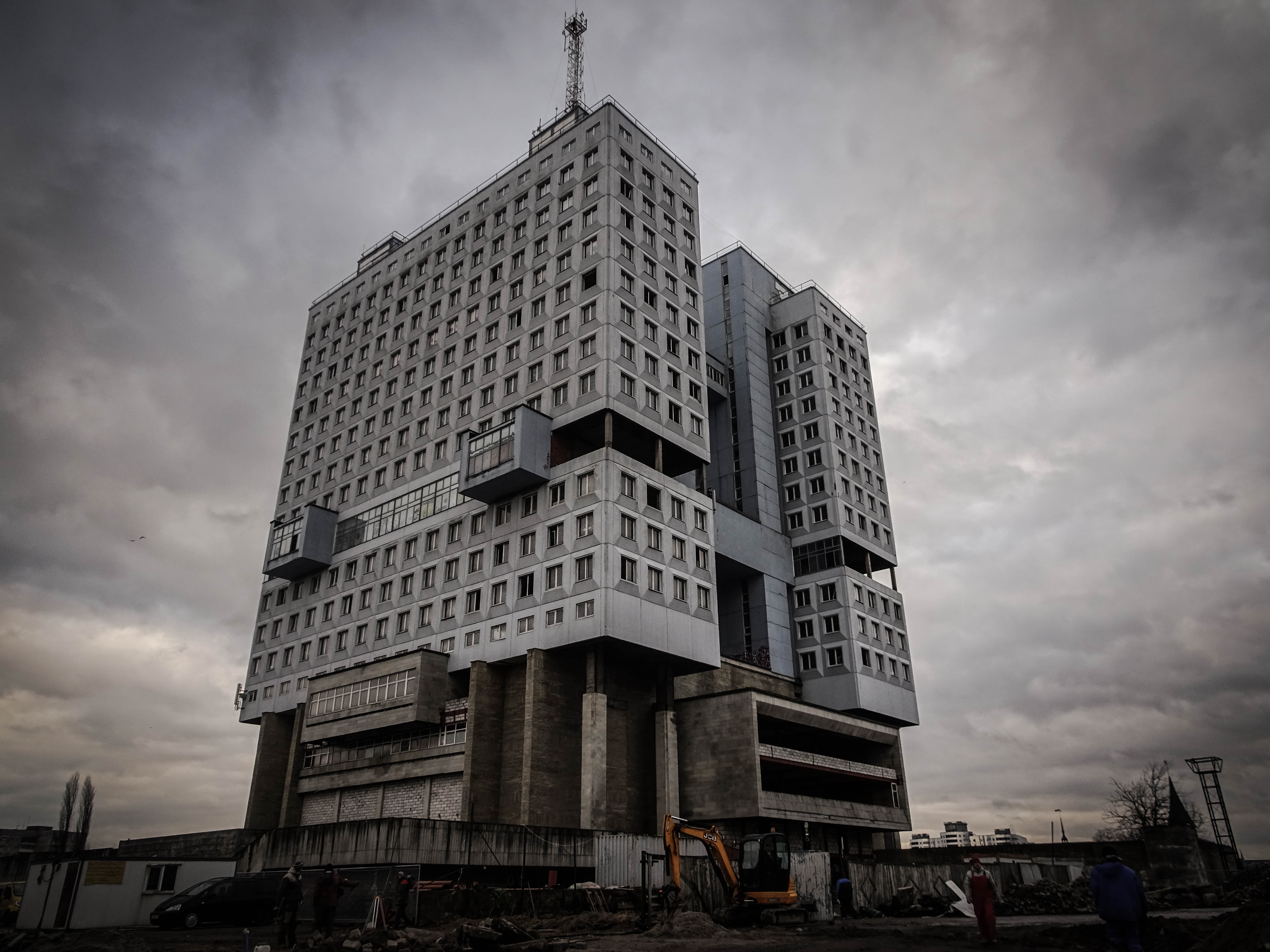 I think this building is amazingly photogenic

Late in the afternoon I left town to find a camp spot somewhere close to the border. At some point I left the road and drove into a meadow (in the dark). Bad choice. Brutus got completely stuck in clay sludge on a down slope. Going forward was not an option because the sludge only looked worse ahead. So I spent about 2 hours getting dirty, trying to get the car out. Eventually I got out with very low tire pressure, the one traxx place that I had left, and a load of wood that I found nearby. Once again, I made no pictures because I was too busy working to get out. Half hour of searching later I found a really nice/creepy spot under some trees and had a simple dinner before falling asleep like a rock.

My creepy camp spot, being not so creepy during the day

I took my time making some breakfast and to blow up the tires again, before heading towards the border. I don’t really remember this crossing very well. To be honest, I don’t remember Poland at all and Germany neither. This day I drove for 650 km straight through Poland, into Germany where I found a forest parking spot right past Berlin.

It was a weird morning. The last morning of the trip. I felt weary and nostalgic. I made my standard breakfast and set my broken trousers on fire to warm up my hands a bit before driving.

540 kilometers later I knocked on my grandmothers door in Coevorden. The first familiar face in about 4 months.